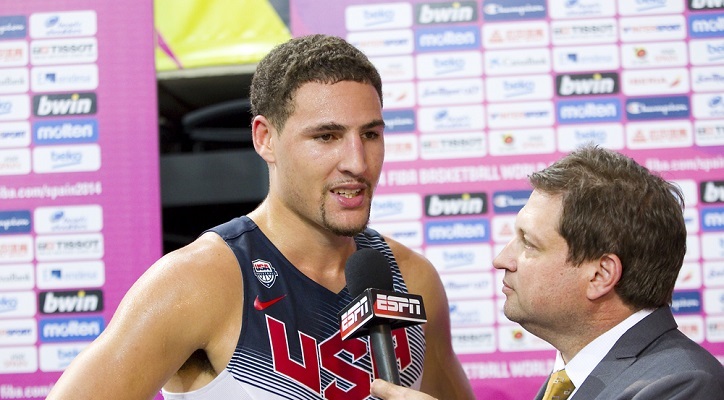 Shooting guard, Klay Thompson, plays for the Golden State Warriors, in the National Basketball Association (NBA). He always leaves his presence in every game, by rising above the opposition and delivering when his team needs him the most.

Klay Thompson is known for his shooting and free-throw skills. Despite being a capable handler, Warriors use him to catch and shoot the ball. Thanks to his size, he comes off as a strong defender, despite his lack of steal and shot block ability. He signed a 10-year sponsorship deal with Anta, a Chinese shoe company.

Due to a misdemeanor criminal citation for possessing marijuana, he was unable to play for the last game of his first season for the Warriors. As he won the NBA title in 2015, he entered the history books as the fourth father-son pair to achieve this feat. Thompson loves to play chess and met Magnus Carlson, a grandmaster in this board game. 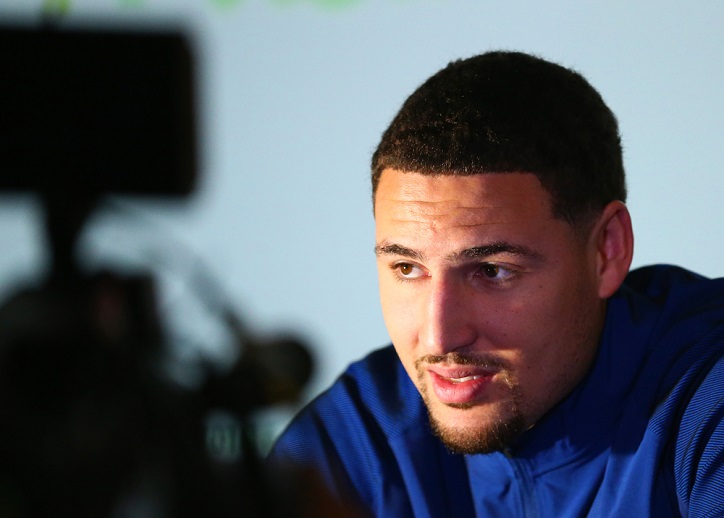 Born to Mychal and Julie Thompson on February 8, 1990, Klay Alexander Thompson’s family had a rich history in sports. In the 1978 NBA draft, the first overall pick was his father. Similarly, his mother played volleyball at the University of San Francisco and the University of Portland.

Klay went to the Santa Margarita Catholic High School, located in Rancho Santa Margarita. During his junior year, he was a part of the All-Area second team. When he became a senior, he set the record for most three-pointers in a game with seven successful shots.

After joining the Washington State University, he went on to play every game for the team as a freshman. He averaged 12.5 points, with an excellent free throw and 3-point field goal percentage.

In the sophomore year, he helped his team reach the Great Alaska Shootout Championship. Thanks to his excellent performance of 43 points in a single game, he got the Most Outstanding Player award. He was part of the All-Pac-10 First Team. At the end of the season, his average was 19.6 points.

As the athlete left a memorable mark on the Washington State University with his incredible performances, they retired jersey number one, which he wore as a player. Steve Puidokas is the only other basketball player from this university to receive such an honor. 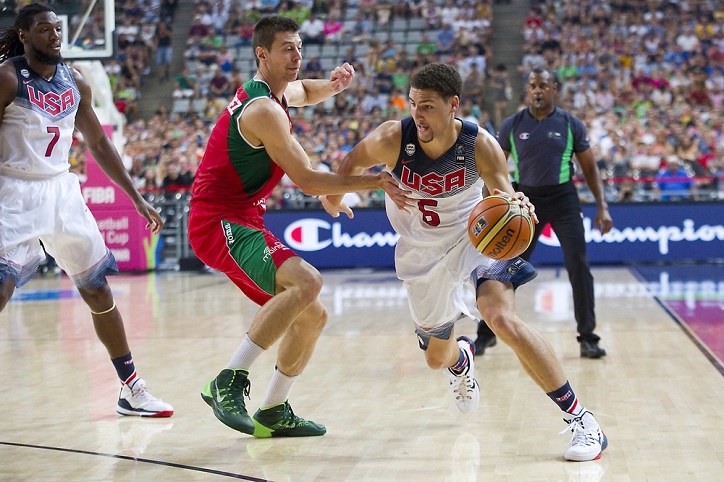 Klay Thompson was the 11th pick by the Golden State Warriors during the 2011 NBA draft. He didn’t feature in the Rising Stars Challenge during the NBA All-Star Weekend in 2012. Thompson used this as motivation to improve his performance, bringing up all his averages. When playing against Boston Celtics, he scored 26 points. In the following week, he drained 27 points against New Orleans Hornets, a season-high for the athlete.

The first time Klay got into the NBA All-Star Western Conference team was in 2015. In the same season, he got to lift the NBA Championship title with the Warriors, after they beat Cleveland Cavaliers within six games in the finals.

When the Golden State Warriors played against Houston Rockets in 2019, there was controversy on Thompson’s play. There was a belief among the Rockets fans that he was out of bounds. As a result, it was possible for the Rockets to take the game into overtime. The Referees, an account on Twitter, defended the actions of their official, saying there wasn’t any mistake with the call.

During the match against the Raptors, Thompson performed the “Big Balls” celebration. The majority of the players think twice about doing this move, as NBA fines athletes. The reason is that they find this celebration obscene to family viewers. He signed a five-year contract, a deal worth $190 million, with the Warriors.