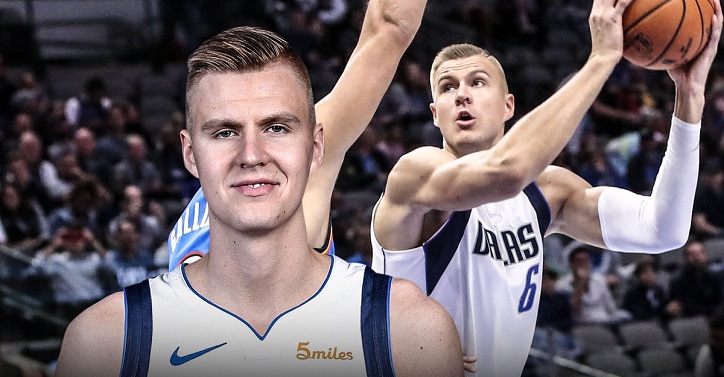 Krostaps Porzingis born on 2nd August 1995 is a basketball player with origins in Latvia.

Kristaps was introduced to basketball at a young age by his parents and older brother, all of whom were basketball players. His impressive game caught the eye of a sports agent who got him his first break when he got an opening to play with Baloncesto Sevilla, a professional basketball club in Spain.

During his Rookie season of 2012-2013, with Sevilla, he scored his first basket with a match against Spartak on 20th February 2013. He never got substantial playtime but on May 4th, 2013, he posted a season-high 7 points against Bilbao Basket. 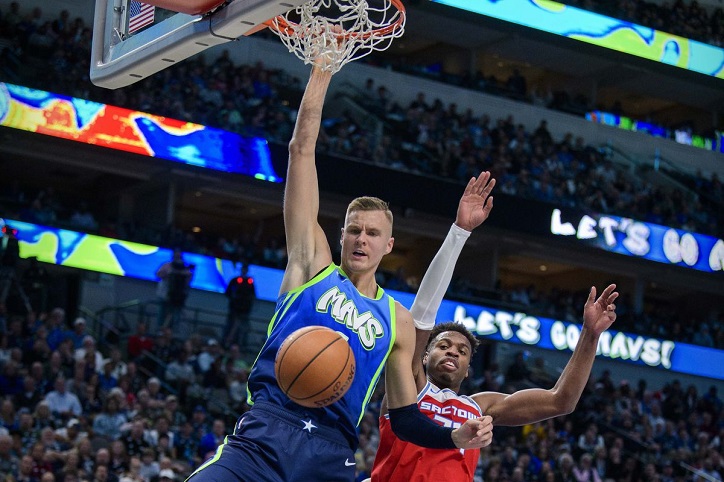 Kristaps' second season was much more eventful. He led his team to victory against a EuroLeague team called LoboralKutxa. In the game, he scored a career-high 12 points, 4 blocks, and 6 rebounds. He was at it again, when he broke his own scoring record against Real Madrid Baloncesto on 30th November 2013. A repeat performance with the same team on 6 April 2014 saw Kristaps scoring 2 three-pointers and a career-high of 20 points.

In April of 2014, with the backing of a solid season behind him, Kristaps declared himself eligible for the 2014 NBA draft. The NBA had an eye on him even before he declared his eligibility. In fact, Orlando Magic had traveled to Europe to scout him. However, after some serious thinking and introspection, Kristaps decided to withdraw from the draft as he felt he needed time to develop his game.

Kristaps started his season against Liga ACB scoring 3 points in the game. He played his first EuroCup 2014-15 on 15th October against the EWE Baskets Oldenburg. He scored only 2 points in that game but had a very strong game a week later against Pallacanestro Virtus Roma where he scored 18 points, 7 rebounds, 4 steals, 4 assists, and 2 blocks.

On 11 February 2015, he recorded a season-high 19 points against Turow Zgorzelec. Hi, performances in the EuroCup got him the Rising Star Award of the season.

After a great season, with lots of opportunities to hone his skills, he entered the 2015 NBA draft. He was on the top 5 selection and the Los Angeles Lakers were rooting to get him into the side. However, on June 25, 2015, Kristaps was picked up by the New York Knicks.

On his debut with the New York Knicks, he scored an impressive 16 points. The Knicks won the game 122-97 against the Milwaukee Bucks. His great form continued when he scored 24 points, 14 rebounds and seven clock shots against the Houston Rockets.

He led the team to a resounding victory of 107-102. In the process, he also became the first 20-year-old to record such impressive statistics since Shaquille O Neal in 1992. 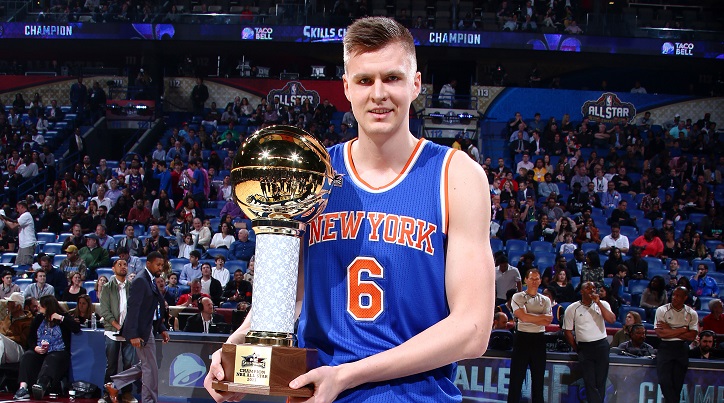 Kristaps finished the season averaging 14.3 points, 1.3 assists, 7.3 rebounds and 1.9 blocks per game. In the voting for the NBA Rookie of the Year Award, he was second to Karl Anthony Towns.

By the end of 2018, I earned 300 points in 10 games and was named the Eastern Conference All-Star Reserve.