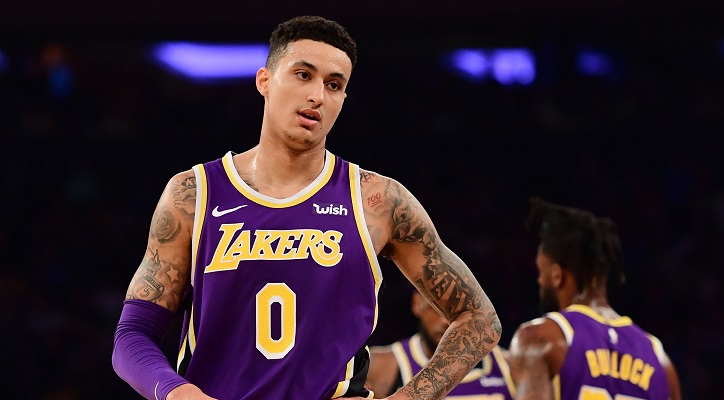 He is a 6 ft 7 in a tall player who has been a part of the National Basketball Association (NBA) scene since 2017, and his career has seen an upward graph since the beginning. Recently, Kuzma impressed critics and fellow players alike by achieving his career-high 41 points in the Lakers - Detroit Pistons match.

Kuzma was born on 24th July 1995 in Flint, Michigan. His biological father is Karri Kuzma, who was known for his shot put skills during high school. However, Kuzma doesn't spend much time with his father; he has, in fact, met him just once when he during his early childhood.

He is much closer to the father of his half-siblings, Briana and Andre. It is said that Kuzma was first introduced to his favorite game when a basketball rink was installed inside the house he was staying by both his fathers, Karri Kuzma and Larry Smith. 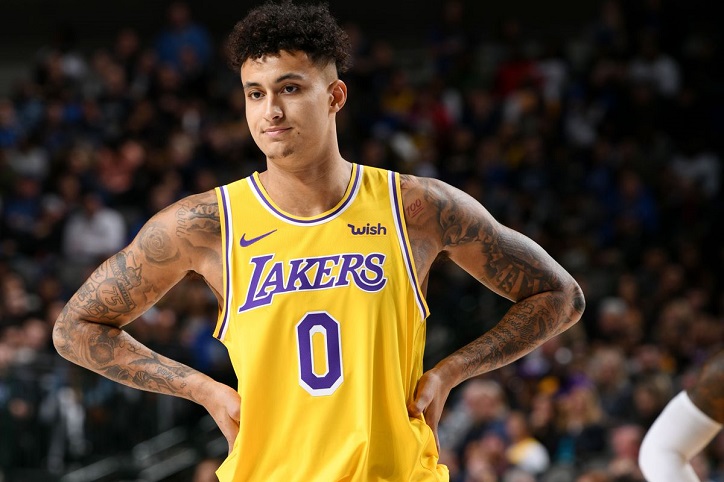 In Kuzma's view, the town that he grew up in was known for its high violence levels but he always found company and safety when he was playing ball. Kuzma was involved in the game right from his school days at Bentley High School.

Kuzma considered himself talented enough to attend educational institutions offered greater scope to players who wanted to take up the sport seriously, and his belief was shared by other people.

In hopes of attracting attention from the right people, Kuzma used to get his high school matches taped and sent them to prep schools. Vin Sparacio, YMCA's Rise Academy's head coach found Kuzma a talented player with natural skills. He offered Kuzma a spot in the school and its team, and from there Kuzma's career in basketball only became stronger.

Kuzma's average of 22 when he was with rising Academy helped him garner the attention of Division I schools of various states, such as Missouri, Tennessee, Connecticut, and Iowa State. Kuzma, however, chose to enroll at the University of Utah in 2013.

As Kuzma signed up late for his university's team, he had to redshirt his freshman year but became involved during the sophomore year. During this period, he maintained an average of 10.8 points and it moved up to 16.4 points in the next year.

With 2.4 assists and 9.4 rebounds' average per game, Kuzma managed to land a spot in the All-Pac-12 honor roll. Although he chose to forgo the last year of his college eligibility with the university in 2017, Kuzma did earn his sociology degree from there. 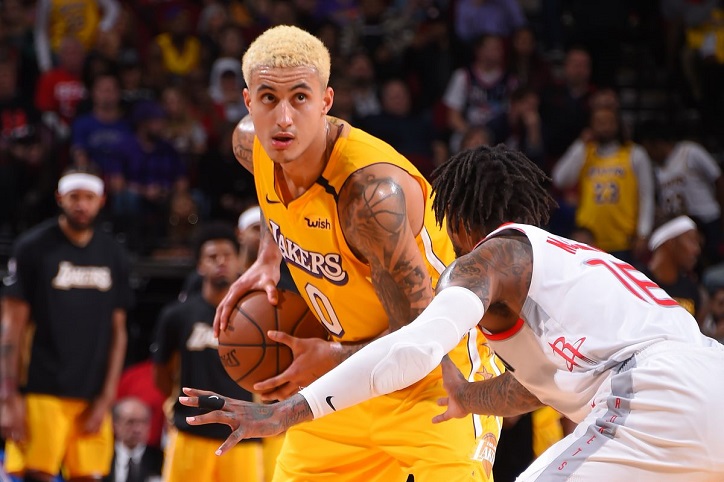 Kuzma became the 27th draft in the first round of the NBA Draft of 2017. He was picked by the Brooklyn Nets, who almost immediately traded off to the Los Angeles Lakers in exchange for Timofey Mozgov and D'Angelo Russell.

Since joining the Lakers, Kuzma's game has improved considerably; he has managed to maintain an average of roughly 20 points in each season, appearing in a good number of matches, and quickly hitting 30 and 40 point averages in subsequent matches.

He also holds the distinction of being the first NBA rookie who amassed 330 points, 120 rebounds, and netted 30 three-pointed in just 20 matches.

Known to be a fitness enthusiast, Kuzma once expressed his admiration for LeBron James who still managed to be the first of the Lakers to hit the gym. Kuzma's current net worth is estimated to be $3 million.

Kuzma was also recently in the news because after a match between the New Orleans Pelicans and Lakers, when he went to hug and interact with Lorenzo Ball, the latter didn't seem too keen on returning Kuzma's enthusiasm.

The ball, however, appeared to be more cordial with other players like Bradley Avery so the awkward interaction wit Kuzma set some tongues wagging. Kuzma, however, denied any bad blood between the two talented players.