David Johnson Lane, born on the 8th of May, 1990 in Groveton, Texas, is a professional American football player playing in the position of offensive tackle and currently plays with the Philadelphia Eagles of the National Football League (NFL).

Lane attended Groveton High School. He used to play football and compete in track while in school. Johnson played as a quarterback and received an honorable mention for his performance in this position.

At the same time, he finished fourth in the shot put competition at the 2008 Texas Athletics Championships.

Johnson, who also showed great talent as an athlete during high school, first attended Kilgore College and played for their team, the Rangers, both as a quarterback and as tight end college football.

After a year he moved to the University of Oklahoma with the goal of playing with the Sooners. He had to pause for a season in accordance with the NCAA's restrictive transfer regulations.

After the 2009 season without any match, he started the 2010 season as a tight end before changing positions during the season, to adopt that of the defensive end. 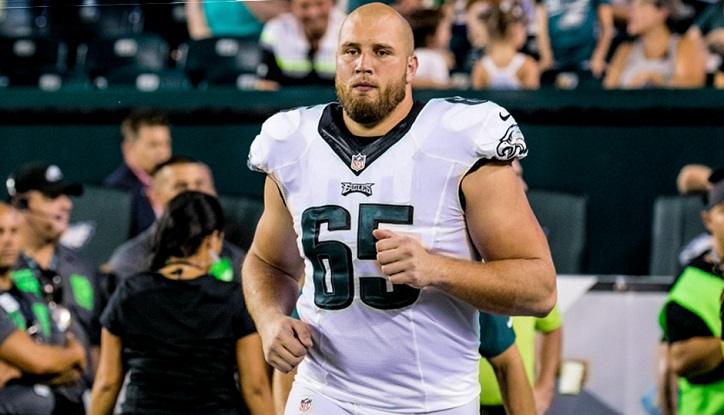 In 2011, he was moved again, but this time to the tackle offensive position and played twelve games out of thirteen as a starting player this year.

He remained starter during the 2012 season where he was named in the third All-American team of CBSSports.com. He graduated in human relations.

Johnson was selected by the Philadelphia Eagles in the first round (4th place) of the 2013 draft. He was the third offensive tackle to be selected, behind Eric Fisher and Luke Joeckel.

In his first season in 2013, he competed with Dennis Kelly for the starting position of right tackle, but an injury to Kelly allowed Johnson to start in all 16 games of the regular season, helping the Eagles qualify for the postseason by winning the NFC East division with a 10-6 record.

In 2014, he missed the first four games of the season after being suspended for testing positive for a drug test.

Despite this, he was a starter in the other 12 games and only allowed one capture, which is why Pro Football Focus considered him the second-best right tackle of the season and was named in the All-Pro team.

In 2015, Johnson started all 16 games as a starter, including two as a left tackle to replace veteran Jason Peters. That season he was considered the 10th best right tackle by Pro Football Focus. 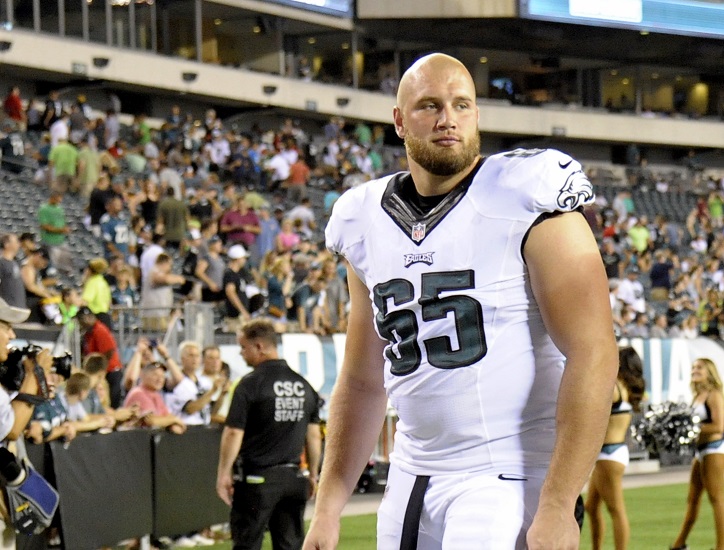 On January 29, 2016, the Eagles extended Johnson's six-year, $63 million contracts, making him the highest-paid right tackle in the league.

However, he only participated in six games in 2016 due to a suspension of 10 games for failing a drug test for the second time.

In 2017, Johnson started 15 games for the Eagles. He only missed one game due to a concussion suffered in the Week 5 game against the Arizona Cardinals.

On December 19, he was named to his first Pro Bowl, and at the end of the season, he was considered the best right tackle by Pro Football Focus, as well as being named the official All-Pro first team.

The Eagles won the NFC East division with a 13-3 record and eventually won Super Bowl LII, the first in its history.

In 2018, Johnson again started 15 games for the Eagles and was selected to the Pro Bowl for the second year in a row, this time replacing the injured Tyron Smith, Dallas Cowboys tackle.

On November 29, 2019, Johnson signed a four-year, $72 million contract with the Eagles, with $54,595 million guaranteed. That contract made him the highest-paid offensive line player in the NFL.

Although he only played in 12 games, he was invited to his third Pro Bowl in a row to replace the injured David Bakhtiari of the Green Bay Packers.