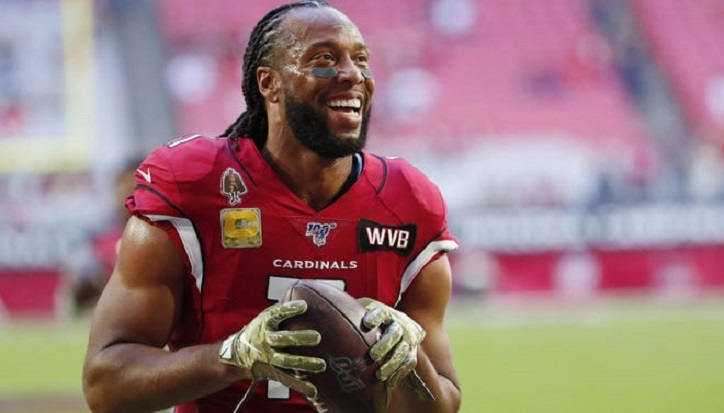 Standing at 6’3” tall and weighing around 218 lbs, Larry Fitzgerald Is an NFL wide receiver who exhibits his skills for the Arizona Cardinals. He was born on 31st August 1983 in Minneapolis, Minnesota.

His father’s name is Larry Fitzgerald Sr. who happens to be a sportswriter for Minnesota Spokesman-Recorder. His mother’s name is Carol.

As far as his schooling is concerned, he attended the Academy of Holy Angels in Richfield, Minnesota. During his tenure at the school, he became a First Team All-state-wide receiver two times.

There were certain guidelines that were required to be met in order to play football as a freshman and Larry did not meet them. Hence, he spent around a year in the Valley Forge Military Academy which is located in Pennsylvania. 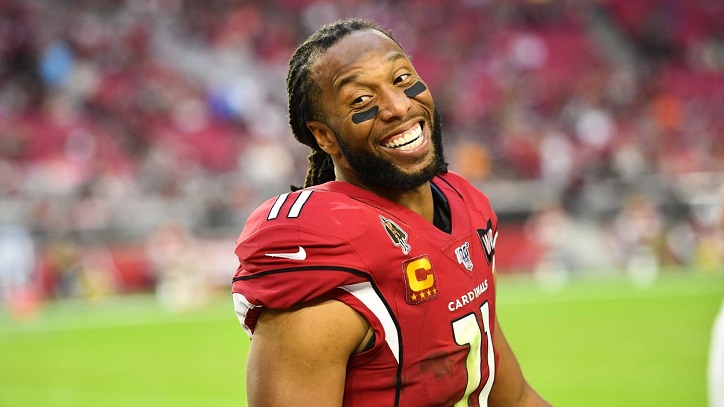 He went ahead and joined the University of Pittsburgh were due to his performances on the field he was believed to be the best among the wide receivers of the university team.

Due to his amazing dedication and his commendable performances, the University of Pittsburgh decided to retire his jersey permanently as a mark of respect for him.

Overall, he is the 9th player who had received such kind of honor and respect from the university due to their significant achievement.

Larry was picked up by the Arizona Cardinals. He made his debut against the St. Louis Rams. But his team lost the game 17-10 to the rams.

However, in another game against the same opposition, Larry set a milestone when he became the youngest player who had two touchdown receptions in the same game.

In his debut year, he had 59 receptions, eight touchdowns for 780 yards.

In his second season in 2005, he improved his game vastly with 103 receptions coupled with 1,409 yards as well as 10 touchdowns. In the same year, he was nominated to his first Pro-Bowl.

2006 saw him start his campaign against the San Francisco 49ers in a victory with the scores at 34-27. This season saw his receptions tally at 69 with 6 touchdowns and 946 yards against his name.

In 2007, his team once again started against the San Francisco 49ers once again but this time, Larry could not weave his magic and the Cardinals lost the match closely (20-17).

However, in this season he had 100 receptions, ten touchdowns, and 1,409 yards under his belt.

In the next season in 2008, he had 96 receptions, twelve touchdowns for 1431 yards. This was also a very good season for the Arizona Cardinals as they made it to the playoffs as well.

In 2009, He had 97 receptions, thirteen touchdowns, and 1,092 yards under his name. History repeated itself as the Cardinals qualified for the playoffs in this season too as their score was 10-6.

The 2011 season saw a rise in his fortunes as he was signed for an 8-year contract of 120 million dollars with the Arizona Cardinals which made him the fifth highest-paid player of NFL in the same season.

In this season, he had 80 receptions, eight touchdowns for 1,411 yards and had set a personal record for himself (17.6 yards/catch) 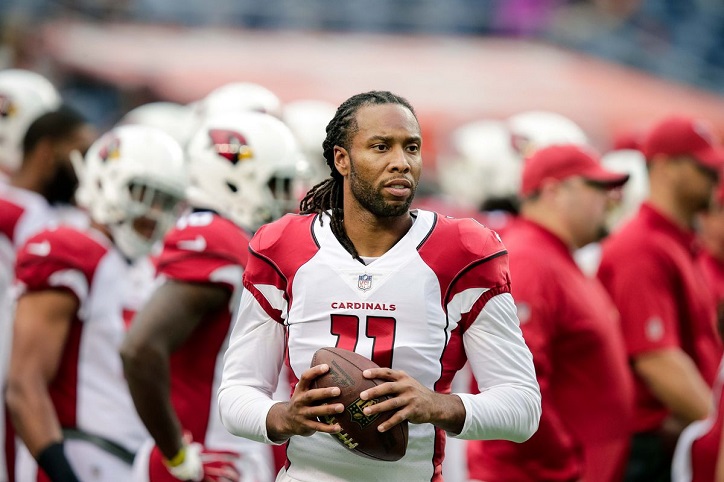 In the year 2016, Larry once again signed a 1-year contract extension with the cardinals for 11 million dollars. In that year he had 107 receptions, 6 receiving touchdowns, and 1,023 yards against his name.

The 2019 season saw a dip in his rankings as he had slipped to the 60th position in the earlier season as well. In this season his performance was below par and he had just 41.9 yards, 3 touchdowns, and 4.4 receptions under his name.

However, Larry has signed with the cardinals a 1-year deal worth 11 million dollars.

Overall, he has played 250 games in his career to date with the number of the reception standing at 1378 and touchdowns at 120.

He has been nominated in the NFL Top 100 list from 2011 to 2019 consistently which shows how valuable he is for Cardinals.

Also, he has 11 Pro-Bowls under his name and had received the player of the week award four times in his career.