LeSean McCoy is an American football player, born on July 12, 1988, in Harrisburg, Pennsylvania. He plays in the position of a running back with the Kansas City Chiefs.

Chosen during the second round (53rd overall) of the 2009 NFL Draft by the Philadelphia Eagles, he previously played football in Pittsburgh while in college.

After being considered one of the best prospects for running at the high school level, in 2007 and 2008 McCoy played football at the University of Pittsburgh, an institution he left two years early to start the professional adventure.

McCoy was chosen by the Philadelphia Eagles in the second round (53rd overall) of the 2009 Draft. He signed a 4-year contract on 29th June 2009.

McCoy got his first game start in Week 3 against the Kansas City Chiefs on September 27, 2009, after the Eagles had to deactivate starter Brian Westbrook after an ankle injury. LeSean scored his first touchdown in the first quarter on a 4-yard run. 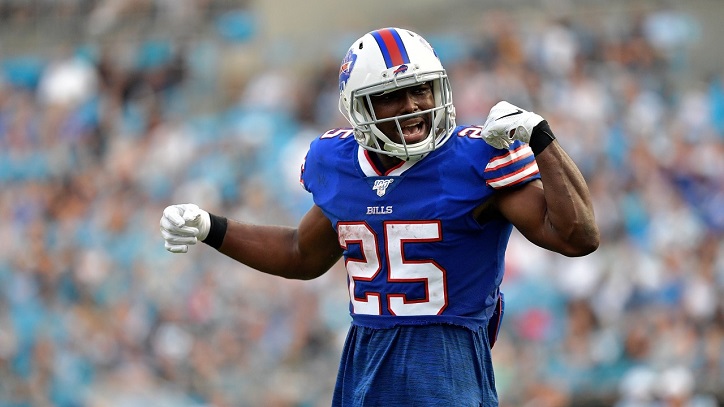 McCoy also started against the New York Giants on November 1st, 2009. He recorded 11 runs for 82 yards and a touchdown as well as received two passes for 10 yards.

McCoy played his third starting game in Sunday Night Football against the Dallas Cowboys. McCoy ran 13 times for 54 yards and received 5 passes for 61 yards in the 20-16 loss.

Westbrook suffered an injury against the San Diego Chargers and McCoy was again chosen to start on Sunday Night Football against the Chicago Bears. He played well accumulating 20 runs for 99 yards and touchdowns in the Eagles' victory 24-20

McCoy against the Redskins in 2011

On November 20, 2009, against the San Francisco 49ers, McCoy broke the Eagles franchise record for a rookie by running 606 yards in a year. The previous record belonged to Correll Buckhalter with 586 yards in 2001.

In 2010, he took advantage of the release of Brian Westbrook to establish himself as the undisputed starting running back of his team and ended the season by exceeding 1,000 yards in the race.

In 2011, his performances continued to improve, despite the mixed season of his team. One of his greatest assets is his low ratio of licensed fumbles.

He finished the season by breaking his team’s record for most touchdowns in a season with 17 touchdowns. This record, over 65 years old, was once owned by Steve van Buren.

These good performances enabled him to be designated for the Pro Bowl and earned him a new 5-year contract for $45 million.

His 2012 season, like his team, was rather bad. He failed to repeat his impressive performances of the previous year and finished far from the 1,000-yard mark. He also finished with only two touchdowns.

McCoy and the Eagles, led by the new coach Chip Kelly, started the season by beating the Redskins. McCoy carried the ball 31 times for 184 yards and 1 touchdown, which earned him being named Best Runner in the week.

During the next match, he only ran 11 times for 51 yards, but mostly caught 5 balls for 114 yards at the reception. The next game, he still exceeded 150 yards in the race in a defeat against the Kansas City Chiefs. 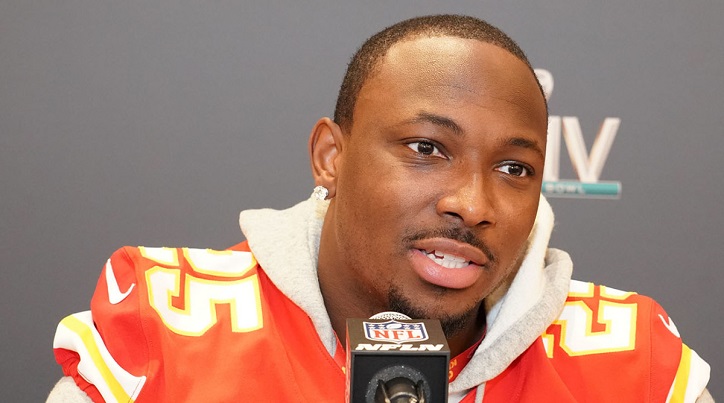 On December 8, the Eagles faced the Detroit Lions when the land was covered by more than 20 centimeters of snow. McCoy finished with 217 yards and 2 touchdowns in 29 races, allowing him to break the record for the most number of yards run by an Eagles player in one match and helping his team achieve a decisive victory against the Lions.

For this, he was again named Runner of the week. He then finished the season very well, running for 133 and 131 yards in the Eagles' last two games.

In total, he accumulated the largest number of races and yards in his career with 314 races for 1,607 yards, averaging more than 100 yards per game, and also registered 9 touchdowns in the race and 2 at the reception, all this for a single fumble.

He thus finished as leader of the entire NFL in terms of yards covered and received his second selection at the Pro Bowl.

On 3rd March 2015, after the end of his contract with the Philadelphia Eagles, he was exchanged for Kiko Alonso at the Buffalo Bills. He was with the team till 2019. McCoy was released from the Buffalo Bills during preseason 2019.