I think when you play a contact sport, there’s always an inherent risk to injury. At what point do you tolerate it, and at what point is it enough?

When the Panthers' star linebacker, Luke Kuechly, announced his retirement in January 2020 at the age of 28, he didn't mention the three concussions he had reportedly suffered in three seasons and did not cite injuries to be the reason for his retirement.

Instead, he expressed his fortune at having played defense for the Carolina Panthers for all eight years of his professional career and how, after giving all he had to the game, he felt it was time to switch to a different direction.

With the same love and commitment towards football that he had demonstrated throughout his time on the field, the tackling beast bid adieu to the sport, but not without hinting at a return as a more passive member of the football community. 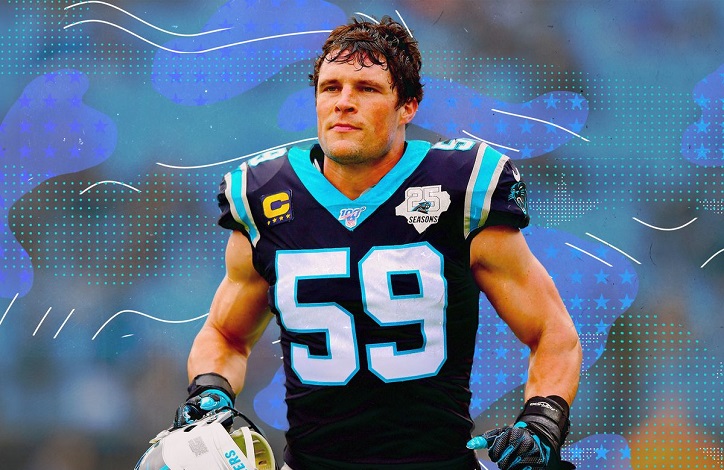 Started From the Top

Born and raised in Ohio, Kuechly started playing football as a linebacker in high school itself. He led the St. Xavier High School football team to some unforgettable victories with his tackles, including being crowned as the Best High School Team in America in numerous national polls.

After joining Boston College, he became a part of the Eagles and played for them from 2009 to 2011, during which he was named the ACC Defensive Rookie of the Year in 2009 and a consensus first-team All-American in all three years.

Apart from winning the Lombardi Award, the Lott IMPACT Trophy, and the Bronko Nagurski Trophy, he was presented with the Butkus Award in 2011 by Dick Butkus himself.

And if all of these accolades weren't enough for this over-achieving footballer, Kuechly set the record for the highest number of tackles (532) in just three seasons of playing for the Boston College Eagles.

Running with The Panthers

In 2013, he became the NFL Defensive Player of the Year and went on to be a Pro Bowler every year hence.

Since he was signed for a period of 3 years, there was no doubt that his performance called for a contract extension, which he received in 2015 - an extension that made him the highest-paid middle linebacker in NFL history. 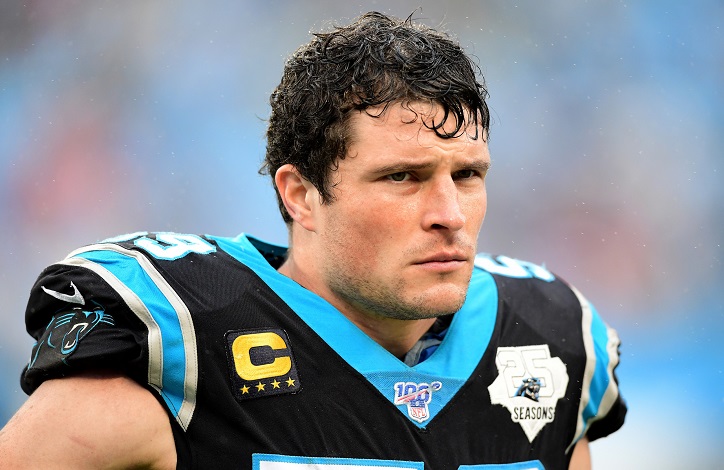 A Series of Concussions

But, when he was carted off the field in 2016 after suffering a concussion while playing against the New Orleans Saints, the cameras recorded the magnificent form of Kuechly sobbing.

In his career, Kuechly reportedly suffered from concussions thrice, the one against the Saints is the second one, and had to sit out of ten games.

He even started wearing the Q-Collar in 2017, when he was concussed yet again in a match against Philadelphia Eagles, which the Panthers lost.

In spite of that, he has been celebrated as the best linebacker by numerous analysts and fans of the game. And even though he didn't miss a single game since the 2017 season, he decided to say goodbye to playing the sport in 2020, stating that it felt the right thing to do in his heart.

With an overall rank of 8, an overall score of 94, a throng of grieving fans, and an undoubtedly heavy heart, Kuechly announced his farewell in a video that was uploaded to Carolina Panthers' official Twitter account on January 15, 2020.

It is somewhat comforting to know that he still wishes to stay connected to the game.

Citing examples of Jason Witten, Tony Romo, and Ronde Barber, he notes how the way they once played and are now involved with the game seems attractive to him. Well, that sure seems hopeful to us, Kuechly!