October 29, 2019, marked the end of an era when Falcons bid adieu to K Matt Bryant after a decade of him delivering the highest number of 50-yards-or-longer kicks for the football team.

It was a gloomy day for all Falcons fans since Bryant, with his age-defying form and commitment to the sport, has always been a crowd favorite.

With a conversion rate of 91.9% and 98.2% for his field-goal and PAT attempts respectively, he more than earned the nickname of Money Matt that teammates took to calling him by.

Born in the small town of Orange, Texas, Bryant started playing football in high school and went on to become one of the Bears when he joined the Baylor University.

After going undrafted in 1999 post his graduation from Baylor, he worked at a pawn shop before becoming a personal trainer as he waited for his big break.

Meanwhile, he played the 1999 season of Arena Football League with the Iowa Barnstormers and was cut from the team in 2000 before he could play the next season. 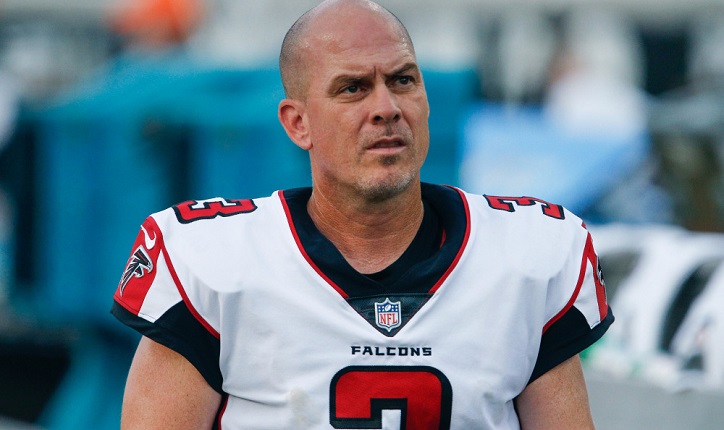 It was only in 2002 that he was signed by the New York Giants and made it to NFL Europe teams Berlin Thunder and later Frankfurt Galaxy, neither of which he could actually play for due to his injury.

Finally, he got his grand NFL debut in September 2002, following which he earned the NFC Special Teams Player of the Week award twice in the third and eleventh weeks against Seattle Seahawks and Washington Redskins respectively.

In 2004, a new coach cut Bryant from the Giants and this marked the beginning of a series of cuts in his career.

In the next five seasons, Bryant played for and eventually got cut from the Dallas Cowboys, the Indianapolis Colts, the Miami Dolphins and the Tampa Bay Buccaneers.

However, it should be noted that he kicked the longest field goal (62 yards) of his career for the Bucs against the Philadelphia Eagles in 2006.

In fact, Mayor Pam Iorio was so impressed by his performance that he declared October 23, the day when Bryant kicked the 62-yarder, as "Matt Bryant Day".

After being released by the Bucs in 2009, Bryant was signed by the Florida Tuskers of the UFL, but he was signed away by the Atlanta Falcons in December before he could play for the Tuskers. And we all know how that turned out for Bryant as well as the Falcons.

A Memorable Flight with the Falcons

Under the wing of the Falcons, Bryant proved to be the most reliable kicker for the franchise and became the top-scoring player in the team's history with 1,122 points.

Apart from securing the third rank as a fantasy kicker in 2017 with an average of 9.6 FP per game, he was also the team's Walter Payton Man of the Year for two consecutive years (2013-14). 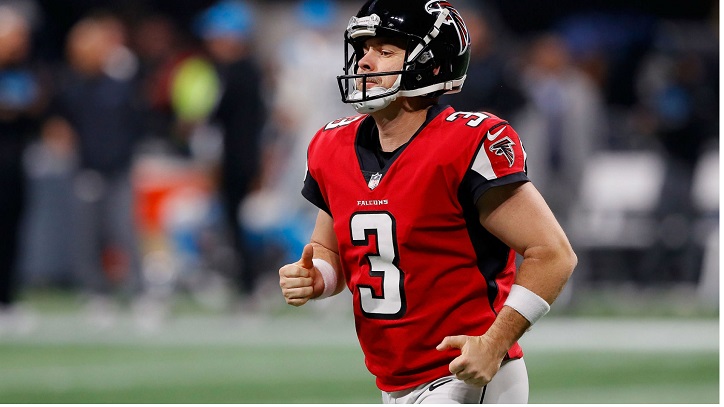 He demonstrated his dependability for the team on multiple occasions, including the 51-yarder that he scored against the New Orleans Saint in the last minute tieing the game and then scoring a 52-yarder in the overtime leading the Falcons to an epic win in the first week of the 2014 season.

This 51-yarder made him the fourth NFL player to have kicked a 50+ yarder in the last one minute of a game, and yet Bryant was a lot more than a one-hit-wonder.

His success in the 2016 season of Super Bowl LI also fetched him a Pro Bowl nomination - the first of his career - at the age of 41.

He performed consistently for the Falcons in his decade-long stint with them and proved himself game after game.

However, all great things end someday and his poor performance after a celebrated comeback didn't work in his favor, thereby ending his time with the Falcons.

Even though he seemed rather prepared for a relaxed second-half of his life with a beach house called "Kickin' Back" and a fishing boat called "It's Good" waiting back in Alabama, this wasn't the spectacular end that this Falcons legend deserved.

And so, at the age of 44, he continues to stay in the game as an unsigned free agent with an overall rank of 163 and an overall score of 86.