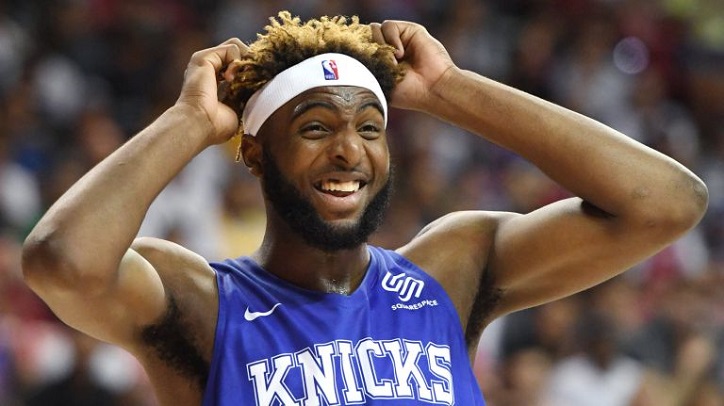 In the current season of NBA 2019-20, the New York Nicks is ranked at 14th position and in the previous year they were ranked 15th in the Eastern Conference. Though their performance has not been as per the expectations of their fans, yet there is one name that has given the fans certain moments that they would cherish – Mitchell Robinson

The twitter bio of Robinson reads – “We the south not backing down from nobody”. True to his words, Robinson has been trying to make an impact with the addition of the three-pointers to his game. He is further trying to gain an edge on the defensive end which could propel his fortunes and could be an X-factor for a team like Knicks who are in the process of trying to retain some glory.

The 7-foot-tall athlete’s college career was affected by controversies as he had enrolled for Western Kentucky University and had practiced with their team. But then suddenly, he left the campus and his room got cleared. He faced a suspension but with the intervention of Rick Stansbury the head coach, he got a release to transfer.

Amid speculations of being barred and with some hope of a revival from NCAA, Robinson returned to Western Kentucky University on August 27, 2017, barely after a month of suspension. 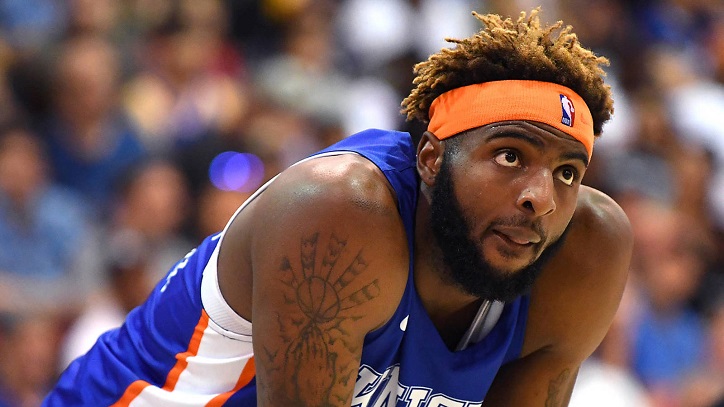 In less than a month, he made his intentions clear that he would not seek and admission to the college but would focus on preparing the 2018 NBA draft on his own. Ultimately Robinson’s name was there on the list of 69 players who wished to participate in NBA draft combine. But at the last minute, he withdrew from all combine events for reasons known best to him.

The Rise of Robinson

New York Nicks give him his first shot at the NBA when they selected him with the 36th overall pick for the NBA draft 2018. He appeared for them in the 2018 NBA summer league where he made a name for himself through blocked shots and offensive rebounds.

Inspired by his performance, he got an opportunity to sign a multi-year rookie contract with the New York Nicks. He suffered an injury set back in the pre-season but was determined to be fit on time for selection.

Eventually, in November 2011, he made his debut against the Atlanta Hawks in which the Nicks prevailed by 127-106 win, with Robinson’s contribution being of mere two points. But in the NBA, points, and fortunes change rapidly.

On November 2, 2018, against the Dallas Mavericks, he put up an impressive show with his first double-double with 13 points and 10 rebounds coupled with three steals and a similar number of assists.

His game improved further as he scored his highest points on December 17, 2019, against the Atlanta Hawks with 22 points and 13 rebounds in a winning cause (143-120) for the nicks. 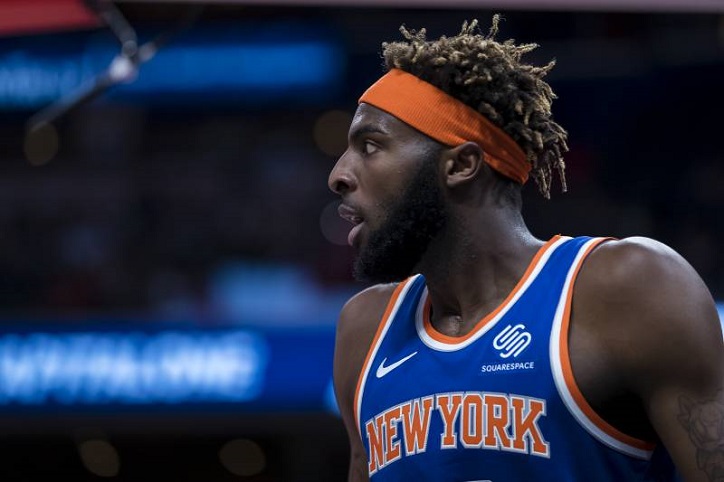 He is being hailed as the next big thing especially because of a seldom-seen closing speed coupled with a long reach. Though he measures a staggering 7 feet in height and weighs 240 pounds, yet he is exceptionally good at running the fast break which is uncommon for a player of his size.

He has also worked upon his free throw shooting and has developed range from behind the three-point line. No wonder that experts and analysts are referring to him as one of the best shot-blocker in his division. There is good news for Robinson and his fans that the NBA draft projections have compared his style of play to Tyson Chandler and DeAndre Jordan.

There is ESPN’s Zach Lowe who has named Robinson as one of the six most exciting players of the season. With all the accolades coming from different people, it is Robinson’s responsibility to ensure that he does not squander the faith of the fans and his team.

To sum up the entire story, Julius Randle who signed a 62 million dollars contract with the Nicks confirmed that he got intimated by this youngster on the court and feels that Robinson has no clue how talented he himself is. Truly, we have all the signs of an upcoming NBA giant.

How Much to Save for Retirement?

Most Popular Baby Boy Names for 2018