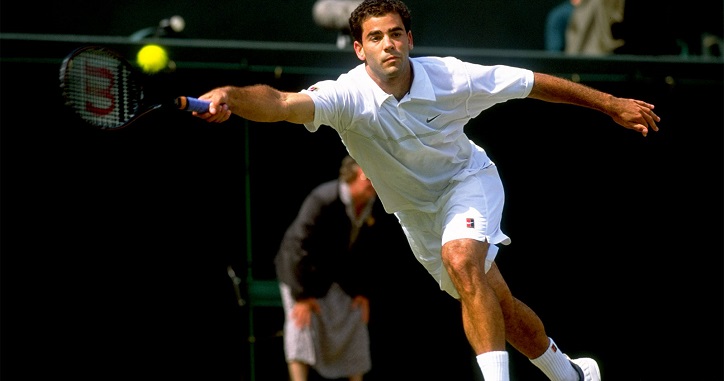 Pete Sampras, who was born on 12th August 1971 in Washington, USA, is a former US tennis player of Greek origin and a 14-time winner of the Grand Slam singles.

He became No. 1 in the year 1993, and held the position for 286 weeks, setting a record. The record lasted until 2012 when it was broken by Roger Federer.

Born in Washington, Sampras was the 3rd child in the family. When he was 3, he found a tennis racket and hit the balls for hours on the wall.

At the age of ten, he first took part in a children's tournament, losing his first match with a dry score, but this defeat did not stop him to continue his training. At age 13, Pete broke up with Landsdorp (his trainer at that time) and became engaged with a family friend, pediatrician doctor Pete Fisher, who trained Sampras until 1989.

Fisher, a passionate admirer of Rod Laver, tried to instill in Sampras the same style of play, although he, unlike Laver, was right-handed. Sampras's playing style became more aggressive under the influence of Fisher, and at the age of 15, he, at Fisher's insistence, changed his two-handed backhand to one-handed. 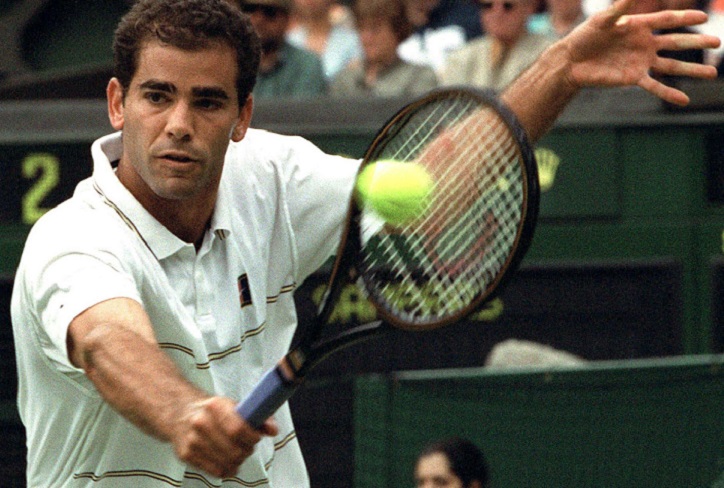 In 1987, Sampras defeated Michael Chang at the U.S. Youth Open Championship, who had already made a big statement about himself in an adult tournament. Sampras attracted the attention of Italian sports journalist Gianni Clerici, known as a specialist in young talents.

Klerichi, to whom his appearance and manner of playing reminded the famous Spaniard Manuel Santana, recommended Sampras to the designer Sergio Taccini, the owner of the sportswear company of the same name, and he signed a sponsorship contract with the young player.

Having become a professional in early 1988, Pete, at the age of 16, defeated Indian Ramesh Krishnan and American Eliot Teltcher, the 37th and 25th racket of the world at that time.

In September 1989, Sampras, in the second round of the US Open defeated the current champion Mats Wilander and reached the 1/8 finals. The rest of the fall, however, was a failure - three defeats in the first round and one at Paris Indoor in the qualifying tournament.

In the first tournament of 1990, in Sydney, he reached the quarter-finals after victory over Mayotte - at that time the 12th racket of the world. At the Australian Open, the draw brought them back together already in the first round, and they played a five-set match, which lasted 4 hours 45 minutes - a record duration for this tournament. 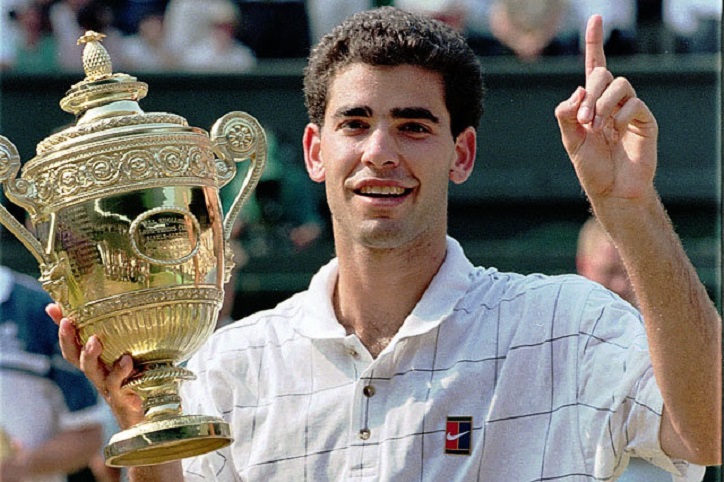 In the fifth set, Mayotte initially lost but managed to even the score and go ahead by 7-6. Sampras, in turn, recouped and then received a match-ball four times, realizing it only with the fourth attempt with the score 11-10 in his favor. Developing the achieved success, he reached the 1/8 finals, where, with a groin extension, lost to the 13th racket of the world to Yannick Noah.

Sampras achieved a major breakthrough in his career at a tournament in Philadelphia. During the tournament, he beat Agassi, and then - for the third time since the beginning of the year - Mayotte. In the semifinals, Sampras defeated the Australian Mark Kratzman, who unexpectedly defeated Jim Courier before this, and defeated Andres Gomez in the final.

The victory in Philadelphia brought Sampras the first title in the tournaments of the main professional tour of his career. Starting the season at 61st place in the ranking, he made his way to 17th position in less than two months.

He officially ended his professional career in 2003, although he did not actually take part in competitions after winning the 2002 US Open.

On July 14, 2007, he was elected to the International Tennis Hall of Fame.

How To Deal With A Bad Divorce