Pierre Garcon is an American former professional football player who has had a distinguished career.

Garcon has played for multiple teams including Norwich University, Mount Union College, Indianapolis Colts, and San Francisco 49ers. Garcon’s position was that of a wide receiver.

In his early days, Garcon had a taste for not only football but also soccer. Pierre Garcon is of Haitian descent and thus, also is bilingual. Garcon speaks French as well as English.

After enrolling in college, Garcon gained popularity as a footballer and decided to invest time in it instead of soccer.

He was born on August 8, 1986. Garcon has an impressive physique which is quite necessary for the sport. He stands at 6 feet 1 inch and weighs roughly around 100 kg. 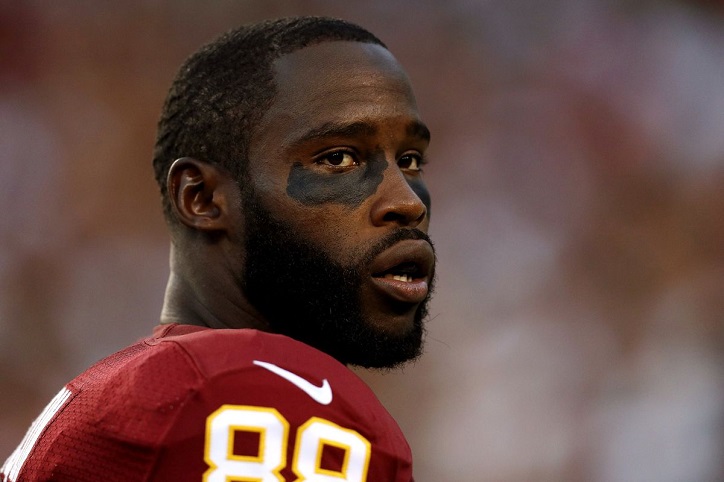 Pierre Garcon’s career began in his college days when he began playing for Norwich University in Vermont. His stats in college were quite impressive which made a lot of heads turn.

He had an average of 60 catches and had scored a total of 15 touchdowns. During this time, he also earned the Ohio Athletic conference honors. He also won the Ed Sherman award twice.

Due to his impressive performance in his college years, Garcon had no difficulty transitioning into the professional league.

In 2008, he was signed by the Indianapolis Colts. However, for the first week, Garcon was benched. It was only in the second week that he got to make his professional debut against Minnesota Vikings.

As 2009 approached, Garcon started acting as a back-up player for another wide receiver Reggie Wayne.

2010 was a good year for Pierre Garcon as he put up some impressive feats on the ground. He took a one-handed catch that astonished many experts.

This feat was performed by him in a match against Washington Redskins, a team that would be later interested in acquiring Garcon.

However, Garcon missed the whole year of 2011 as he was benched due to injuries. Things did not look good as he had to be benched when he was at his peak. However, Pierre Garcon would later come out of injuries even a better player.

Things picked up for him in 2012 when he got a 42.5 million dollar deal with Washington Redskins.

However, he could not step into the field in the second half of the seasons as he had sustained a foot injury. 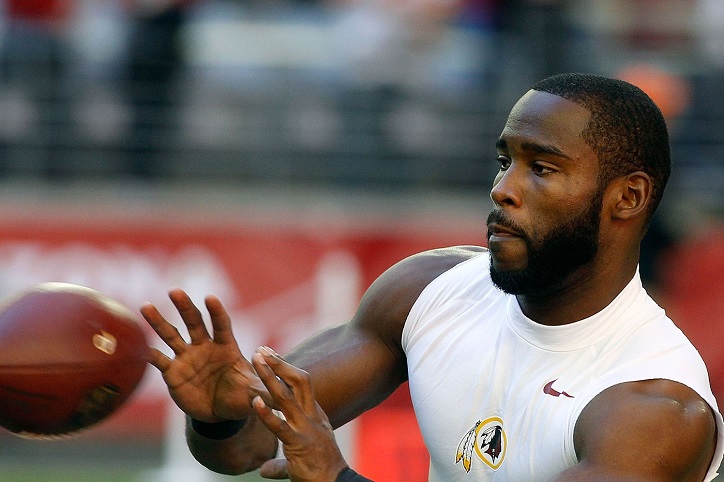 Perhaps, 2013 was Garcon’s best year as he achieved a new career-high of receiving 172 yards in a sole match. By 2017, Garcon has signed with San Francisco 49ers.

It was apparent that he was reaching the end of his professional career.

This was due to his injury-prone nature. Even in 2018, Garcon was benched for most of the time as he was suffering from multiple injuries. In 2019, Garcon was released from his contract and became a free agent in the league.

All in all, Garcon had a long career of 10 years. In the beginning, Garcon wasn’t sure about Football. He also played soccer and ran track.

However, his decision to choose football over these sports turned out to be just fine. As of now, Pierre Garcon is actively looking out for a team that would want to invest in him.

Garcon originally hails from Florida. He studied at the John I Leonard high school where his love for the sport sprouted. Pierre Garcon had always been pretty athletic ever since his childhood.

After scoring touchdowns, he would perform backflip for celebrations. There are not a lot of players who can do this with their muscular build, but Garcon was different.

Crazy US Laws Still in Effect