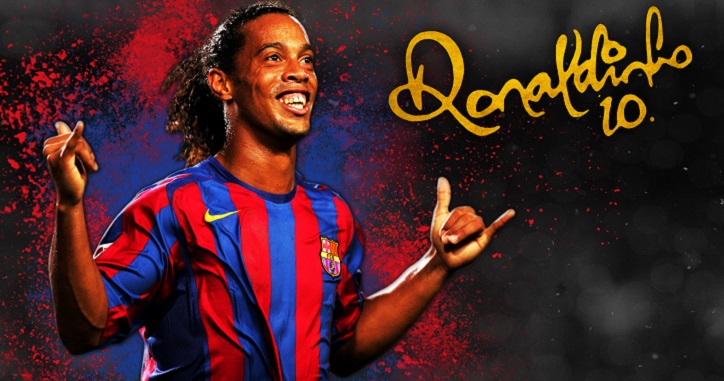 Coming from a family of soccer players, Ronaldinho is a Brazilian soccer superstar as well as the Barcelona Ambassador who has reached the pinnacle of success and fame in his sport. He has been named as the FIFA World Player of the Year twice to date and has played for clubs across Spain, France, Italy, and Brazil.

He was a key member of the 2002 World Cup-winning Brazilian team. Let us take a look at his early life and his celebrity status as a soccer star.

It was in this environment that he was born. 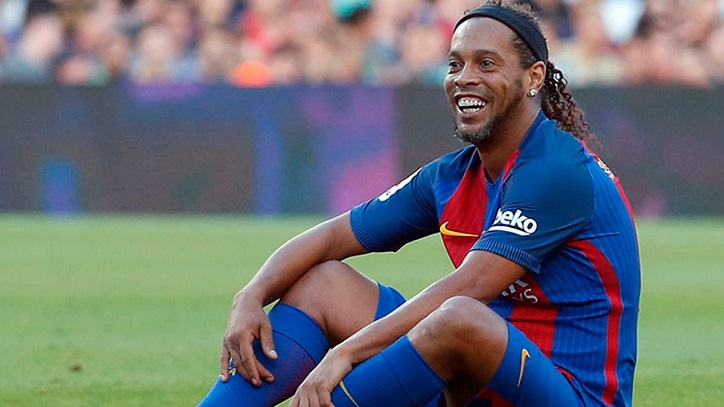 According to him, he started living soccer the day he was born. His uncles, father and his brother all were players of this game. They became his early mentors and inspired him to excel in the game. In particular, his father was his idol whom he lost when he was very young but his teachings are imprinted on his mind to date.

It was his advice to “play as simple as possible” and always “do the right thing whether on-field or off-field and be an honest guy”.

He started playing youth soccer at an early age of 7 and was nicknamed as “Ronaldinho” for his diminutive stature among the senior players of his team. When he entered the senior national team, there was already another Ronaldo, so the name Ronaldinho stuck with him.

Growing up in a hardscrabble and poor neighborhood, his youth was spent in playing on makeshift playing fields. He also played Futsal- an offshoot of soccer on the hard court surfaces.

It was this experience that helped in shaping his unique playing style along with his close ball control and remarkable touch. To date, his moves on the field are quite similar to a futsal player than a soccer player.

Ronaldinho quickly emerged as one of the most talented soccer players to grow out of Brazil. In fact, in a single game, he scored 23 goals was 13. It was this tenacity imbibed in him from an early age that he led his team to several junior championships.

This resulted in him getting a call in the Under 17 national team which then went on win the FIFA under 17 world championship. He finally went professional after he was signed up to play for Gremio which is considered to be one of the most celebrated Brazilian league teams. 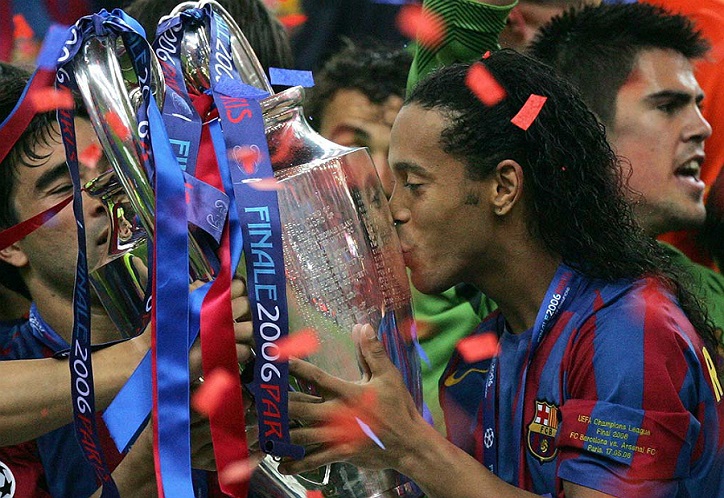 It was in 1998 that Ronaldinho finally made his senior debut in the 1998 Copa Libertadores Tournament. The next year, he was awarded the Golden Ball Award as well as the Golden Boot Award for being the best player as well as the leading scorer. This made him a star of reckoning.

He finally signed his first international contract to play for Paris Saint Germain in France for Europe. It was in the next year that he featured in his first World Cup game in a squad that boasted of several popular names and went on to win the World cup title by defeating Germany.

He, later on, he went on to win several more championships and world titles as a part of several clubs and the Brazilian national team. However, despite his success, he remains close to his family with his brother as his agent and his sister as his press coordinator.

Ronaldinho is considered to be one of the best soccer players of his generation who has given his fans a lifetime of unforgettable moments.