Born on the 12th of May, 1979, Steve Latrell Smith Sr., popularly known as Steve Smith Sr., is a former American Football player. He played as a wide receiver for his 16 seasons in National Football League mainly for Carolina Panthers.

Smith used to play football during his college for Utah Utes. Carolina Panthers later recruited him in the 3 round of 2001’s National Football League Draft.

Smith is also a 5-time Pro-Bowl select and 3-times All-Pro and rose to become one of the best wide receivers in NFL history. He played 13 seasons for Panthers and signed a contract with Baltimore Ravens in 2014.

During his retirement, Smith was ranked 7th in the NFL career of all-purpose yards, and 25th for receiving 81 touchdowns.

During his high school career at the University High School of Los Angeles, Smith was a letterman in track and field and football. He used to play as a running and defensive back in football.

In track and field, Smith set several school records and was named the All-City Selection as high-hurdler. 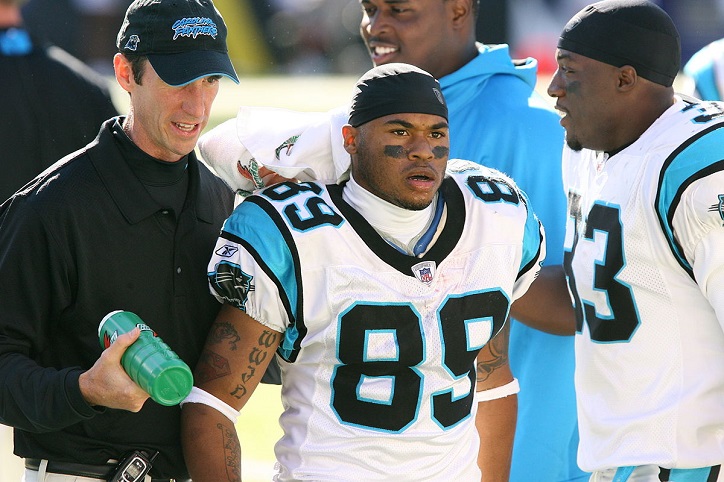 He was also known as an excellent triple jumper, along with his participation in 300m hurdles.

After he graduated from high school, Smith went to Santa Monica College and played for the college football team, Corsairs.

He quickly earned the starting position and was teammates with Chad Johnson, a future wide receiver for the National Football League.

The head coach of Santa Monica, Robert Taylor, inspired Smith to never play for fame or riches but to play hard so that he might receive a scholarship for a Division-I school, where he could experience better education.

The coach also advised him not to indulge in touchdown celebrations. Smith took his coach’s advice to his heart and never missed a day of class during his college time.

After two years at Santa Monica, Smith was transferred to the University of Utah, where he plated as a wideout for the college football team.

During his time at the University, Smith set several records and had an average yard per catch of 20.6. But, due to injury, he missed the bowl game during his final season.

In 2001, during the 3rd round of National Football League Draft, Carolina Panthers recruited Smith. He spent most time of his rookie season as a punt and kick returner and landed 4th among other NFL players.

During his first game as a professional, Smith made a touchdown by returning the opening kickoff. Smith also made 10 catches in 54 yards and rushed for 43 yards. 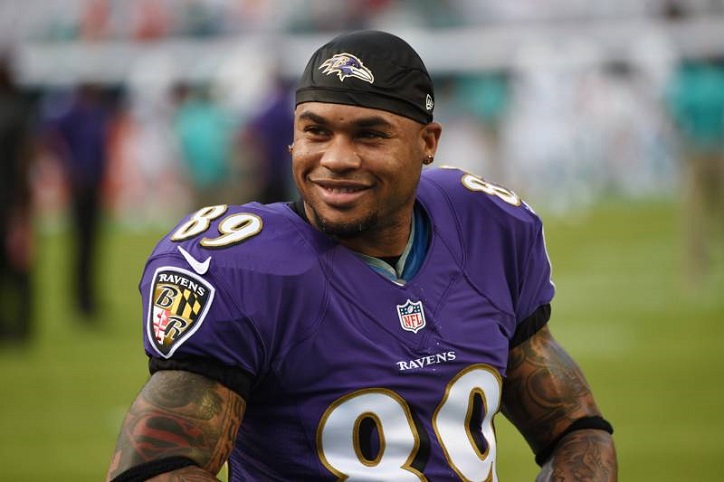 In 2002’s NFL season, Smith was given the starting position and continued as a punt and kick returner.

On the 10th of November, 2002, Smith got into an altercation with Anthony Bright in the course of a film-room gathering.

Smith was suspended as Bright faced a fracture in his orbital lobe. Briefly, Smith was arrested and jailed on assault. He was suspended for one game by Panthers on the 21st of November.

In May of 2008, Smith purchased nearly 50% interest in the Velocity Sports franchise. In 2014, Smith applied to the National Football League for changing his jersey name to ‘Smith Sr.’ after the announcement of his son’s birth.

In 2007, he went to Togo and Nigeria to talk about Jesus to soccer players.

Smith and Angie, his wife, have 4 children. On the 14th of June 2017, reports stated that Smith secretly paid $40,000 tuition fees for the author Elexus Jude.

On the 9th of July, 2019, it was announced that Panthers would induct Smith into Hall of Honor.