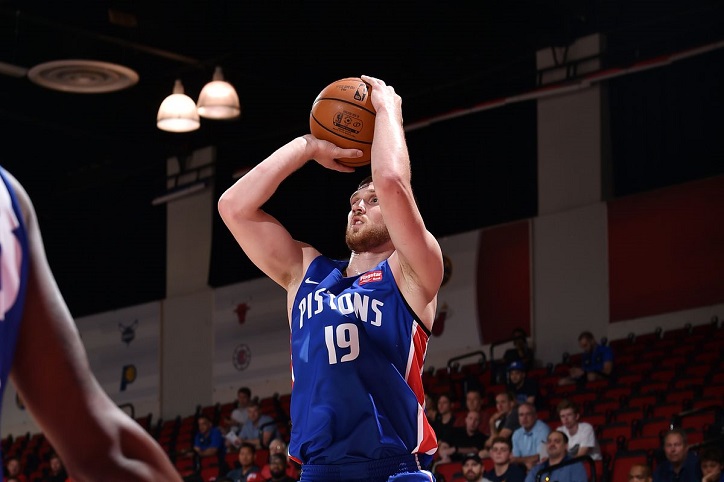 Svi Mykhailiuk, born June 10, 1997, in Cherkasy, Ukraine is a Ukrainian basketball player who plays for Detroit Pistons of the National Basketball Association. Prior to joining NBA, he played for the Kansas Jayhawks University Basketball Team.

From 2012 to 2014, he played for the team of the Ukrainian Super League Cherkasy Mavpy. In the 2018 NBA draft, he was selected in the second round under the overall 47th number by the Los Angeles Lakers.

Svyatoslav was born on June 10, 1997, in the Ukrainian city of Cherkasy in the family of a school teacher Inna and university professor Yuriy Mikhaylyuk. He studied at the Cherkasy first city gymnasium. 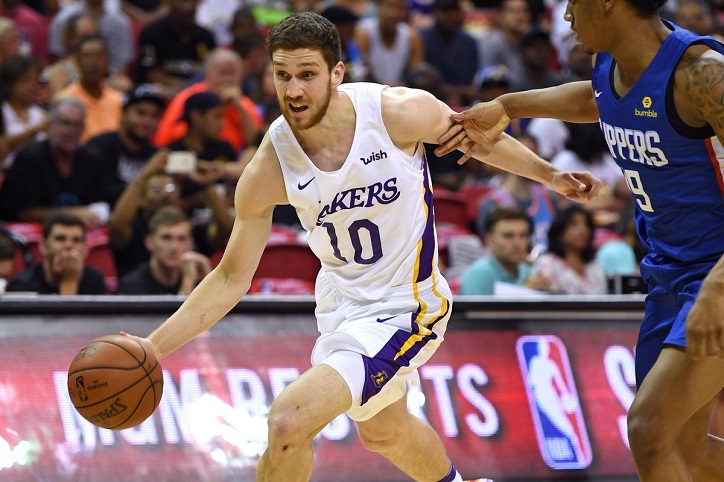 Svi Mikhaylyuk began playing for the Ukrainian national team in 2013, taking part in the European Basketball Championship among players under 16 years old. At the tournament, the player scored 25.2 points per game and made 8 rebounds and 3.4 assists and, as a result, was included in the team of all the stars of the tournament.

In 2014, he, as part of the main national team of Ukraine, participated in the World Basketball Championship in Spain. In 2016, Mikhailuk played for the Ukrainian youth team at the World Championships in Helsinki. At the tournament, Svyatoslav became the team's most productive player, gaining an average of 14.9 points per game. In addition, he made 5.6 rebounds, 2.7 assists and 2.1 interceptions per game.

In his first year of study, in five of the first seven games of the season, he started in the starting lineup, spending an average of 21.3 minutes on the floor, but later his playing time was sharply reduced. In his debut season at the age of 17, he was the youngest player in the history of the Big 12 conference.

In the 2015-16 season, Svyatoslav averaged 5.4 points per game and made 1.3 rebounds and 0.9 assists. In the first round of the 2016 NCAA, he set his personal performance record by scoring 23 points in the match against Austin Pi Governors. 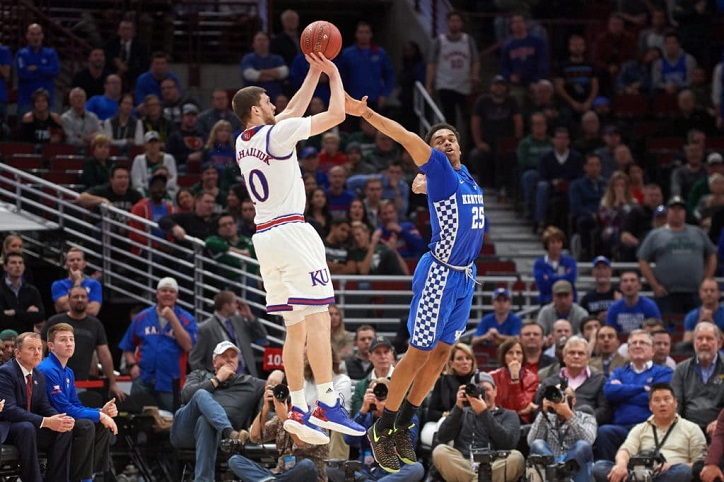 In the third year of study, his average performance was 10.6 points per game and 3.5 rebounds. On April 12, 2017, Mikhaylyuk decided to run for the NBA draft, however, he did not sign a contract with an agent and decided to continue his training.

On November 17, 2017, Svyatoslav updated his performance record with 27 points in a match against San Diego State.

On June 21, 2018, in the Barclays Center sports complex in Brooklyn, in the second round of the NBA draft, he was selected under the overall 47th number by the Los Angeles Lakers club. On July 10, he signed a three-year contract with the club worth $4.6 million.

He made his debut for the team in the NBA Summer League against Sacramento. Svyatoslav spent a little more than 23 minutes on the site, scored 15 points, made two losses and once fouled. Mikhailuk played his first NBA match on October 22, 2018, against the San Antonio Spurs, in which he failed to score a single point and made only one transfer in 17 minutes of playing time.

On February 6, 2019, Mikhailuk along with the right to choose in the second round was exchanged at the Detroit Pistons for Reggie Bullock.

How to Transfer Money from PayPal to Bank Account