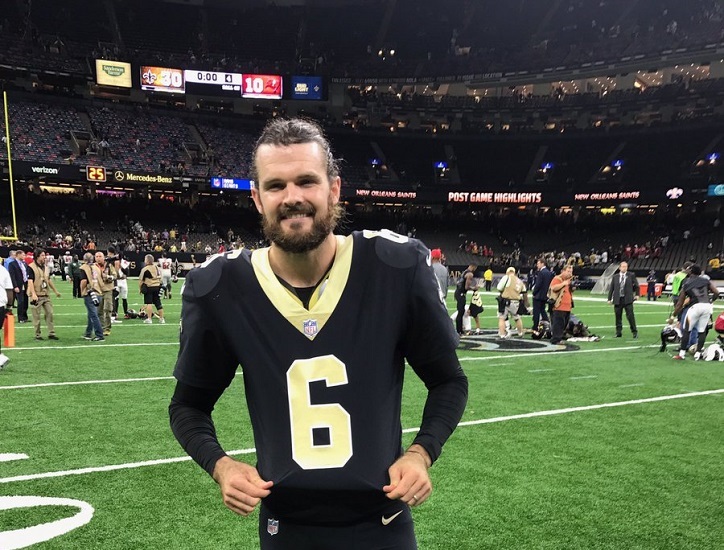 Thomas Morstead was born in the year 1986 in Houston, Texas, and has a brother named Patrick. Being raised in the suburbs of Pearland, Morstead attended Pearland High School participating in sports such as football and soccer.

During his senior years, he received the second-team All-District and was even considered the most valuable player of the Brazoria County Special Team where he served as a punter and back kicker.

After rejecting multiple scholarships from different universities Morstead joined the Southern Methodist in 2004. He ranked fifth in the history of the college and even created records and received honors including the All-conference USA honors during his senior years at college.

He was a proud redshirt during his first year at college, received the SMU’s special team awards during his second year, and accumulated various notable statistical figures and scores until he graduated with a Mechanical engineering degree. 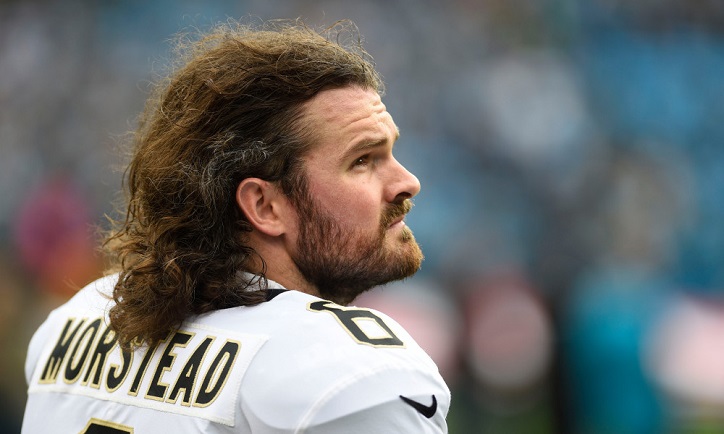 Soon after graduation, Morstead’s excellent performance secured him a place in the 2009 NFL draft (during its fifth round) where he was selected by the New Orleans Saints.

Always wishing to establish a career as a Punter, Thomas achieved this outperforming another player in his rookie season. Even in his debut season, Morstead was in commendable form helping his team achieve victories and making history.

He steered his team towards a stellar victory against the Indianapolis Colts in the Super Bowl XLIV.

Admired by Thomas Morstead’s amazing performance, the Saints extended Morstead’s contract by another six years besides showering him with unimaginable money.

He was, in fact, the second-highest paid punter during the season. Living to his promise and not failing his team’s belief in him. Morstead performed exceedingly well leading the league.

Morstead appeared in all 16 games during the 2010 season ranking third in the NFC and sixth in the NFL and even set career-highs in gross/net averages (punting).

He created multiple records in this season and was even elected to his first Pro Bowl.

The team’s belief in him never kept decreasing and with much confidence, Morstead was made the team’s captain for two years consecutively in 2014 and 2015.

In the years 2016 and 2017, he played in all 16 games and made his career-first postseason special teams stop and tried his luck taking part in the final 2-point attempt in NFC Divisional Playoff (2017).

Morstead continued delivering great performances on the ground proving himself to be one of the best punters of all time. 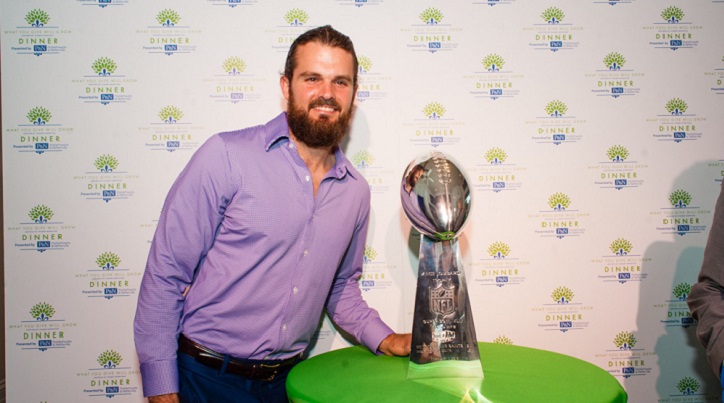 Besides the awards and honors mentioned above, Morstead won Sports Illustrated and NFL’s All-Pro in 2012 and the ‘Saints Man of the Year’ in 2014.

He secured an overall rank of 75 playing as a Punter (P) with an overall score of 90 (2015). Morstead has the second-highest net punting average in the history of the NFL.

He had donated aplenty to numerous organizations and charitable trusts and even had his hair shaved in 2013 to raise funds for children’s cancer research.

Morstead is the proud founder of the foundation ‘What You Give Will Grow’ (2012) that focuses primarily on individuals affected by cancer and needy children.

Kind at heart and with an attitude to help people, Thomas Morstead even visits cancer and pediatric individuals personally surprising them with gifts during Christmas.