Born as Tressler William Way in the year 1990 in Oklahoma, Tressler who is widely known as ‘Tress’ Way is an American football punter.

The way was enrolled in the Union High School in Tulsa from which he graduated in the year 2008.

He was an integral member of the all-state teams for his school and district and was even named as the district special teams player of the year during his days as a senior.

Tress went to the University of Oklahoma where he was a redshirt freshman for the Oklahoma Sooners football team.

His style of play, tactics, and great talent helped him score commendably achieving great feats in punting. He was showered with several titles including the All-Big 12 by AP, All-American, and more.

Tress even led the Big 12 and did well for himself securing the third position in nationwide punting average. 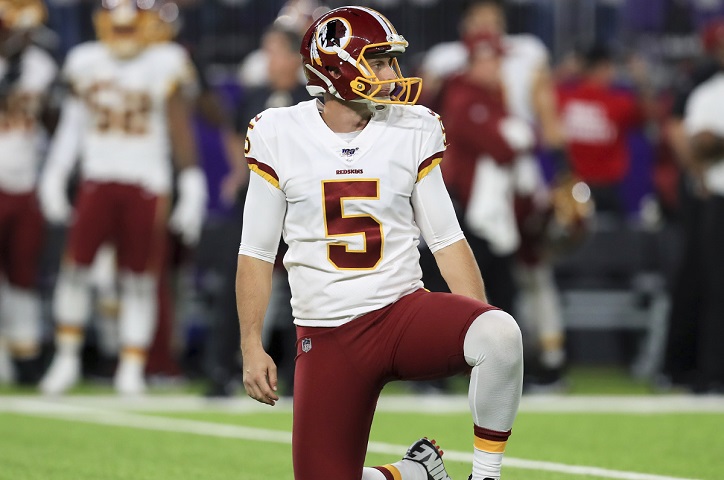 You could call it luck or talent but Tress was signed as an undrafted free agent by the Chicago Bears in 2013 but was released even before the year-end.

Though Way was re-signed and released once again by August 2014, the Washington Redskins included him in their preseason games grabbing this opportunity.

Way punted all 16 games and became the first member of the Redskins to lead in punting during a specific season for decades.

He had an excellent start with the Redskins finishing the season with the fourth-best gross average in the team’s history.

During the 2015 season, Way was even made the team’s special captain. He appeared in all 16 games of the season and punted 70 times, the fifth-best average during a season in the team’s history.

Way’s Yards per punt became the second-best single-season average in the team records available dating way back to the 70s. He even created records for the third-longest punt and single-game postseason average in punting.

Way’s punting talent and scores proved without a doubt that he was a rising talent which made the Redskins extend his contract by five years in 2016.

Though Tress punted in all 16 games he also became popular for scoring the fewest number of punts by any Redskin punter who punted in all games.

But Tress Way regained his form and punted a single-season career-high in 2017 reaching a punting number of 83 times.

That year’s Thanksgiving was particularly special for Way as he recorded a career-high four punts among his 7 punts during the game against New York Giants winning the match on the night of Thanksgiving.

Tress Way recorded a season-high punt and also established career-highs in punts and punting yards. 2017 could be called Way’s best year in terms of achievements and performances in his career. 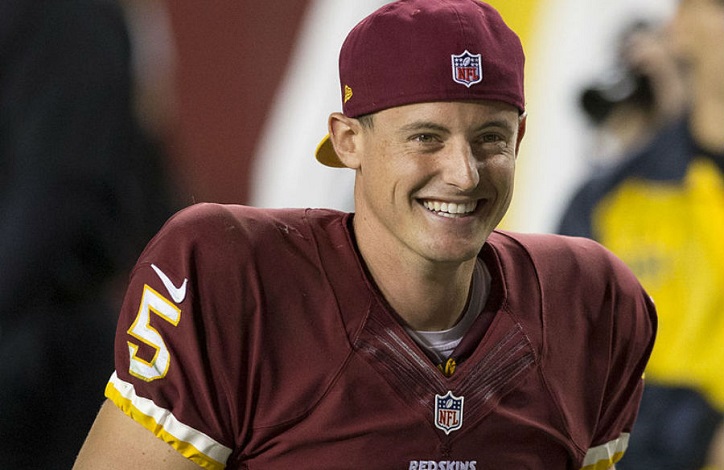 In the 2018 season too, Way appeared in all 16 games getting himself the team’s single-season record and single-game record in punts.

His records and career-highs are more than one could remember. He recorded career-highs and even tied franchise records in punting during this particular season.

It was in the same year that he collected more than 15,00 punting yards (15,448 to be exact) surpassing Sammy Baugh to secure the third position in Redskin’s punting yards history.

He ended the 2018 season in style becoming the only punter in NFL who did not post a touchback on the punt.

His special punting statistics that helped Redskins win against the Panthers made him the NFC Special Teams Player of the Week.

All this secured a place for Way in the 2020 Pro Bowl, he was named second-team All-Pro and the Redskins extended Tress Way’s contract by another four years. Tress Way has an overall rank of 192 playings in the punting (P) position with an overall score of 85.

Tress Way believes in leading an active lifestyle and even promotes healthy eating habits and lifestyle habits. He donates and participates in charity events, especially those involving children.

He suggests gaming tactics to rising football players and even coaches women on football skills.

Way married Brianna Turang, a soccer and football player, in the year 2013 and since then, both of them are actively involved in the fellowship of Christian Athletes.