Xavier Rhodes is a National Football League (NFL) player for the Indianapolis Colts. Rhodes played college football at Florida State University following which he was drafted to play for the Minnesota Vikings in the first round of 2013 NFL Draft.

Rhodes is a popular cornerback in football and has been ranked number 168 for his overall performance in NFL.

Xavier Rhodes was born on June 19, 1990, in Miami, Florida. He was raised in a single-parent home by his mother, Kim Shack. Rhodes studied at Miami Norland High School where he played football and ran track.

During his time playing with the Miami Norland Vikings football team, Rhodes was a defensive back, running back, and a wide receiver. He registered over 1,000 yards as a junior and as a senior, he led both rushing and receiving.

Due to his strong performance, Rhodes earned a 6A FSWA first-team All-Dade County Athlete award and an All-state selection.

He qualified for the state finals after recording 10.70 seconds in a 100-meter dash in the regional championship preliminary round. 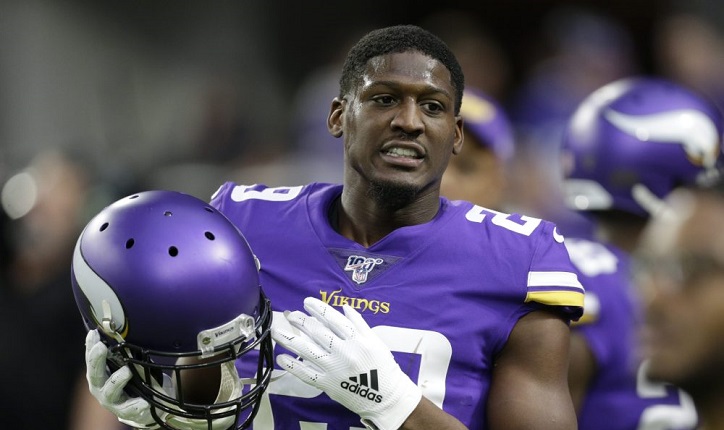 In his first year, Rhodes had a hand injury that prevented him from playing the rest of the season. The following year, Rhodes appeared as the cornerback in all 14 games and became popular for greatly improving his team’s defense.

He registered two sacks, four interceptions, 12 pass breakups, 16 passes, and 54 tackles. He earned the title of ACC Defensive Rookie of the Year and was also named freshman All American.

Rhodes was selected to play for the Minnesota Vikings in 2013 on a four-year contract that was worth $7.03 million. He registered six starts, ten pass deflections in 13 games, 41 solo tackles,

and 7 combined tackles in his first season. In the following season, Rhodes entered as one of the starting cornerbacks and recorded 16 games with an interception, 16 starts, 18 pass deflections, 39 solo tackles, and 10 combined tackles. His high number of pass deflections led him to become fourth among all players in the league. 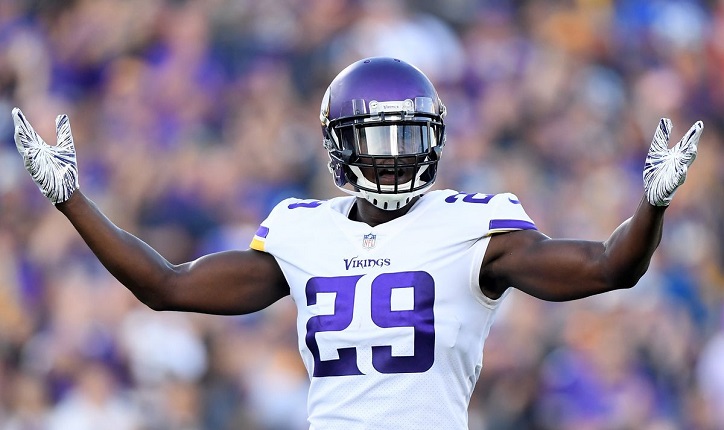 In season 2015, Rhodes was named the number one outside cornerback and started the regular season opposite Terence Newman. Rhodes began the season by collecting seven solo tackles which were a season-high despite their loss.

He finished the season with ten pass deflections, 16 starts, 55 solo tackles, 3 combined tackles, and an interception in 16 games.

Rhodes’ contract with the Vikings was renewed for season 2016 as a starting cornerback. A knee injury led him to miss the first two games of the season.

Upon recovery, he led the Vikings to a 24-10 victory against the New York Giants by scoring two tackles, breaking up two passes, and intercepting quarterback Eli Manning.

His performance earned Rhodes the NFC Defensive Player of the Week award and the 66th spot on the NFL Top 100 Players of 2017.

Rhodes ended his final season with the Vikings with ten pass deflections, 16 starts, 44 solo tackles, 12 combined tackles and two interceptions in 16 games. In March 2020, Rhodes signed a deal to play with the Indianapolis Colts for one year.