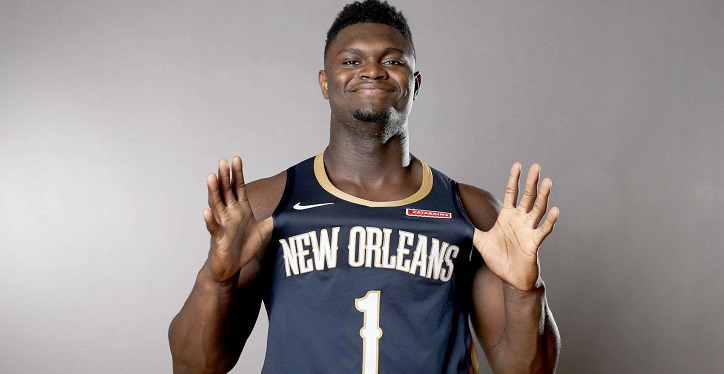 He did his initial schooling from Spartanburg Day School in Spartanburg. He was coached by his mother Sharonda Sampson while in his young days, when he played in the Amateur Athletic Union(AAU) for the Sumter Falcons team. He further joined the Johnakin Middle School, where he played as Point Guard and guided the team to a championship title in 2013. He averaged at 20 points per game in Johnakin Middle School. 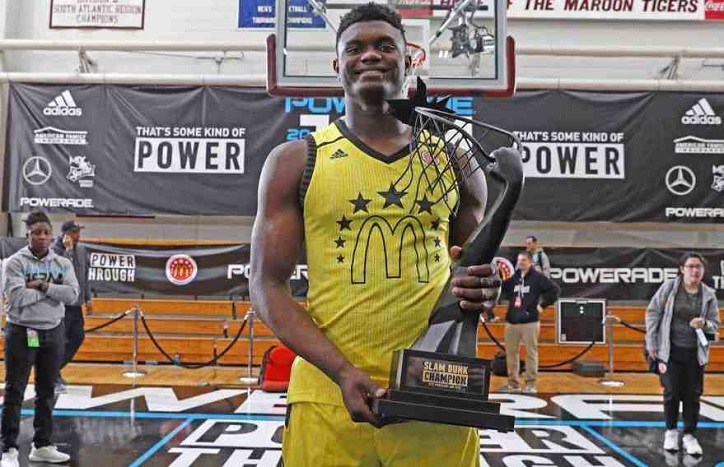 Zion Williamson attended his school in Spartanburg Day School and played for their basketball team, the Griffins. He had already grown to 6'3" by the 9th grade and was learning to dunk in his school gym. In the Freshman year with the Griffins, Williamson averaged at 24.4 points per game, with an assist rate of 2.8 and 9 rebounds. He was mentioned in the All-State and region team for the season. He even led the Spartanburg Day School the South Carolina Independent School Association(SCISA) championship that season.

By his Sophomore season, Williamson was already 6'6" and he averaged at 28.3 points per game, with 10 rebounds and27 steals per game. His improved game saw him bag the SCISA Region player of the year. He was also the lead scorer in the National Basketball Players Association Bootcamp. He also won the Under Armour Slam Dunk contest the same year.

In his Junior year, Williamson had vastly improved upon his game and had impressive averages of 36.6 points per game, with 13 rebounds and 3 steals. He was already a player to watch out for from the start of the season. He broke the 2000 point barrier and also the record of most number of 30 points plus games of the season with 27 such showings in the season. His season-high score of 53 points over Gray Academy Collegiate was a highlight of the season along with many such performances in the season.

In his Senior year, Williamson again averaged at a whopping 36.3 points per game, with 11.4 rebounds and 3.5 assists per game. He injured his foot in the season, which had him sidelined from action for almost a month. 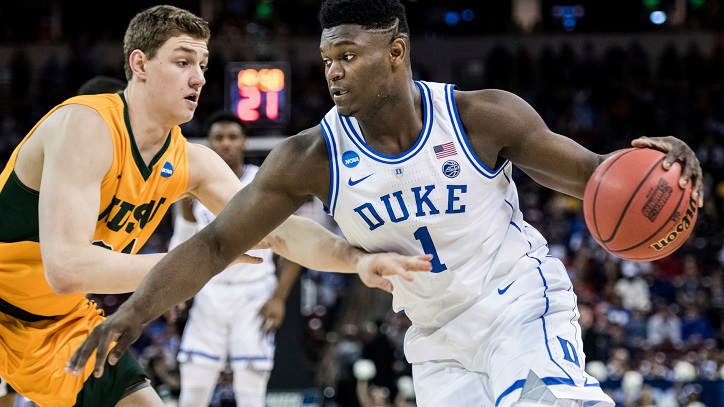 While in his sophomore year, Williamson received a scholarship from many notable universities, which includes, South Carolina, Clemson, Florida, North Carolina, etc. Williamson was not sure at the moment and he waited till his senior year to decide. On the 20th of January, 2018, Williamson decided to play for Duke University.

He played a preseason game for Duke University, scoring 29 points. His Freshman Year with the Duke University saw him averaging at 22.6 points per game, with a rebound rate of 8.9 and 2.1 steals. Williamson was also awarded the second-ranked NCAA player of the tournament. He scored more than 500 points in the freshman season, which made him one of the few players ever to do the feat.

On the 15th of April, 2019, Williamson declared for NBA Draft, thereby ending his college basketball association.

On the 1st of July, 2019, New Orleans Pelican officially signed Williamson in their first overall draft in the 2019 NBA Draft. He tore his meniscus muscle in October and had to take a break of 3 months. He made his NBA debut, on 22nd January 2020 against San Antonio Spurs, where he scored 22 points.