The King of Hollywood was born on February 1, 1901, in Ohio. William Clark Gable was one of the most consistent actors at the box office. Though he was named William, he was mostly called by everyone as Billy or Clark. When he was a 10-month old baby, his mom passed away.

It is said that Clark Gable was dyslexic. Even though his father had gifted him a 72-volume copy of The World’s Greatest Literature because he could recite most of Shakespeare’s sonnets at a young age, he never read it.

Gable initially worked in a Tire company, but at the age of 17, he saw a play named The Bird of Paradise that sparked his inspiration to act. He had a thing for older women, apparently. To advance his early career, Gable had affairs with rich, older, and more famous women who could get him gigs. He worked in a lot of stage productions as an extra and appeared in silent films before he got his big break. 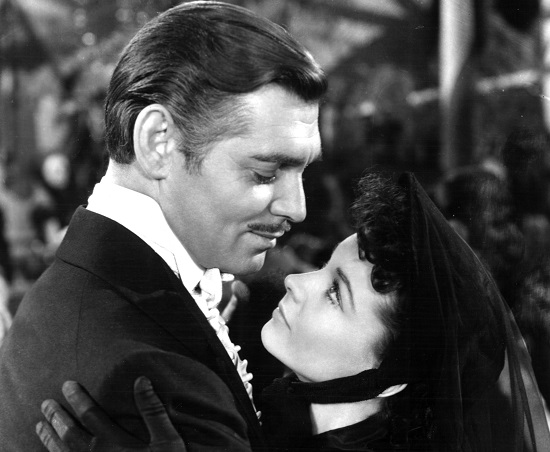 Professional Development of the King of Hollywood- and His Many Marriages

In December 1924, he married his acting coach, Josephine Dillon, who was 15 years older than him and moved to LA for his career. This marked the beginning of a rather long list of romances and weddings in the life of Clark Gable. Gable and Dillon divorced 6 years later, in 1930. A year later, he married Maria Langham, who was 17 years older than him. They got divorced in 1939.

His performance in The Last Mile, a stage production brought him to the attention of Hollywood producers. Among Gable’s most successful films for MGM were Red Dust (1932), Strange Interlude (1932), Dancing Lady (1933), Hold Your Man (1933), Manhattan Melodrama (1934), and Men in White (1934). By this time, Clark became a success and then went on to become the highest-paid movie star of his time.

One of Gable’s most notable works, the one that can be said as a classic is Gone with the Wind. The film had won a record of eight Academy Awards. It was during the filming of this movie Gable married Carole Lombard, a gifted comedienne. Unfortunately, she was killed along with her mother in a plane crash in 1942. He was devastated. In the next couple of decades, Clark made many movies, but none of them stood out.

After Carole’s death, making movies seemed pointless to him. He joined the U.S Army Air Force. He flew combat missions all over Europe while making movies for the Airforce. He was Major Gable when he ought in the World War II, and was awarded the Distinguished Flying Cross Air Medal. 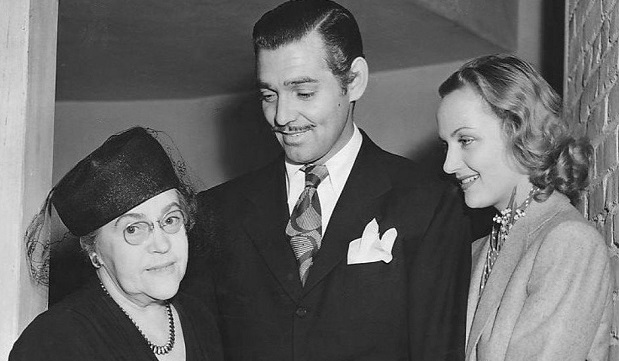 Adolf Hitler, the most known face of World War II was a Clark Gable Fan. It is rumored that Hitler even offered a reward for anybody who could capture the enlisted Clark Gable and deliver him to German custody without harm.

When he came back three years later, his studio refused to renew his contract. In 1949, he married Sylvia Ashley, but they divorced in 1952. In 1959, he got married again, to Kay Williams.

In November 1960, he had completed filming The Misfits, when he suffered a heart attack. Clark Gable died later that month, on November 16, 1960. He was buried in the shrine that he had built for his ex-wife, Carole Lombard and her mother when they died, in the Forest Lawn Cemetery, Glendale, CA.

Kay Williams was pregnant with Clark’s child. John Clark Gable, his only legitimate child was born in March 1921.

He will always be remembered for his charisma and good looks, and of course, his great movies.