The Craziest Mugshot Photos Ever Caught on Camera!

You will either laugh or bust out laughing while looking at these crazy mugshots. Unforgettable, shocking, bizarre and very curious, some mugshots are truly entertaining. Nobody plans to be arrested, circumstances and chance can lead to having a ridiculous mugshot that goes viral! By the expressions of their faces, extraordinary haircuts, a stunning collection of tattoos, clothes with ironic messages, etc. the suspects are offering us a real show! Have a look! 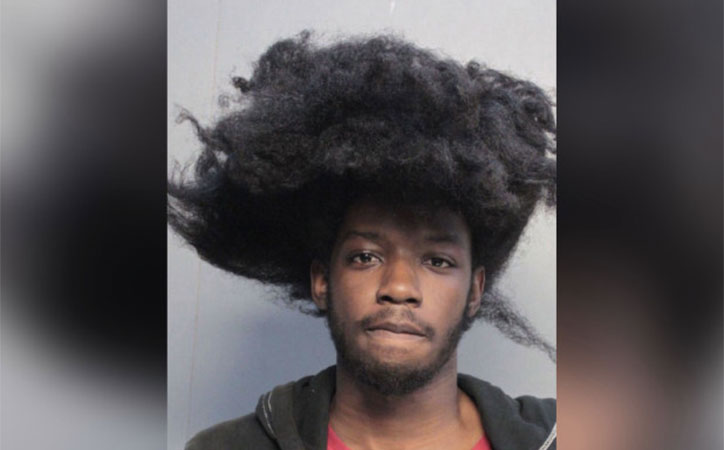 One thing is sure, the dress code isn't really demanding at UPS. This seasonal UPS worker named Emmanuel Regin has been arrested for stealing packages containing high-priced equipment such as laptops, Playstation, iPad, etc. He has been caught on a hair-rising day! 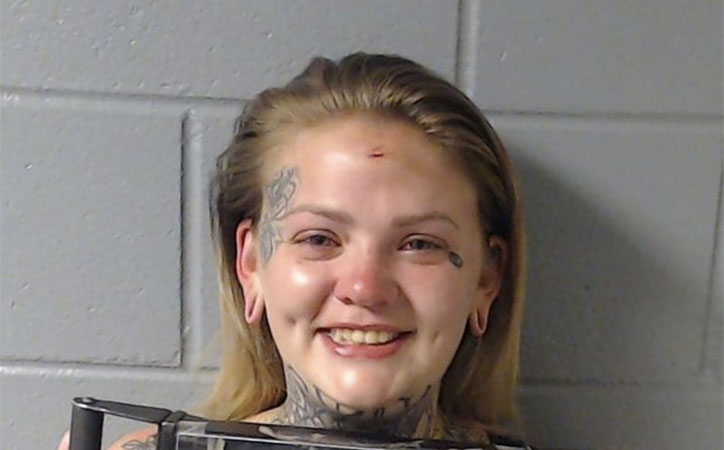 All-smiling, Samantha Grace Vaughan has been arrested for child endangerment after someone called about a one-year child left alone in an unlocked running car sleeping in a safety seat in front of a nightclub in Texas. Police officers found her inside the bar, having shots. Angry, she protested and banged her forehead into the steel bar, this is why you can observe a lesion on her forehead. 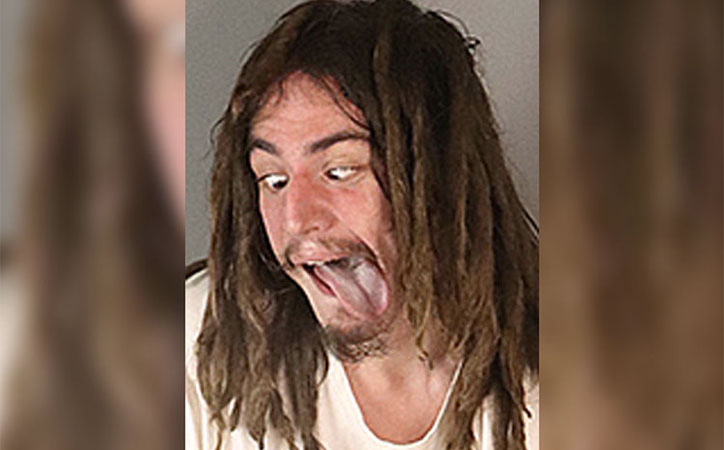 This shaggy-haired California man was not joking when he illegally entered his landlord's house and attempted to kill him by beating and choking him, trying to steal his car. After a high-speed chase, Paul Stephen Otto, 27, has been arrested and somehow offered us a funny mugshot on the way to incarceration. 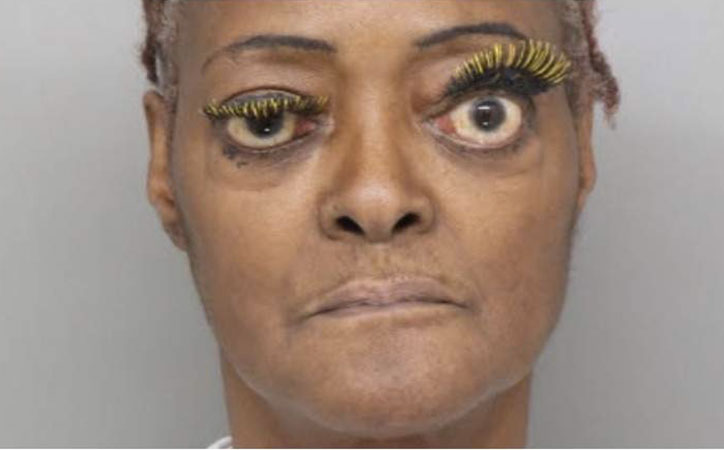 Well... that day Charlene Thompson was too busy pouring hot grease on another woman during a fight to take care of her eyelash dilemma. Result: a victim left with severe burns and a hilarious mugshot. She's been arrested previously for beating her daughter on Christmas Eve and throwing stones at a neighbor's home. 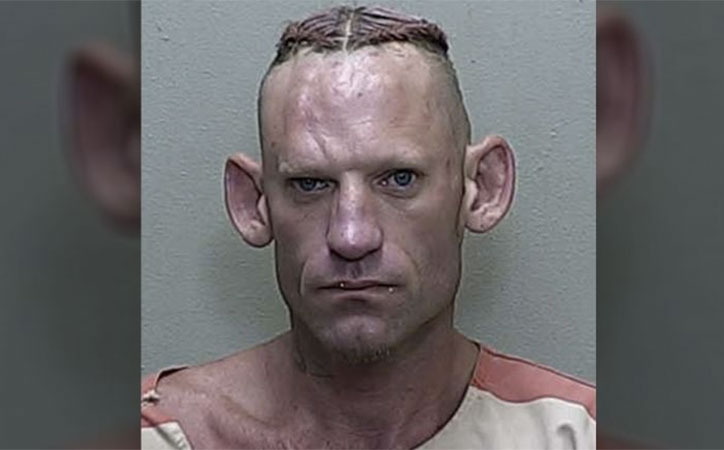 This Florida man succeeded to distinguish himself from the crowd with this viral mugshot! Ricky Deeley has been arrested during a routine traffic stop, it was found that he was driving with a suspended license, while one of the passengers was under an active arrest warrant and another one was in possession of 23 grams of methamphetamine, a handgun, marijuana, and Methylin pills. Jackpot! 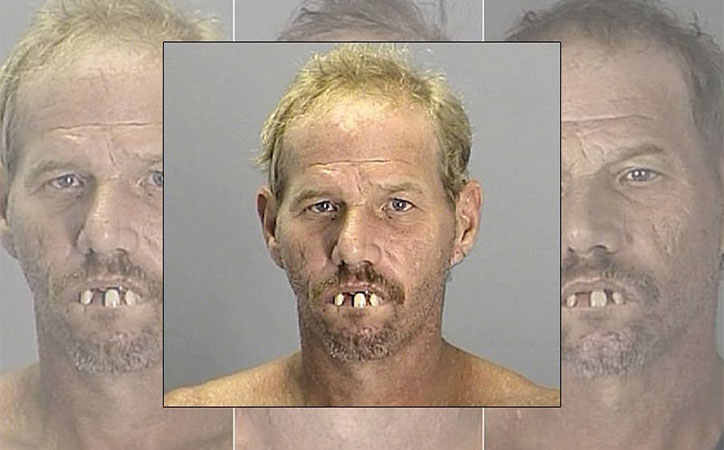 Well-known as "Dracula" in Florida, Alan Dale Lee has been arrested multiple times for possessing and selling drugs. If your children are terrified of going to the dentist, feel free to show them this mugshot... 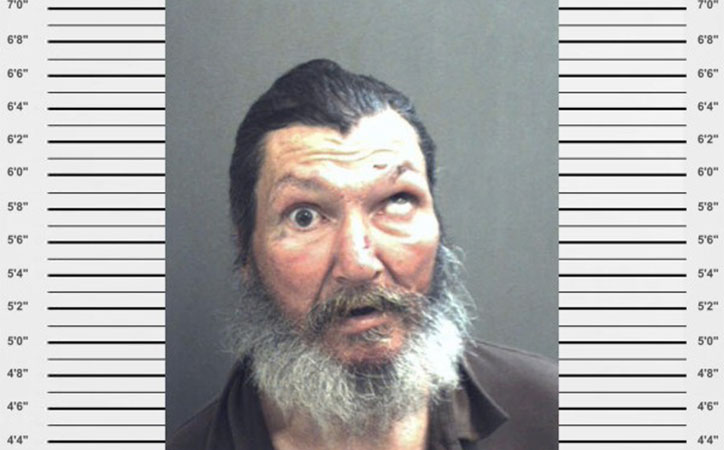 They say eyes are the reflection of one's soul... Mmmmh... 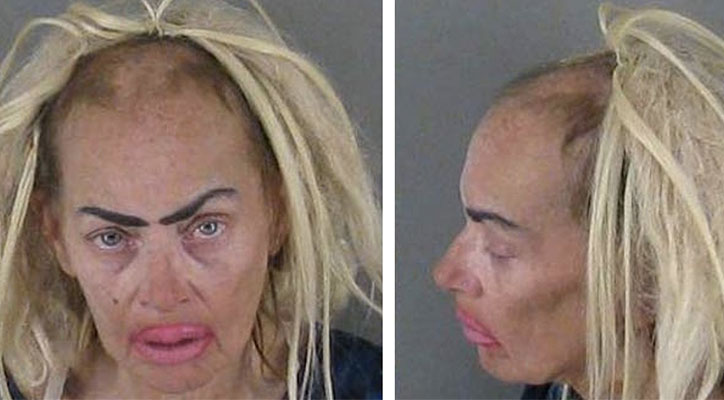 You thought you had a bad hair day? This one beats them all! 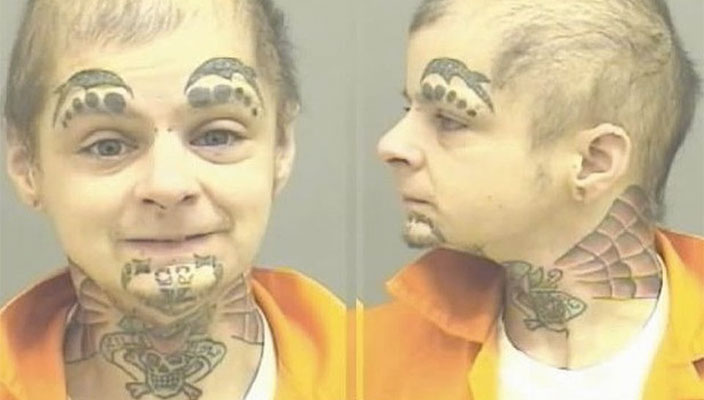 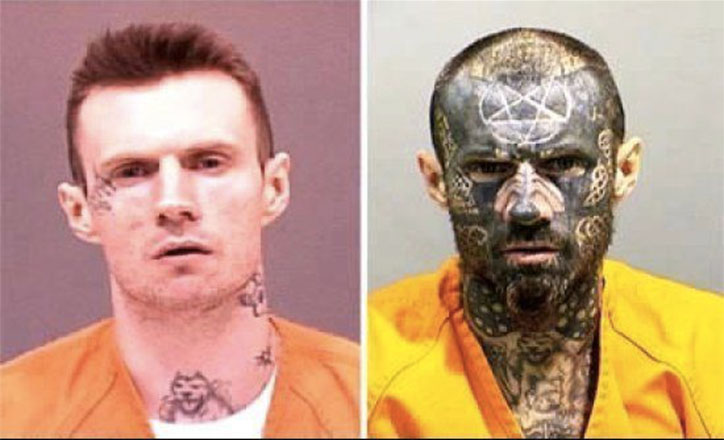 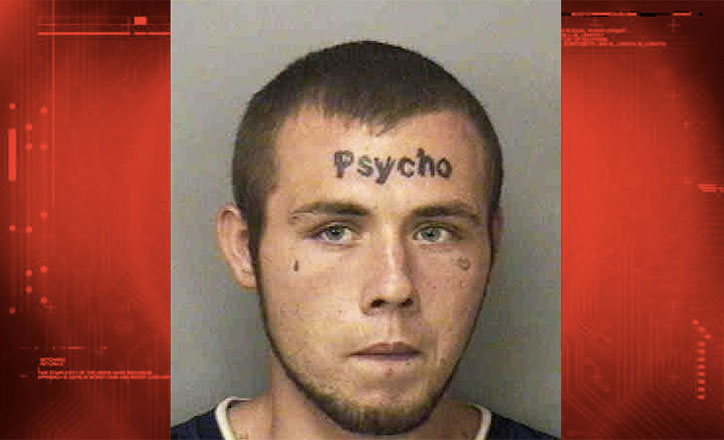 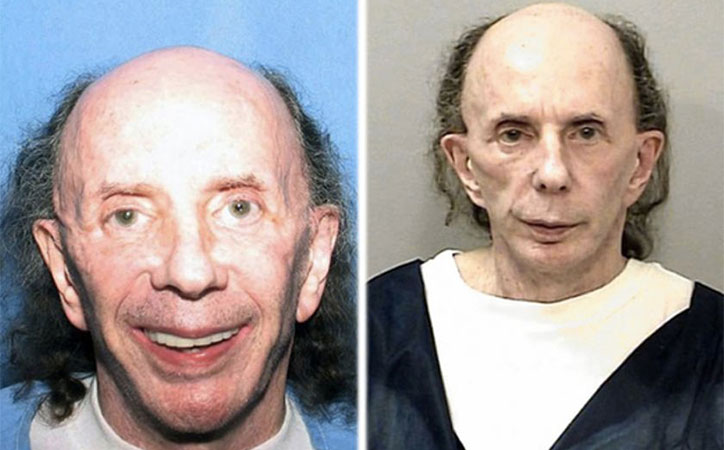 Phil Spector is well-know for writing several hit songs, he became a millionaire by the age of 21 after producing 20 consecutive smash hits. He has been collaborating with great artists such as The Beatles or Tina Turner. Famous and recognized in the rock'n'roll industry, he recently made himself famous for some different reasons: the horrible and fatal shooting of actress Lana Clarkson through the roof of her mouth. 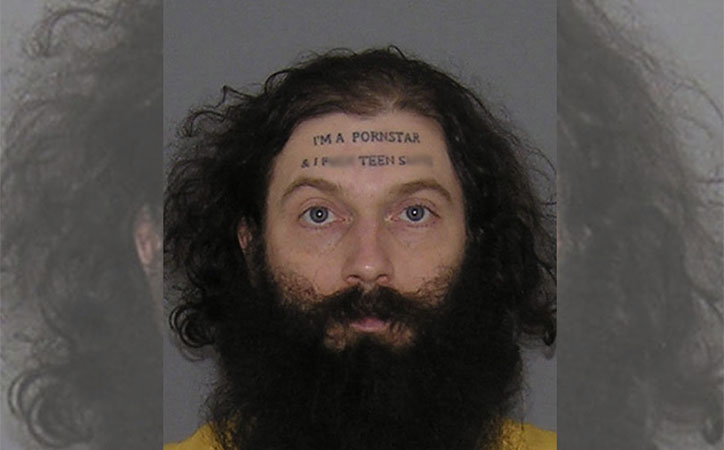 You may ask whether he has been arrested for this very distinctive tattoo or for something else? This Cincinnati man has been arrested for groping and assaulting a woman, he started punching and kicking her and forced her to the ground and began groping her genitals. Thanks to this tattoo, Christopher Wilson has been identified quite... easily! Do you also wonder who's the tattoo artist...? 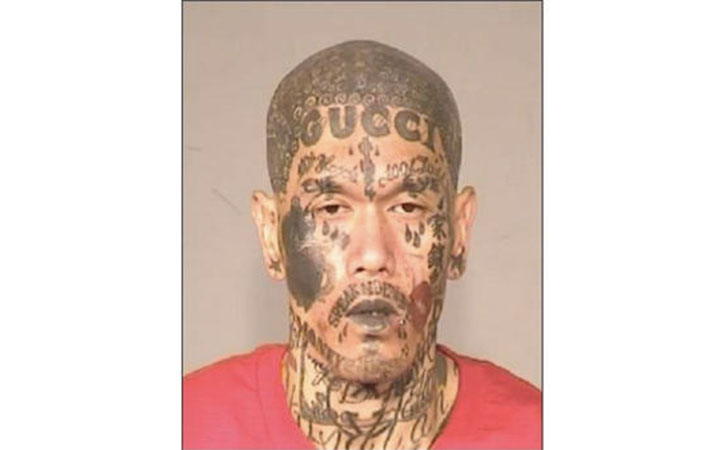 This Bloods gang member is unmissable... Khamprasong Thammavon has been arrested as he was violating his probation and carrying drugs, firearms, tactical gear and pictures of him posing with weapons during a traffic stop. Well... he came well prepared for his mugshot shoot. 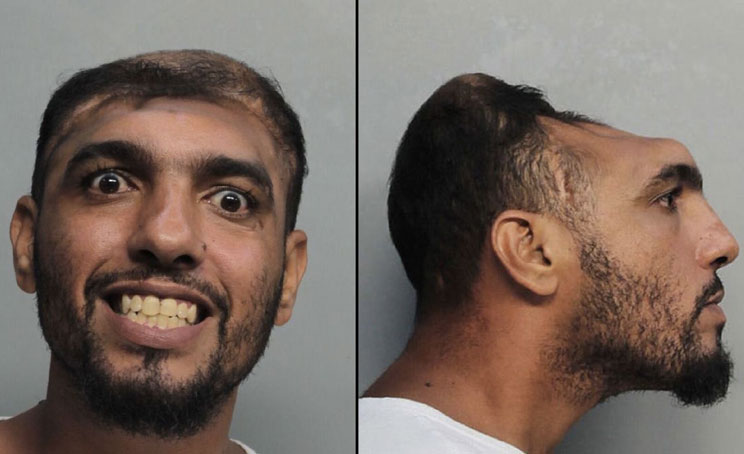 Not for the faint of heart... Carlos Rodriguez, also known as "Halfy" has been arrested for arson and first-degree attempted murder charges. Police say he set a mattress on fire in his duplex, with two people inside. After this picture had gone viral, many said it was a fake picture. Carlos Rodriguez confirmed it was not, he actually got injured after driving high on drugs and crashing the car into a pole. He explained that he flew out the front window and landed on his head and added "And this is how the old boy has come out. That's why it's no good drinking and driving or drugs and driving. It is no good kids. No good." 10-4! 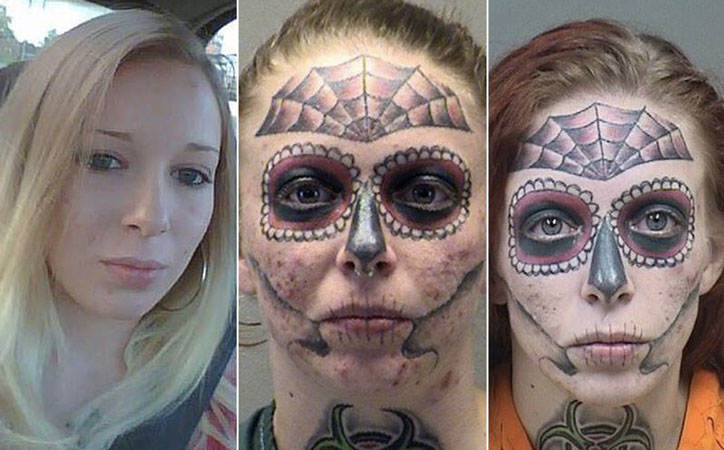 Alyssa Zebrasky, before... and after! Alyssa Zebrasky has been arrested for stealing a bag at Walmart. This real-life skeleton woman has been later on found with bags of methamphetamine and hypodermic needles. Steal a bag and save money for a new tattoo? 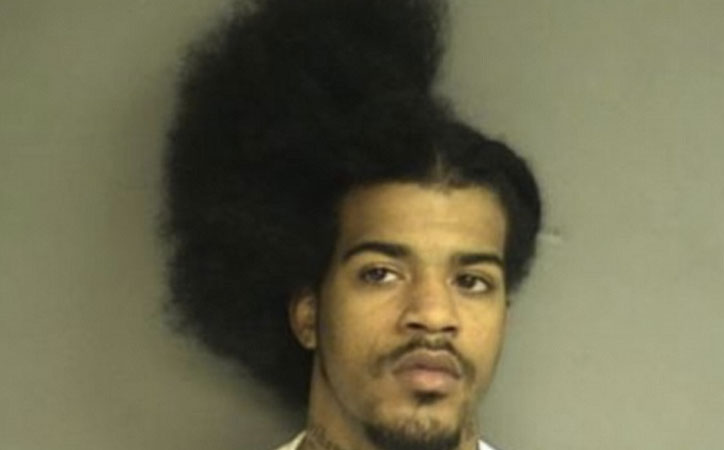 How to explain this one? David Davis has been arrested for slashing a man in the back with scissors. According to a police statement, Mr. Davis was getting a haircut when the victim approached in what Mr. Davis called an "aggressive manner," so he picked up scissors to protect himself. Conclusion... 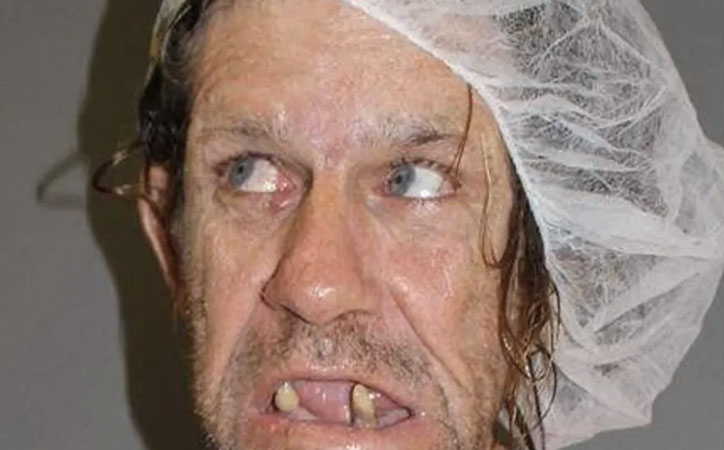 This one is so creepy... like the story behind! Ray Comer, 56, has been witnessed strangling a puppy to death with a shoelace before being arrested by police officers. 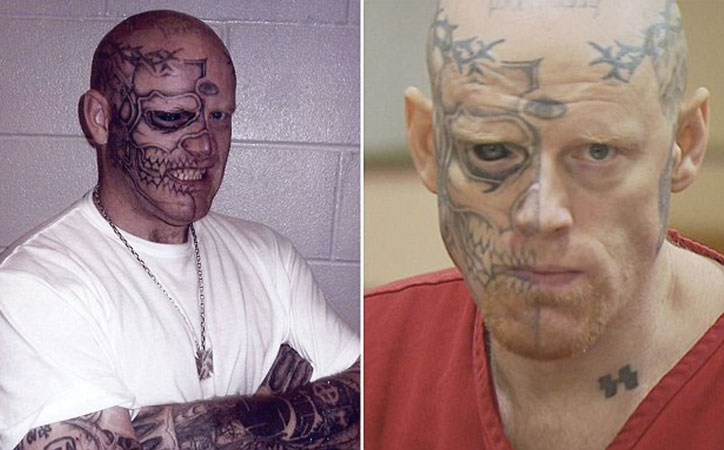 Terrifying! This heavily tattooed man has been arrested for robbing homes and stealing cars, as well as shooting a police officer. Jason Barnum is covered with skulls and skeletons. He is also well-known for his right eyeball tattoed in black. 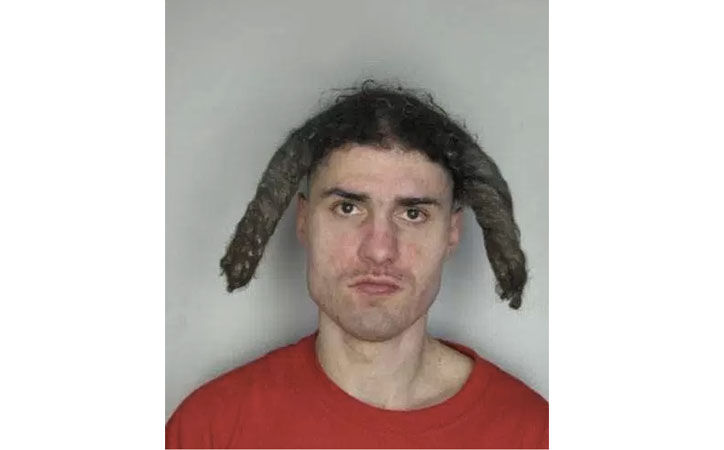 No comment but... A funny one for the end!

Find any mugshot with the help of Golookup!