Allen Iverson born on 7th June 1975 is an American basketball player who was inducted into the Naismith Hall of Fame in 2016. Better known as ‘The Answer’ Allen played 14 seasons in the National Basketball Association (NBA) in the point guard and shooting point positions. He is an 11 time NBA All-star and has won the All-star MVP Award in 2001 and 2005.

Iverson has always been into sports since his childhood and while he was studying in Bethel High School in Hampton he was a dual athlete who earned accolades in both football and basketball.

As stated earlier Iverson was bornin the Hamptons which was an area largely associated with drug and criminal activity. In 1993, Iverson and many of his friends were involved in a fight with other customers at a bowling alley in his hometown of Hampton.

According to the police report, Iverson and the people with him were rowdy and were asked to tone down their behavior several times. Even after the repeated interventions, they did not adhere to the club rules a fight broke out between the predominantly black teens and white patrons of the bowling alley. 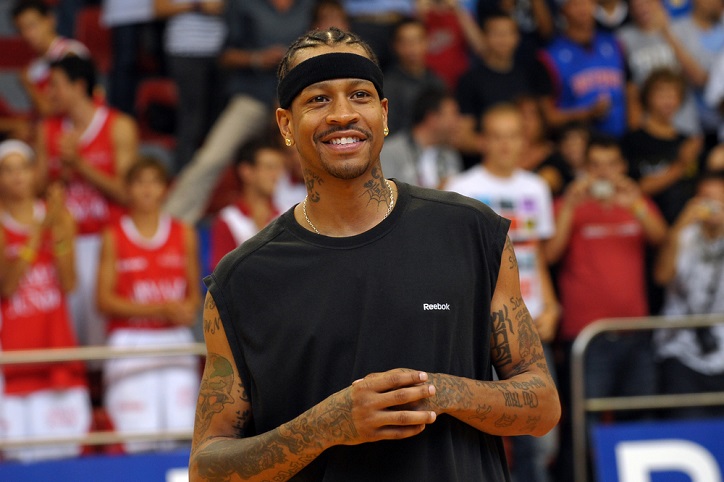 In the media, it was portrayed as a race altercation but only Iverson and his friends were arrested. The lead detective waited for 8 months so that Iverson could be investigated and trialed as an adult. During fistfight, it was alleged that Iverson had struck a woman with a chair on her head. He was arrested to the dismay of many and people thought that this was due to racial prejudice by the police.

Later on, a video emerged of the fight in which Iverson can be seen leaving the bowling alley as soon as the fight broke out. His sentence was reduced and was later sent to a correctional facility for 4 months. His sentence of 15 years was due to the massive amount of protests that took place. The sentence forced him to complete his high school from Richard Milburn High School, the school in the correctional facility.

In 1997’s off-season Iverson and his mates were stopped by the local police for speeding late at night. During a search of his vehicle, he was arrested for carrying a concealed weapon and the possession of marijuana. He did not contest his charges and was sentenced to do community service.

In 2002 Iverson was suspected of throwing his wife out after a domestics squabble. During the alleged incident, he was also accused of threatening two men who were staring at her wife. All the charges were dropped as the witnesses gave contradicting statements. 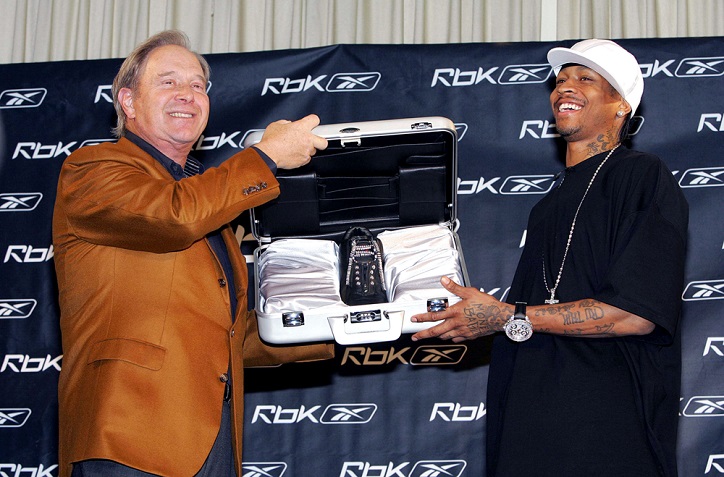 In 2004 it is alleged that Iverson urinated in Bally’s Atlantic City casino and was asked to never return to the establishment.

On the 9th of December, 2005 After Iverson’s team defeated Charlotte Bobcats, Iverson paid a visit to the Trump Taj Mahal. He gambled the night away and when he won the winning hand he decided to end his gamble on a high note and decided to cash in on his winnings. He was overpaid about $10k by the cashier and when he realized his mistake asked for the money back.

This turned into a heated argument and ultimately Iverson has to part with the money. August 2011 was also eventful for Iverson as a man sued him for $2.5 million in damages as Iverson’s bodyguard had allegedly struck him in a bar fight in Detroit circa 2009. The case was dismissed due to a lack of evidence. In 2014 Iverson was blamed for kidnapping his children and not returning them to their mother. This claim was denied by Iverson and the ex-wife later retracted her statement.