Barry Bonds (full name Barry Lamar Bonds) was born in California on July 24, 1964. Barry was born a sporting enthusiast owing to his hereditary instincts; he was the son of ML outfielder Bobby Bonds. From a young age, he played basketball and actively participated in baseball games during his high school years.

Barry also played in the junior varsity team. Barry graduated from Arizona State University in 1986. He played professional baseball as a left fielder in MLB for Pittsburgh Pirates and San Francisco Giants.

Barry started his winning journey by playing for San Francisco Giants and made headlines for his hitting capabilities. From early on, Barry was hailed as an all-round player. He was brilliant in hitting home runs, saving bases and was an exceptional catcher too. In his over two-decades-long career, Barry Bonds hit a whopping 762 home runs and was called as brilliant hitter among contemporaries. 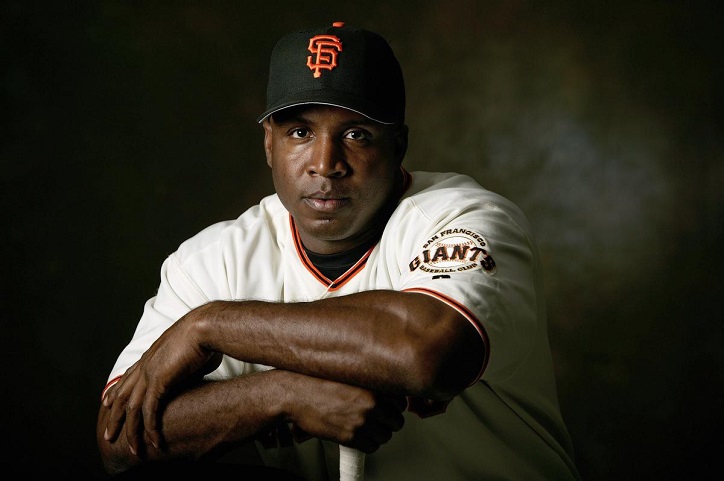 Barry Bonds played for Pittsburgh Pirates from 1986 till 1992, before moving on to signing another professional contract with San Francisco Giants in 1993. In every season, Barry Bond hit record-breaking home runs and managed the highest stolen bases. Like any other baseball player, Barry’s performance also fluctuated during the season of 1999. Owing to a severed tendon on bicep muscle, Barry was forced to go for surgery which prevented him to play in April and May during 1999.

His performance also took a hit during this season and Barry made a comeback after a year due to the injury. Barry set his career-best home run record in 2001 while he had over 500 stolen bases and was awarded the Golden Glove eight times.

Despite the testing times faced by Barry when his father passed away fighting cancer, he managed to hit 45 home runs in the next season. Continuing his winning streak, and unfazed by the loss of his father, he went on to win the coveted National League’s Most Valuable Player award.

However, the fame earned by Barry was soon skirmished by the allegations of steroid consumption. Barry Bonds was accused of taking steroids to heighten his performance on the field in the BALCO upheaval. He landed in career-tainting controversy for consuming a type of steroids, which were undetectable in doping tests. When Barry was presented in before the jury after the accusations surfaced, he alleged foul play and pleaded not guilty. With Barry, his trainer Greg Anderson and Nutritionist Victor Conte Jr. were also accused of playing roles in providing drugs to the player in deviated form. 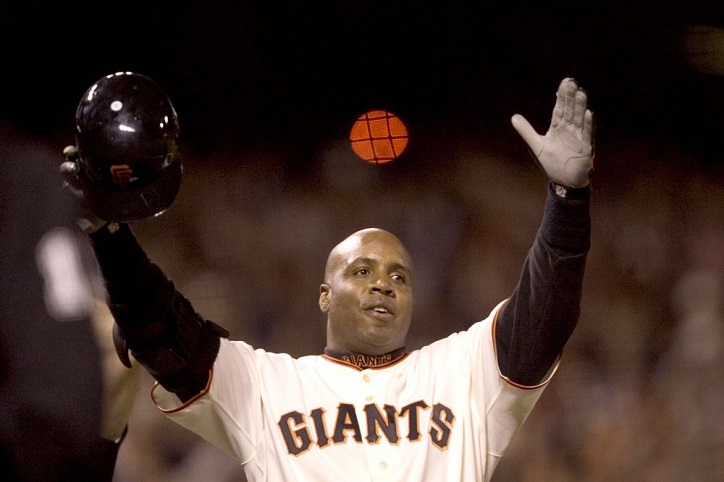 Following which during 2007, he was charged with perjury and obstruction to justice, alongside the ongoing Bay Area Laboratory Co-operative (BALCO) issue harming his fame. This time too, Barry pleaded not guilty against the jury and even publicly released the statement claiming to be innocent, denying all charges. He showed his trust in the judicial process and continued with his professional commitments. Later on, Barry faced another major roadblock due to a knee injury preventing him to play on the field.

Soon, he was back on the field with 26 home run hits during the 2006 season. Marred by controversies and allegations, his career went on a downward spiral and Barry lost the professional contracts. From 2008 onwards, his professional contracts remained canceled as the judicial proceedings continued. The BALCO controversy proved detrimental to Barry’s career graph and became the worst roadblocks for his marvelous two-decade-long professional performance.

In the later years, Barry carried on with his interest in baseball by coaching the San Francisco Giants team. In 2015, the charges of obstruction to justice were dropped by the federal court, which brought a big relief for the humble player.