Fans of Martial Arts movies will tell you all you need to know about David Carradine. Carradine is an American actor with a specialized niche for doing Martial Arts action flicks. His best work is perhaps the TV series called “Kung Fu” which first aired in the 1970s. He was also featured in a titular role in the Kill Bill movie series. Carradine’s entire family was into Hollywood.

Even with his fabulous show biz career, Carradine had problems with substance abuse and was arrested several times for the same.

A Short Bio of David Carradine

David Carradine was born on December 8, 1936. Before adopting the name of David Carradine, he was known as John Arthur Carradine. He was the eldest son of the actor, John Carradine. David’s mother’s name was Ardanelle Abigail. Most of his family was composed of actors and actresses. He was the uncle of Ever Carradine and Martha Plimpton, both of whom were in the acting business. 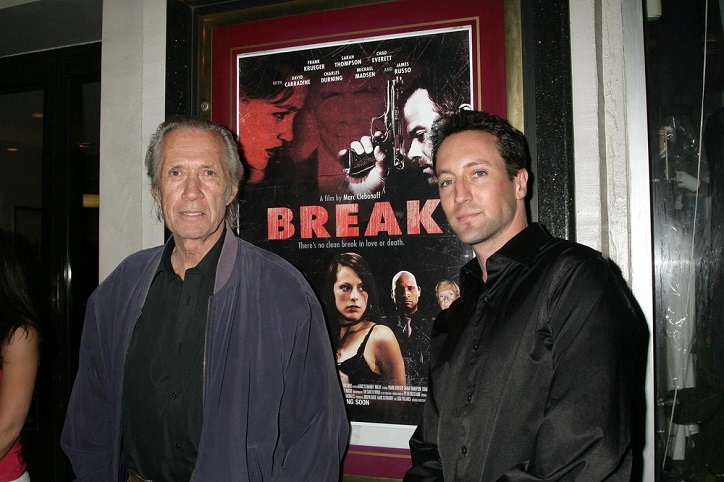 Carradine had a rough childhood as his parents were never on the same page. They divorced and remarried multiple times. David’s father John married four times and David was his eldest son from his second marriage. His father, John, moved to New York to avoid alimony charges. At one point in time, David’s father almost ended up in jail.

However, after the case was over, David moved in with his father in New York, who had already taken up a third wife. David Carradine was also known as “Jack” and most of his family members called him by this nickname. Carradine was no fan of the military and also tried to avoid a draft in 1960. However, he was unsuccessful and had to serve in the US army. Carradine married his childhood love, Donna Lee Becht.

After leaving the army, Carradine went straight to the silver screen. After getting his first role in an episode of “Armstrong Circle Theatre”, John Arthur Carradine adopted the name “David Carradine” to carve out an identity for himself. David Carradine gained recognition with his second role in “The Royal Hunt of the Sun”.

For his amazing work, Carradinewas nominated for a Golden Globe award and an Emmy Award for his role in the hit series, “Kung Fu”. After that, he received three more Golden Globe nominations for his work in “Bound for Glory”, “North and south”, and “Kill Bill Vol.2” directed by the legendary Quentin Tarantino. Carradine also received a star on the Hollywood Walk of Fame. 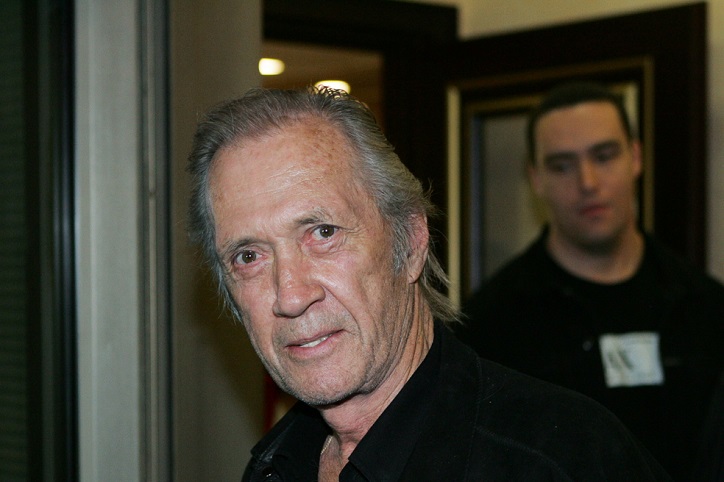 Carradine decided that he was better off directing films than acting in them. That’s exactly where the decline of his career began. He worked on Americana in the 1970s and the film took ten years to be completed. It was released in 1981. After that, Carradine’s presence on the show biz industry faded out. However, Carradine was still in high demand for action flicks. Towards the end of his career, Carradine worked in several B-grade films.

In the late 1950s, Carradine was arrested for assaulting a cop. He got into trouble with the law on various occasions after that. He also faced court-martial for shoplifting when he was in the army. During the shoot of his series “Kung Fu”, Carradine was arrested once again for attempted burglary. He also assaulted a young woman and she sued him for a million dollars. In South Africa, he was arrested for substance possession as he had some marijuana with him. After coming back to the US, he was arrested again for drunken driving. He received harsh punishments due to his history of run-ins with the law.