Donald King affectionately known as Don King is an American Boxing Promoter who came into the limelight for his scandalous activities that include manslaughter. Best known for promoting events like “The Rumble In The Jungle” and the “Thrill in Manila”.

He has been at the forefront of promoting some of the most viewed and valued matches of all time and has worked with boxers like Mike Tyson and Muhammad Ali. Most of the boxes that worked with him, later on, sued him for mismanagement and embezzlement and settled out fo court without much legal persecution.

He has also been charged with the murder of two people in a span of 13 years. In 1954 he shot a person who he caught red-handed while he was stealing from his gambling house. He was cleared of all charges later as it was a justifiable homicide.in 1967 he stomped one of his employees to death and was locked up for 3 years and 11 months in prison. He was pardoned in 1983 by the then Ohio Governor. 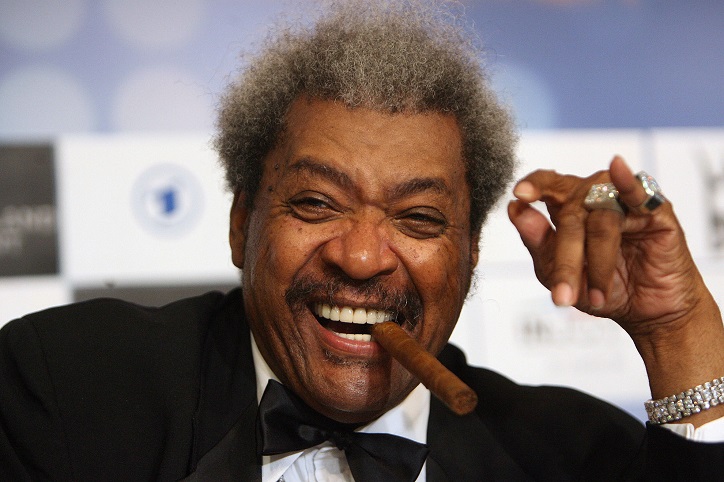 His Glory Days In Boxing

Don King made his way into the world of boxing after he convinced Muhammad Ali to box for a charity exhibition with help of Lloyd Price a singer famous at that time. In the early days, King had formed a good rapport with Don Elbaum who had numerous fighters with him. In 1974, he negotiated a fight between heavyweights Muhammad Ali and George Foreman in the country of Zaire now known as Congo.

This fight was dubbed as ‘Rumble In The Jungle’. A lot of people wanted to promote the fight and take it off King’s hands but he was victorious in securing a $10 Million purse from the government of Zaire which was a record at the time. No stranger to controversy King ran into trouble with Muhammad Ali when he underpaid him by $1,000,000 for his fight with Larry Holmes.

He with the help of Ali’s friend, Jeremiah Shabazz sent 50,000 dollars to Ali when he was not in the best of health. Shabazz later wept for helping King and Ali’s lawyer breakdown when he learned that Ali had closed the lawsuit without consulting him.

Larry said that throughout his whole career King had robbed him of a total of $10,000,000 in his fight purses. Larry said that for his bout with Ken Norton he had only received $150,000 out of the contracted $500 thousand. He also shaved money of Ken’s bout with Earnie Shavers for which Larry only got $50,000 out of the $200,000. After bringing all this King he was given a compensation of meager $150 thousand and was made to sign a pledge that disallowed him from giving more details about King to the press. 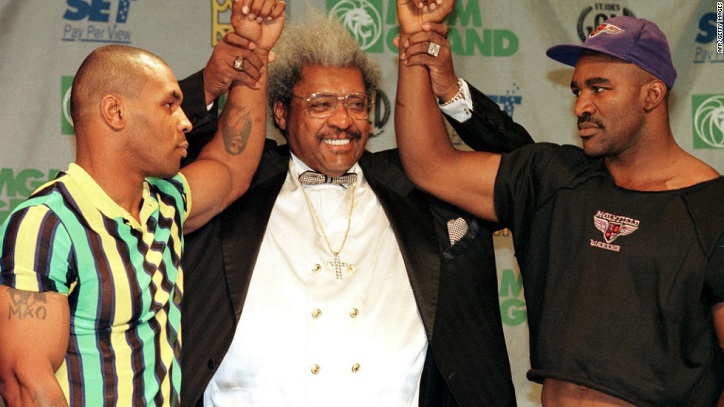 Tim Wetherspoon also ran into legal troubles with King as King made him sign an all exclusive contract in which Tim was supposed to handover his management to and his stepson named Carl. According to the contract, 33% of the purse would go to Carl and another 50% would go to King himself. The contract was signed without any of Tim’s lawyer present and drew the ire of Nevada rules. WBC sanction Fees were also used from his purse.

Tim was forced to train and prepare at King’s personal center and training charges were levied off him when he collected his purse. Mike Tyson had described King as a greedy and despicable person and in 1988 he sued king for a $100 million claiming that he had robbed millions of his money over the years he had worked him. The case was settled out of court for a whopping $14 million dollars.