Can I Take My Boat Out On The Water After Consuming Alcohol?

What people generally want to have is a comfortable life. Once this is achieved, they want to have fun. There are a number of activities that provide people with fun and pleasure and one among them is boating. But if you take your boat out on the water after consuming alcohol, there are chances of you losing all the fun. On the contrary, you will face a number of troubles. Let us find out the risks involved in drinking and boating and what the US laws say about this.

Risks of Operating A Boat After Consuming Alcohol:

1. On being asked the question "can you drink and drive a boat?" experts point out that even driving a car after drinking is not as hazardous as operating a boat after consuming alcohol. The problem is alcohol can interfere with the faculties and the reflexes of the human brain and negatively impact the operational capability of a person who attempts this misadventure.

2. The activity of boating itself involves several risks such as water currents, tides, weather, the behaviors of the other boaters, and underwater objects that are generally not visible but that the boaters may suddenly find out. Further, waterways do not have lines or roads that may guide the boaters as to where they should drive or where they should avoid driving. 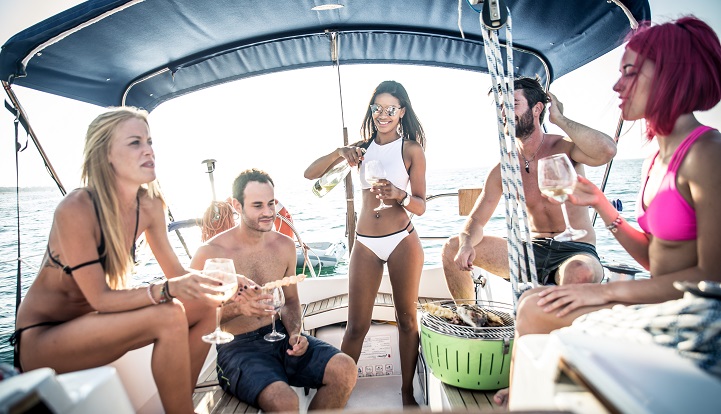 3. Even the statistics released by The American Boating Association are alarming. In 2016, nearly 15% of the boating accidents took place only because the boaters were under the influence of alcohol. The number of boating accidents during the year stood at 4,500 and these accidents led to more than 700 deaths. Even the U.S. Coast Guard has pointed out that chances of deaths due to boating-related accidents are 10 times higher in people who are under the influence of alcohol than in sober people.

4. Experts also point out that water and exposure to the sun can increase the negative effects of alcohol on the human body. This means if you drink alcohol while you are boating or if you operate a boat after consuming alcohol, you can be certain that your drinks will have a stronger negative influence over your physical and mental activities. Biologists and medical experts point out that alcohol acts as a depressant on the central nervous system of the human body. Hence, body functions become slow, though those who consume alcohol will have lowered inhibitions. But their decision-making capabilities and their reflexes become slow as well. Therefore, they may not be able to make quick decisions and at the spur of the moment when they confront sudden issues on the water. But thanks to their lowered inhibitions, they will readily take bigger risks that may pose potentially bigger dangers for their life.

5. Apart from making people sluggish and feel sleepy, alcohol can impair their hearing capacity by disturbing their inner ear. So, they can not find out or discern the ups and downs in the water nor they can rightly judge the depths.

6. Even if a person thinks that drinking on a boat that has been put on the anchorage is safe, he or she is wrong because alcohol will negatively impact his or her decision-making capability. Hence, he or she is likely to make hazardous choices. Therefore, consuming alcohol on the boat, regardless of whether the boat is being operated or is anchored, is dangerous. 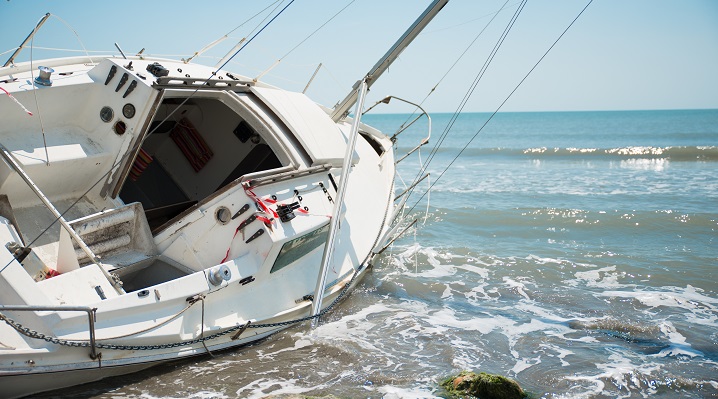 US Laws That Talk on Operating a Boat After Consuming Alcohol

Almost all the states of the USA have put in place boat drinking laws for dealing with those who take out their boats on water after consuming alcohol. These laws are very much similar to the laws that govern driving of a car after getting drunk. These boating drinking laws stipulate that the legal limit permitting driving a boat after drinking is a BAC (Blood Alcohol Concentration) of just 0.08% g/dL. This limit is applicable for all types of boats that include canoes, kayaks, and rowboats.

It is a federal offense to operate a boat when a person is under the influence of alcohol. Though every state has its own laws for punishing those who commit this mistake, the penalties, in general, are a suspension of the license to operate a boat, fines, imprisonment, criminal charges, and enrollment in a treatment program for substance abuse or in a class for alcohol education that is mandatory. Further, there may be a cessation of his or her driving privileges and insurance covers as well as negative remarks on his or her driving records. In certain serious cases, the boat of the person will be seized, impounded, or even sold also.

Penalties for underage drinkers are stiffer in most of the states. BAC limits are generally applicable only for those who are aged 21 and above. In a few other states such as Florida, if a person operates a boat in the waters of the state, it implies that he or she accepts for being tested for alcohol or drug content in the bloodstream if authorities require them to do so. If the person refuses to undergo the test, he or she may face additional penalties.