How to Handle a DUI Stop?

A police officer might ask you to pull your car at the side of the road because they suspect you to be under the influence of some drug or alcohol. Such a situation is called a DUI Stop or Driving Under Influence Stop. So here is how you should handle such a situation.

Pull Over At a Safe Place

The moment an officer suspects you for DUI, he/she will start noting things down. So, how you pull over your car will also determine your impression on the officer. Don’t pull over abruptly or in an awkward position. If you do so, then the officer will simply note it down and put it in your report.

Do Not Make Sudden Movements

Remember that the police are always trained to be cautious so if you make any sudden movements or try to act suspiciously, they might just put some charges on you. If you really want to know how to handle a DUI stop, then first you need to control how you behave. Do not jump off the car when the police approach you. All you need to do is sit tight until they ask you for your identification. 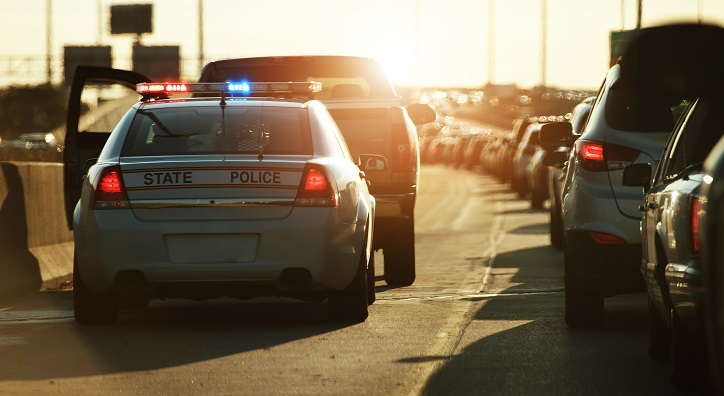 If you don’t act politely, the officer might just take offense and arrest you. Always be friendly, and helpful with them, and show full cooperation. If they ask you to step out of your car, do so without hesitation.

The police know how to use your anxiety against you. You should give your name, license, and all the basic identification they ask for but if they ask you something like whether you were drinking, or not, don’t answer. But say it politely by mentioning that you have been advised not to respond to such questions. It is true that you will be under pressure but doesn’t incriminate yourself. If you had only a couple of drinks, then say that. But lying is never really a good idea. The lie that you say can be used against you in court.

Say No to a Field Sobriety Test

The officer might demand a field sobriety test at a DUI traffic stop, but you need to say no to that. Always remember that you are under no legal obligation to take the field sobriety test. Taking the test will only give you the officer the opportunity to make subjective observations that he can use against you.

Say No to Hand-Held Breathalyzer

You should also refuse to blow into the hand-held breathalyzer that the officer might ask you to. This can lead to suspension of your driving license at the spot but that is much better than going to jail. But if you are taken into custody and then asked to do some tests, you should not be saying no to them otherwise you might face serious consequences.

A Chemical Test is Always Better

If they ask you to give a chemical test at the police station, say yes to that. You will probably get an option between a breath test and a blood test. Choose the breath take because they are easier to prove wrong in court due to their unreliability.

Give the driver the right to remain silent and say no to field sobriety tests so that they are not wrongfully arrested because of a crime they didn’t commit. But despite the DUI Traffic Stops right, you can be arrested if the officer suspects you or you behave badly with them. Apart from the unplanned events of a DUI Stop sobriety checkpoints are also set up but are usually announced to the public from before.

What to Do After a DUI Traffic Stop

In case you are pulled over for a DUI and end up getting arrested for it, it is important for you to use your rights. The first thing that you need to do is hire a DUI defense attorney, and there is no need to wait until you are released from custody or wait until you appear in a bond hearing. You can find a DUI lawyer that will offer you a free consultation and choose the best attorney for you. During your meeting with the lawyer, you will be able to ask the questions you need answers to and discover how to get the best outcome.

In either case, the arresting law enforcement agent must read you your rights, and you need to remain calm so that the DUI will not worsen and turn into several charges against you.