Law on Perjury of Oath in Idaho and the Punishments for it?

Perjury is an intentional act wherein an individual under oath gives false statements or lies in the testimony. Perjury is a severe offense as it can affect the decision of the court and can even be used to usurp the ruling. In Idaho, Chapter 54 if the Idaho Statutes deals with the crime of perjury, subornation of perjury and the punishments for it.

As per § 18-5402, an oath can be an affirmation or any form that may help attest the truth and is authorized by the law, and can also include any certificate or declaration under the penalty of perjury. The oath needs to be as per the specifications permitted by the State, whoever they can be subscribed for from within or without the State.

Perjury is a very serious crime, as it can take away the power of the court and manipulate the results of the legal proceedings. As per § 18-5409 of the Idaho Statutes, any person found guilty of perjury or subornation of perjury will be required to serve a prison sentence of a minimum of 1 year and for a maximum period of 14 years.

According to § 18-5411, providing false information under oath is a grave crime, however, if this crime leads to the execution of an innocent person, the consequences can be even graver for the offender. Those found guilty of intentionally falsifying or misrepresenting information under oath or of subornation of perjury, which led to or may lead to the execution of an innocent individual shall be punishable by a death sentence. 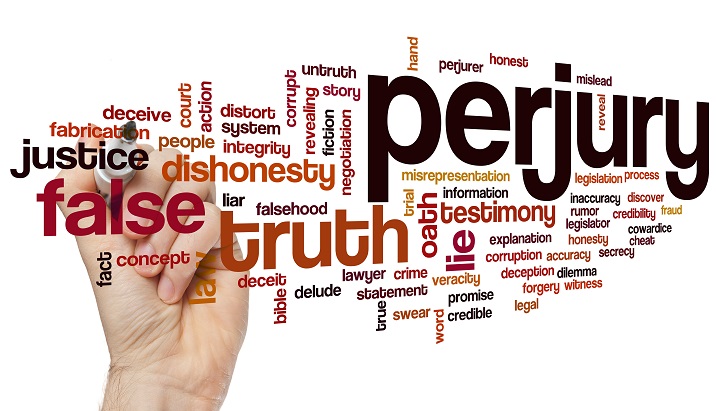 Those convicted for the above offense will be charged for a misdemeanor. If otherwise not mentioned, the offenders will be required to serve a prison term for a maximum of 6 months in the county jail, or pay a fine of a maximum of one thousand dollars or both.

While several sections under the Idaho State Legislature's Criminal Code do not allow the examination of the witness's testimony to be used against them as a proof of criminal proceedings. However, in the case of perjury, a defendant's testimony can be used against them to perjury. Perjury under oath in most of the cases is a felony and the offender has to serve a long term in prison. There are instances where they can be sentenced to death.