What is the Law on Perjury of oath in Kansas and What are the Punishments for it?

Perjury is defined as the act of deliberately making misleading statements or misleading an investigation while under oath. It is also described as knowingly affixing a signature on a legal document which can mislead and be false.

Simply stated, when in an official proceeding and under oath a person makes a statement which she or he knows is not the truth, it is called Perjury. Essentially perjury boils down to a witness telling a lie in a case, an investigation, lawsuit or inquiry. Prosecutors will try to prove that you committed perjury under oath. However, if you made a statement although false, was not intentional, it is not considered as perjury.

Under Kansas laws, it is the right of anyone accused of perjury to have a defense lawyer present at the time of interrogation or prior to presenting yourself before an investigation party. Always remember that perjury cases are always defend-able, and it is critical that a lawyer representing you be present to tackle all offenses thrown your way by the prosecution.

The fact that the act of perjury interferes with normal criminal proceeding and is capable of influencing the outcome of the crime, automatically deems perjury as a felony charge. Thus, goes the oath-taking statement which says, “I swear to say the truth, the whole truth and nothing but the truth”. The justice system’s obligation is to arrive at the truth and therefore anything that gets in the way of that process is considered a serious offense and attracts serious consequences.

According to the Kansas Statutes Crime and Punishment 21-5903 for perjury, perjury is intentionally and falsely

1) Swearing, affirming and testifying, declaring and contributing to any substantial fact while on oath or affirming facts to be true in a matter proceeding in the court of law, public body, public notary or tribunal

2) Testifying as true and accurate and declaring, verifying a certificate or statement to be true.

Perjury is a felony according to the Kansas laws and there is a lot on the line for someone convicted of perjury. Collateral consequences are also put into place by the law. Some of them are: 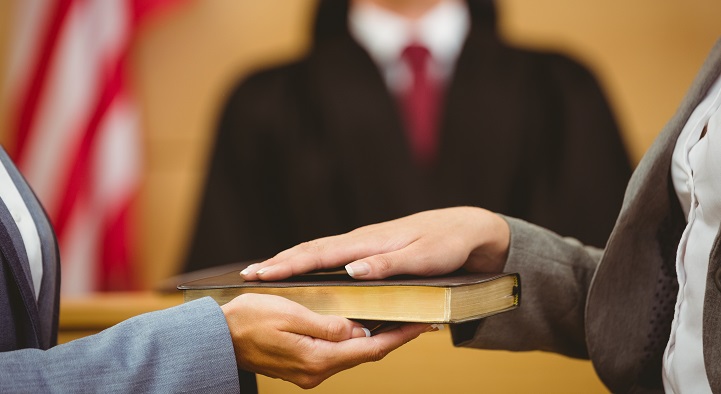 Apart from collateral consequences, felony crimes in Kansas are classified and ranked on the severity level. Classifications primarily come under drug crimes and non-drug crimes. Drug crimes are usually ranked from level one to level five. Non-drug crimes such as perjury are ranked from level one to level ten. A person charged with perjury, a felony under Kansas laws can find or determine the severity level in their charging document. Prior criminal history in Kansas will automatically tighten the noose with more stringent and strict laws for the present case the individual is facing.

Judges in Kansas use the state’s sentencing guidelines which is a grid that divides crimes by severity levels and categorizes defendants by their history of criminal records.