Are Minors Subject To Different BAC Limits Than Adults Who Are Charged with DUI?

Did you know that nearly 3000 teenagers die each year in alcohol-related driving accidents every year? The age of range of most of these drivers is between 16 and 20. Teenagers, in general, are prone to risk-taking behavior. They’re also highly inexperienced with alcohol. After consuming alcohol, they’re more likely to put themselves and others in danger by driving an automobile. It is in reference to these risk-taking behaviors that the laws and penalties in the United States for teenage drunk driving are very stringent.

Penalties and Standards for Underage DUI's

There are different driving under the influence standards (DUIs) for minors (under age 21) then there are for adults. Each state defines their DUIs according to the BAC level of the accused.

What is a BAC Limit?

BAC refers to your blood alcohol limit. When you’re stopped by law enforcement and suspected of drinking and driving, they may administer a breathalyzer test. This provides instant results about the blood alcohol concentration in your body. The main component of alcohol is ethanol. It is absorbed by the bloodstream and processed by your liver. Consuming a single drink (12 ounces of beer/1.5 ounces of whiskey) takes up to one hour for the body to process. If you’re consuming more than a glass within a short period of time, then you will feel the effects of the alcohol. This is called intoxication and can cause serious impairments in judgment such as driving. 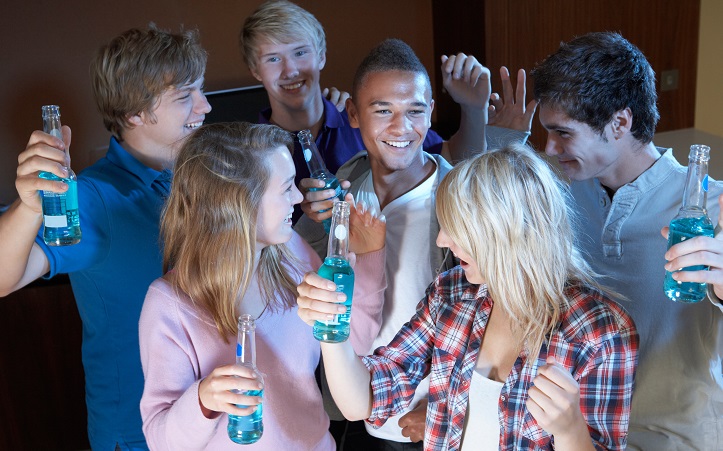 What is BAC Legal Limit?

For adults in most states, the BAC limit is set at 0.08 or more. However, the BAC limit for minors is much stricter. In fact, most states have adopted a zero-tolerance law for underage drivers who are caught driving under the influence of alcohol. Even though most states have their BAC legal limit for minors set at 0.02, you may be charged with a DUI if your blood alcohol limit is more than 0.00 percent. This means if any amount of alcohol is detected by the police officer during the breathalyzer test, they have the authority from the Registry of Motor Vehicles (RMV) or the Department of Motor Vehicles (DMV) to immediately suspend or revoke the minor’s license.

There are additional penalties that the court and ruling judge may impose. For instance, the minor may be required to perform community service work in addition to having his/her license suspended or revoked.

Consequences of DUI Convictions in Minors

Each state has its own set of punishments for teenagers who are charged with driving under the influence. These punishments tend to be harsher for first time minor offenders than those given to adult first-time offenders. Why? The minor is facing two penalties. The first is for underage drinking and the second is for driving while under the influence. If it is found that the minor has crossed the BAC limits and has a reading between 0.05 to .07 or more, they will be charged with two DUIs: underage and adult. This automatically increases the penalties. Usually others charges are laid with DUI offenses. Examples include violation of Child Endangerment Laws, possession of a fictitious or altered ID card, minor possession of alcohol, distributing alcohol to minors, soliciting alcohol from adults, etc.

Most states charge a minor’s DUI with a class one misdemeanor. This will permanently remain on the offender’s record. Apart from community service, a fine may also be imposed. The teen’s license can be suspended for up to two years. To have their license reinstated, the minor will have to provide evidence of financial responsibility.

Many people view zero-tolerance laws as unfair and harsh. However, these have proven to be effective since their implementation. The number of automobile-related accidents caused by teenage DUIs has significantly declined.