Orenthal James Simpson, also known as The Juice or just O.J. Simpson is a footballer that played for the Buffalo Bills and San Francisco 49ers. He was popular amongst both football fanatics and media alike for his performance on the field and the controversies that followed him off the field.

Today he is known primarily for being convicted for the murder of her wife Nicole Brown Simpson and her friend Ron Goldman. He was declared innocent in the criminal courts but the civilian court found it otherwise.

Nicole Brown Simpson and Ron Goldman were found dead on June 12th of 1994 outside Nicole Simpson's condo in Brentwood with multiple stab wounds. Suspicions were raised as O.J. was someone who had a vested gain from their deaths. When Simpson didn't surrender to the police he was the subject of a chase while riding as a passenger in white Ford Bronco.

All the news channels in the country at the time interrupted their broadcast of the 1994 NBA Finals to show the chase. With 95 million viewers watching the chase, O.J. Simpson’s tiff with police has now become one of the infamous rides ever to be broadcasted on American Television. 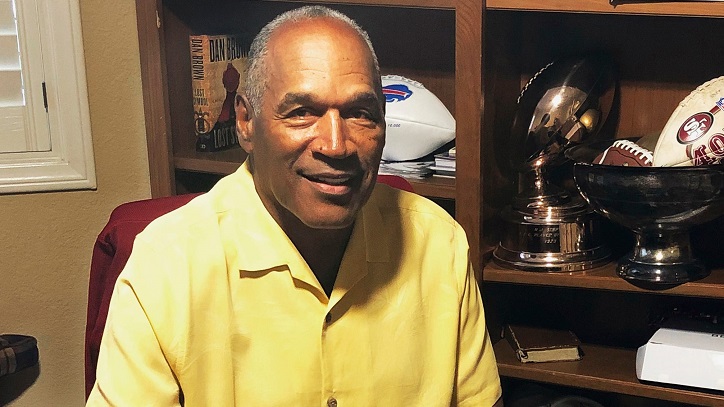 The whole pursuit and incarceration of OJ were one of the most publicized events ever to be shown on American Television in all its history. The legal proceedings also know as the Trial of the Century took eleven months to reach a verdict and awarded the status of innocent to O.J. Simpson. Following his innocence proven there were no further arrests in the case.

The verdict divided the Americans along the racial sides and created communal tensions in the whole country. According to the people who were present at that time, the African Americans thought that justice had been served while the Latinos and White people thought that O.J. had gotten off easy. In an interesting turn of events, an opinion poll conducted in 2016 showed that 83% of white people of America and 57% African American population considered Simpson a criminal and should have been in jail.

After he was acquited of all the charges, Ron Goldman’s family filed for a class action lawsuit against OJ. Daniel Petrocelli came in favor of Fred Goldman, while Robert Baker defended Simpson. In 1997 the civil jury found Simpson guilty for the death of Ronald Goldman and ordered Simpson to pay $33.5 million in damages. His Heisman trophy was also put on auction and fetched almost half a million dollars which went to the Goldmans. 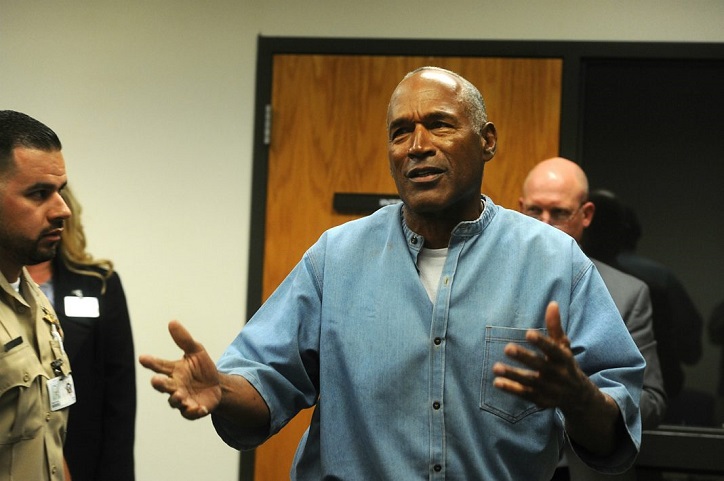 In 2007 there were allegations raised against OJ Simpson that he and a group of men had entered the Palace Station hotel-casino and robbed sports memorabilia with the help of firearms. Simpson pleaded guilty to the charges but denied ever having forced his entry or ever carrying a gun.

Simpson and his posse were found to be guilty on all accounts in 2008 and faced a possible life sentence. On the 5th of December of the same year, OJ was sentenced to 33 years with parole only possible after 9 years. He served his time in Lovelock Correctional Centre.

In 2012, OJ pleaded that he had a mistrial and wanted a new trial to be conducted as he may have been misrepresented by his lawyers. This plea was dismissed in a single hearing. In 2013 he was granted parole on a few of his convictions but his imprisonment continued on other accounts.

Due to his good behavior and upon further scrutiny by the parole board, O.J. Simpson was granted bail in 2017. After his bail, O.J. Simpson avoids public interactions and resigned himself to a quiet life.