Phil Rudd is the world-renowned Australian drummer who is also the co-founder of famous rock band AC/DC. Rudd has been recently arrested again, for charges that are not clear yet. Phil Rudd has seen many ups and downs throughout his career and personal life, and it is unfortunately not the first time that he has been charged with illegal activities.

Born as Phillip Hugh Norman Rudd, on 19th May 1954 in Melbourne, he started playing drums from his early teenage years. He comes from Irish and German descent. Phil Rudd was part of many bands before he joined Angry Anderson in Buster Brown to release their first album called Something to Say.
Career

In 1974 Phil Rudd auditioned for the rhythm section in AC/DC and was immediately hired. His drumming style intertwined with the band’s music and style and his drumming became an integral part of the band’s sound from 1975 to 1983. During this time the band had a tight schedule and was always performing somewhere in the world. 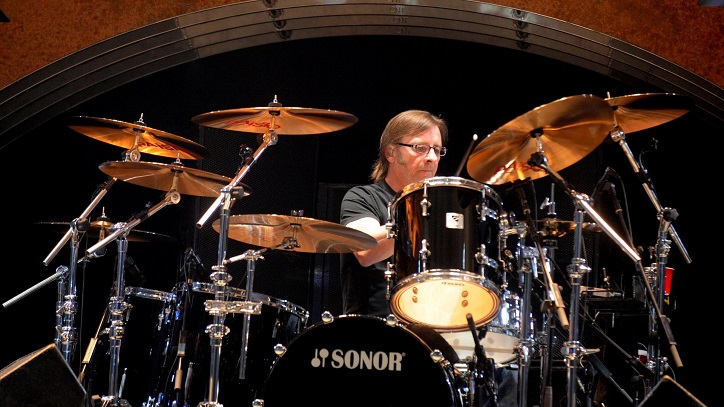 As his popularity with the band increased, so did the performance pressure increased. The AC/DC vocalist Bon Scott admitted that Phil Rudd had several nervous breakdowns during their world tour, and often needed to go to a counselor before performances.

Phil Rudd took Scott’s death in 1980 very poorly but continued with AC/DC until he was fired in 1983 due to his personal problems and issues with Malcolm Young the lead guitarist of the band. By this time Rudd was heavily involved with drugs and other substance abuse.

Phil Rudd left AC/DC to retire in New Zealand, where he bought a helicopter company and got married. In an interview, he said he left the band to play drums in his ow time and stay with his cars. He even started organic farming in his country house and was living happily away from the media.

He built his own recording studio and in 1993 he rejoined AC/DC after they met for the Razor Edge album tour. After that, he performed in four of AC/DC’s albums, including Stiff Upper Lip and Rock or Bust.

In 2010 Phil Rudd was first charged with possession of marijuana on his boat in New Zealand. His team made a quick deal with the authorities so that he could continue his tour with AC/DC. 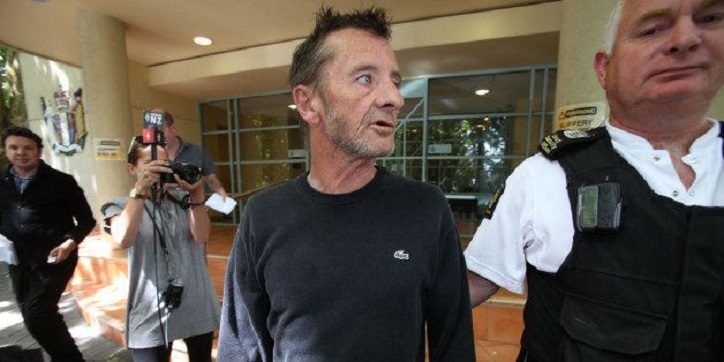 Next year Phil Rudd bought the Bridge Marina restaurant in Tauranga. For that in 2014, he was sued by three of his employees for $70000 due to unjustified dismissal. The same year he was charged with procuring a murder, possession of cannabis and other drugs, along with threatening to kill, after the police raided his New Zealand home.

In 2015 he pleaded guilty to all of the charges, except the charge of attempted procurement of murder. Another member of the AC/DC band claimed that there had always been some issue with Phil Rudd but the extent of this situation came as a total surprise. In July of that year, Phil Rudd was sentenced to eight months of home imprisonment and was fined for $120,000. The subsequent appeal to the New Zealand High Court for release without conviction was rejected.

The Judge sentenced house detention only if he maintained the legally binding contract, But only after a few days of his sentencing he was arrested and brought to court once again for not properly following the regulations that were agreed upon. A judge let him go with a severe warning, but Phil Rudd blamed the media attention as motivation for his poor behavior.