The Biggest Political Scandals US History

In the age of the internet, there are no secrets. We can see this from the 2016 election campaign where every bit of dirt about Hillary Clinton and Donald Trump was spread throughout the media from their pasts.

However there was a time without the internet, and even then, scandals were not uncommon, some may have been successfully hidden from the public, but there were still major political crimes and scandals dating back to the creation of the United States. Here are the 7 Biggest Political Scandals and Political Crimes in US History

The Rape of Maria Halpin

Grover Cleveland was the 22nd and 24th president of the United States who won the popular vote for three consecutive elections. Two years into his first term as president in 1886, at the age of 49, President Cleveland married Frances Folsom, a daughter of his close friend who was 21 at the time of the marriage.

This is a bit scandalous alone, but recently after he was elected, another scandal came to light that 10 years prior to his presidency, Cleveland has a child with a woman named Maria Halpin. Cleveland was a bachelor at the time, and he claimed Halpin was a promiscuous woman and engaged in sexual acts with his friends as well, but admitted that the child was his.

Halpin however, had a very different story. She claimed that he continuously sought her, and after many attempts finally agreed to have dinner with him. After the dinner, Cleveland walked her back to her house, and entered her room without permission and forced himself upon her in a violent manner and without consent. She also claimed that Cleveland threatened to ruin her if she went to the authorities. 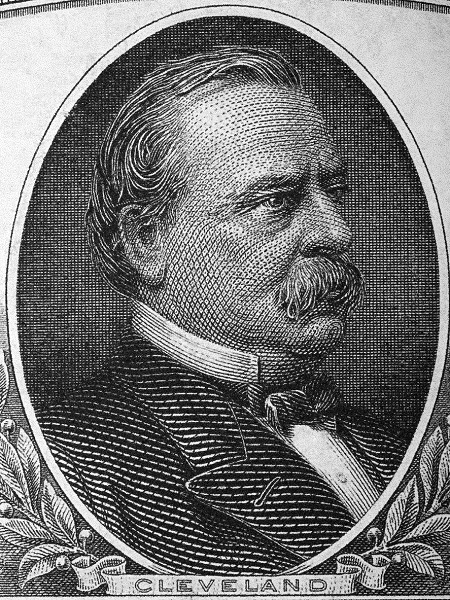 Following the birth of her child, Halpin was brought to an asylum for mental issues, although doctors there claim that she had no signs of mental illness and there was no reason for her to be put there. After being released Halpin found her son and intended on pressing charges against Cleveland, but an arrangement was made wherein Halpin was given 500 dollars and she relinquished all claims to her son and against Cleveland. Interestingly, Cleveland won the popular vote for the presidency twice after the scandal was brought to light.

Warren Harding was one of the most popular presidents during his short term in office, but after his death, he was regarded as one of the worst presidents in US history after a number of scandals came to light. Aside from the fact that Harding had a mistress and fathered a child with her during his time in the senate, his possible involvement in an oil scandal sealed his fate.

Harding appointed his friend and fellow Ohioan Albert Fall as the Secretary of Interior. At the time there was an oil reserve in Wyoming shaped like a teapot that was put aside by the US navy as an emergency reserve in the event of a war. Fall convinced Harding to move control of this reserve and two others from the US Navy to the Interior Department which was under his jurisdiction. Fall then leased the land to longtime oilmen who were friends of his, the fields had hundreds of millions of dollars worth of oil.

Fall left office less than two years to spend time on his ranch and continue with oil deals in Mexico and the Soviet Union. When the press got a hold of the deal, one of the oilmen paid off the newspaper in the amount of 1 million dollars to hold them off from publishing it. Harding may have had a part in pressuring the oilman to pay them off due to his wariness of bad press.

There is some evidence that Harding both knew and benefited from the corruption in his cabinet, he was to spend a year on the cruise of the oilman, and he once confided in Herbert Hoover that he knew of a major scandal in his administration. The stress may have gotten to Harding because he died 2 years into his presidency most likely from a heart attack.

Perhaps one of the most infamous scandals in the history of the US was committed by President Richard Nixon and eventually led to his resignation. The scandal began with a break-in at the Democratic headquarters which was located in the Watergate Hotel by members of Nixon’s re-election campaign. They planted wiretaps on key members of the Democratic National Congress’ phones. Nixon initially was not a party to the conspiracy, but he was involved with the subsequent cover-up. 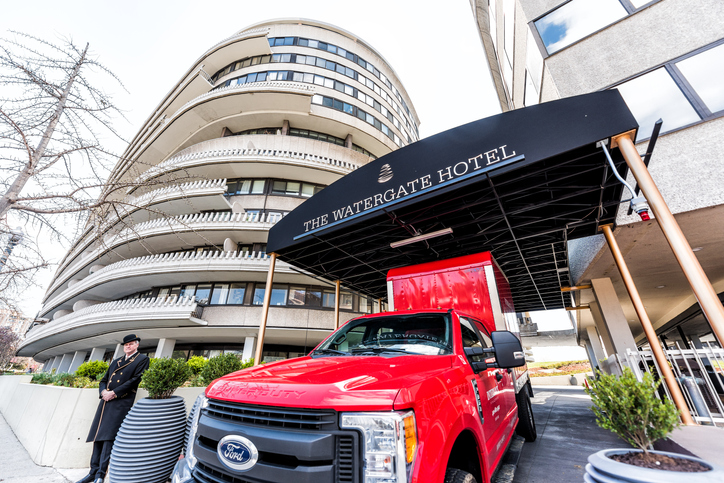 Thomas Jefferson was one of the founding fathers and the 3rd President of the United States. He married Martha Wayles who was his third cousin in 1772 but she died 10 years later. Martha was the daughter of an English planter and slave trader named John Wayles, who also had a number of children with a slave named Betty Hemmings. One of these children was Sally Hemmings, who was a slave in the Jefferson household following the marriage of Thomas and Martha.

Jefferson had an affair with Sally following the death of his wife and her half-sister which resulted in a number of children. The affair came to light after some of Jefferson’s political enemies notices some light-skinned slaves in the household. The Jefferson’s denied the allegations, and the affair was only proven in 1998 when descendants of Sally were shown to match with the DNA of Jefferson. 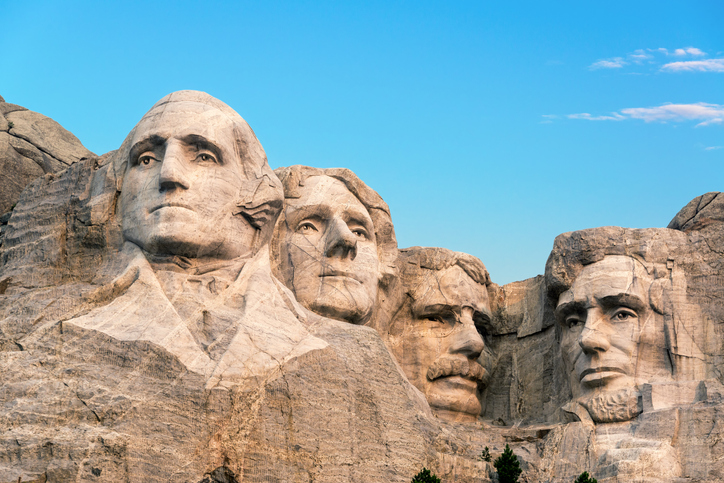 One of the most famous sexual scandals in US history is the Monica Lewinsky Affair. Lewinsky was an intern at the White House in 1995–1996 during the presidency of Bill Clinton. During that time Lewinsky and Clinton had 9 sexual encounters in the oval office but did not include sexual intercourse. Lewinsky was later transferred to the pentagon due to the worrisome amount of time she spent with President Clinton. A full account can be found in a report led by prosecutor Kenneth Starr.

The affair came to light in 1998 by a coworker of Lewinsky to whom she confided in about the affair. Clinton originally denied the allegations famously claiming “I did not have sexual relations with that woman” and even claimed so under oath. After evidence of a semen-stained dress and other memorabilia from their encounters, Clinton admitted to having an inappropriate relationship with Lewinsky but claimed it was not included under the term sexual relations. Clinton was eventually impeached for lying under oath, making him the second president to be impeached in US history. 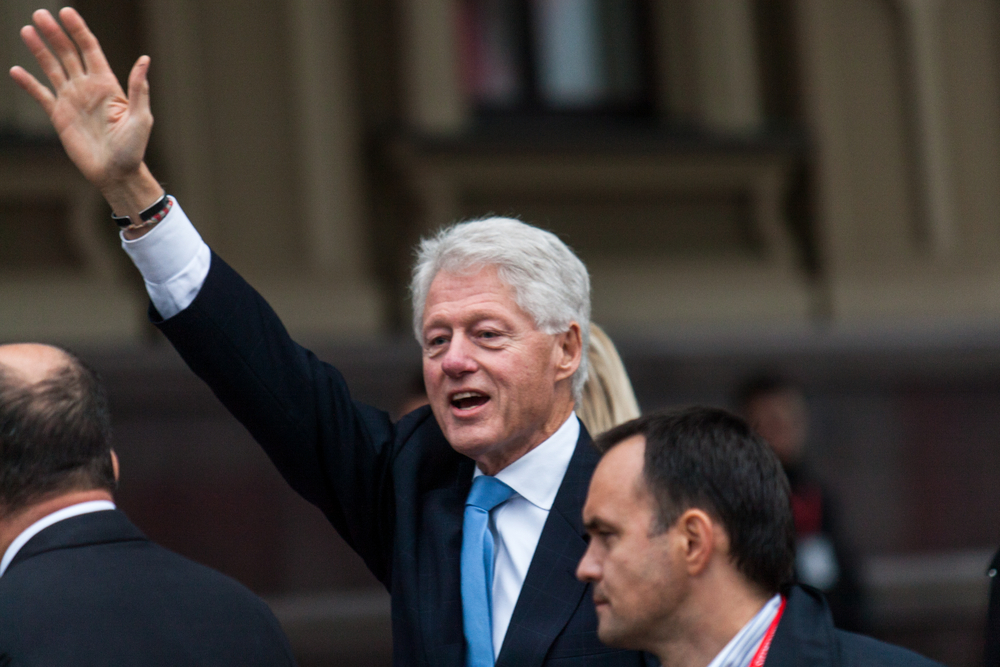 The Iran-Contra Affair took place during the Reagan administration. The gist of the scandal was that the US was covertly sold arms to Ayatollah Khomeini of Iran. Aside from an arms embargo in effect on Iran at the time, Khomeini was the man behind the 1979 revolution which saw the overthrowing of the Shah and an end to the westernization of Iran. The money earned from the sale was to be used to secretly fund the Contra rebels of Nicaragua, which Congress ruled could not be supported by the US government.

The official justification of the sale of arms to Iran was to release 7 hostages that were taken by the Hezbollah terrorist organization in Lebanon, to which this day is supported by Iran, however, the first sale occurred before the taking of the hostages. Every aspect of the affair is scandalous in its own right, but altogether it made for one of the biggest scandals in American history. 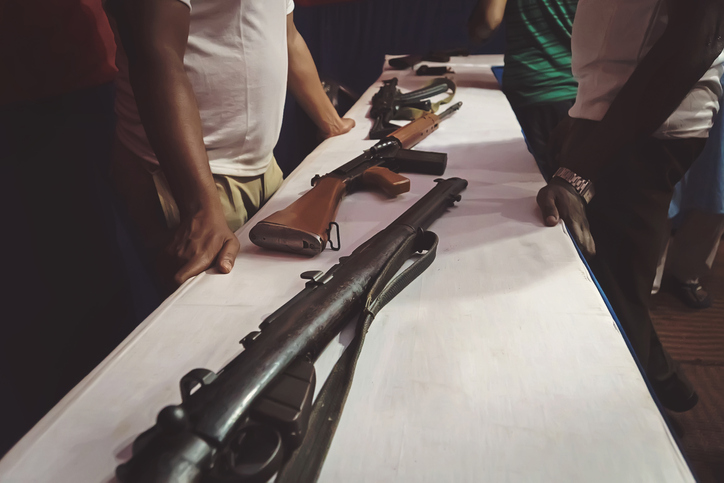