What is Rape Shield Law and what are its Punishments in Delaware?

Classified as a violent crime, Rape is a heinous form of sexual assault that was redefined by the FBI's Uniform Crime Reporting Program in 2013 for the entire Federation of the United States of America, replacing the old definition of 1927 after 80 long years.

This definition not only recognized the need for consent prior to penetration but also enumerated the specific types and acts of penetration that shall be viewed as rape, if committed without the consent of the victim. This was also an acknowledgment of revisions and amendments made in terminology and its interpretation across all the State Legislators.

Although it is unjust to compare the number of reported rapes between years that recorded the rapes under different definitions, one can certainly observe that the “Crime in the United States Reports” across the five year period of 2013-17, show a 19.4% upswing in the number of reported rapes. Furthermore, there has been a steady rise in the number throughout the previous period. Despite severe punishments stated by Law, the criminal act of rape still plagues society. The worst hit demographic of being women aged between 12-34 years old.

Increased number of reported rapes translates into a higher number of rape trials wherein the "status of the consent of the victim" has been promoted to a focal point of proceedings from being an important one. Consequently, defense attorneys and defendants try to create reasonable doubt in the minds of judge and jury about the victims' claims of being raped by ratifying the possibility that the sexual act may have been consensual.

For decades, the basis of proving consent was achieved during cross-examination of the victim as regards her/his past sexual behavior prior to the alleged act of rape and any proof of promiscuity was presumed as proof of consent until the introduction of Rape Shield Laws.

When the Law recognized the possibility of previous sexual partners committing rape and more importantly the post-rape trauma ailing the victim, which could easily be aggravated by a cross-examination during trial through violation of her/his the constitutional rights, the Rape Shield Laws were enacted and enforced across all States of the U.S. with Michigan taking the first leap in 1974. 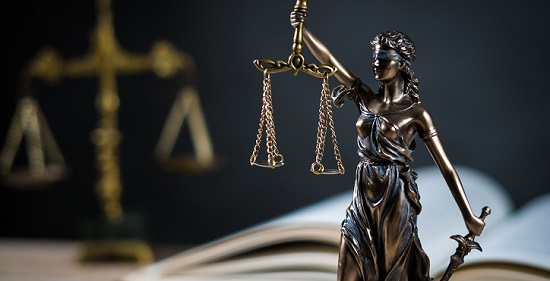 A Rape Shield Law is a Civil Law applicable to the Criminal Law Rape Trials which tries to deny the possibility of misuse of sexual conduct of the complainant prior to the act of penetration as a means to trigger undue biases and doubts in the minds of judge and jury and distract them from the relevant and appropriate evidence.

The State of Delaware introduced such a Law in the year 1998, as the Delaware Code of Certain Crimes and amended in 2010 as DEL. CODE ANN. tit. 11, § 3509, clarifying that all evidence pertaining to sexual behavior of the victim before the incidence of rape is inadmissible during the trial, in order to prove consent by the complaining witness.

The objective of this provision is to protect the alleged victims from undue exploitation of their history of sexual behavior and their traumatic state of mind to the advantage of the defendant during cross-examination.

To answer the critics of this Statute who see it as an infringement on the 6th Amendment Rights of the accused as well as a violation of the Right to Freedom of Speech, exceptions to the aforesaid rules of inadmissibility are also stated in the same amendment i.e. during video recorded in-trial proceedings, evidence pertaining to prior sexual conduct between victim and accused may be considered as well as any specific detail of time, day and date of sexual behavior prior to the act of rape which purports to penetration, source of semen and cause of physical injury to victim being someone other than the defendant.

A Rape Shield Law represents the intention of the Legislators to import due care towards prevention of further victimization of the complainant and reduce the window of underhand tactics by the defendant to escape prosecution. If prosecuted and found guilty of Rape, the State of Delaware may sentence the defendant to be imprisoned for at least 15 years or a lifetime for the rape of the 1st degree or a minimum sentence of 10 years for rape of the 2nd degree.