Instagram is a source for many things, inspiration, information, and countless more options. It is not uncommon to spend the few extra minutes you have during a work break or on the toilet to go through your Instagram feed. Instagram is actually one of the best places to go for entertainment. Be it short clips, pictures, memes or gifs, Instagram has some of the funniest content if you know who to follow.

The funny accounts of Instagram have been under attack recently by Instagram shutting them down for not properly crediting the creators of the content they post. Some accounts successfully come back, but some with millions of followers are now gone. For this reason, it is good to go to the sources of funny content on Instagram. Many of these accounts are set to private for the simple reason to get more followers, if someone tags a friend in a post, they can only view it if they follow the page. These are the funniest Instagram accounts that will definitely make you roll with laughter. 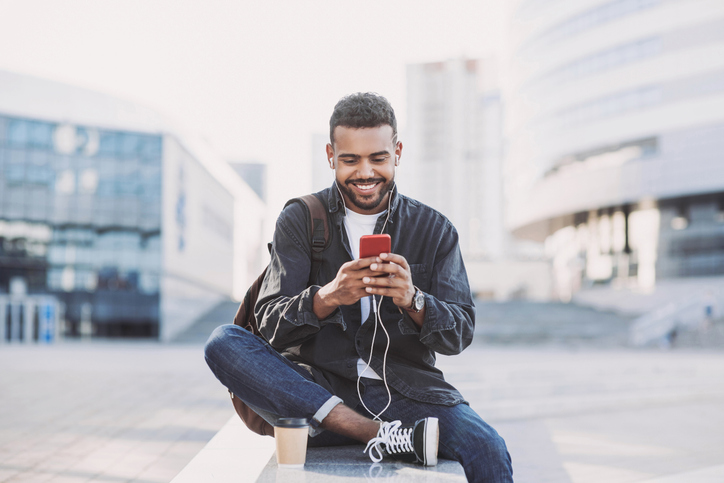 The Fat Jewish is an account made by Joshua Ostrovsky also known as The Fat Jew, who is an American celebrity, writer, actor, model, and winemaker. He gained his success through his Instagram account which went viral in 2013 when he made a parody of Soul Cycle by leading a spin class for homeless people on rentable bikes in New York City.

His account was suspended in 2013 as well due to inappropriate content and in response, he held a protest outside Instagram’s NY office. Time Magazine even named him one of the 30 most influential people on the internet in 2015. The Fat Jewish now has over 11 million followers.

Lola Tash and Nicole Argiris founded the viral meme Instagram account where they post both original and reposted content. The account was anonymous until they came out in 2017 as the owners. Both of the founders admitted that they were in therapy for years and throughout their years of friendship conversations would often go like ’My therapist said this,’ and she’d say, “No, I said that,’”. The memes reflect common complaints and problems that are common amongst millennials. The Instagram account now has over 4.5 million followers and counting.

Girl With No Job

This account was made by Claudia Oshry Soffer a New York native who’s fame began when she began documenting her work as an intern with a fashion company. After getting caught and fired, she opened another Instagram and adequately called it Girl With No Job. The account has grown a following and is now holding at 3 million. 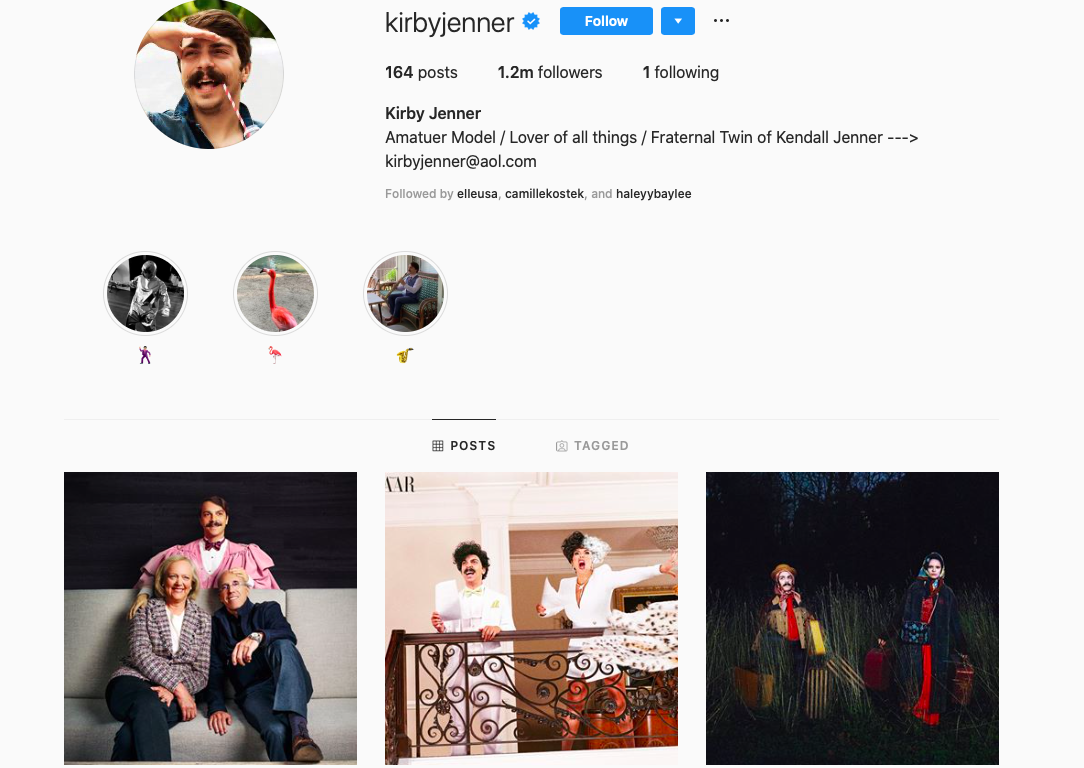 Kirby Jenner claims to be an amateur model, lover of all things and fraternal twin of Kendall Jenner according to his Instagram bio, but his actual claim to fame is his hilarious Instagram account. The account which has over 1.2 million followers is a collection of photoshopped images of Kendall Jenner and him. The results are pretty hilarious and the captions are too. This account is worth a follow.

Texts From Your Ex

If you are ever in a mood about your relationship, lack of a relationship or just want a quick laugh, this account is based on submissions that people’s exes really sent to them via text. All the numbers are blocked out so everything is anonymous. 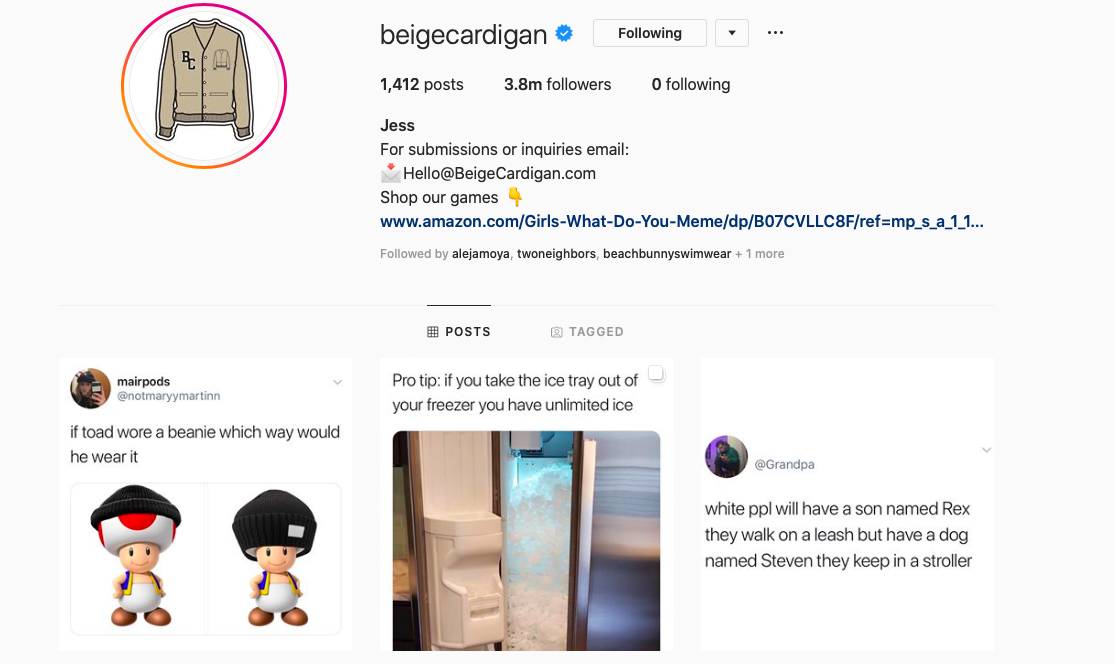 Elliot and Jessica Tebele together have two of the funniest Instagram accounts on the internet. The power couple manage their accounts separately but share a good sense of humor. Elliot founded F-Jerry on Tumblr which expanded to Instagram. The name comes from Seinfeld which influenced his own humor. Jessica is a personal stylist who started BeigeCardigan as a friendly competition with Elli0t, saying if he could do it, she could as well. and did not know how big it would get.

This account takes the best of online dating rejection and brings you the funniest accounts of people getting upset when getting rejected. If you’re the type that laughs at watching the dark side of the human race, byefelipe is a must-follow.

While little is known about who runs this account, Insta Single is one of the funniest accounts that deal with relationships or the lack of one. The majority of these are posts of tweets about relationships, but there is a large number of other memes and pictures that will have you laughing your socks off.

This account is exactly what it sounds like, but 100 times funnier than it sounds. Kanye takes himself very seriously, and this page takes posting pictures of Kanye doing every day things very seriously. Who knew you could find someone eating an ice cream cone so funny. 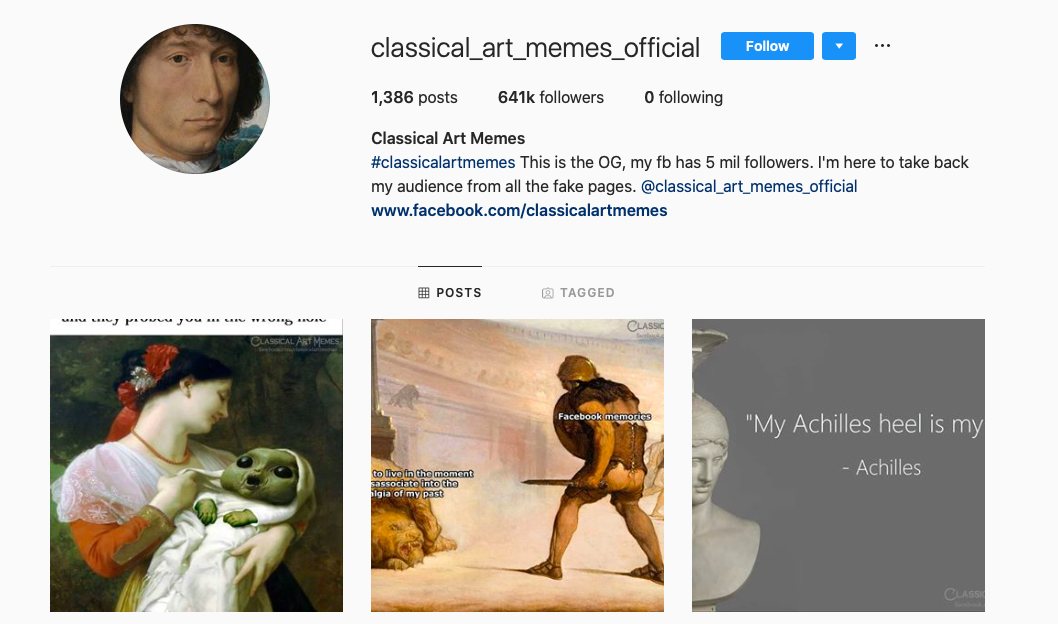 If you have ever been in an art museum, passed by a renaissance painting and thought to yourself, this painting would be a great meme then this is the page for you. The fact that some of these paintings were created centuries ago and can be applied to 21st-century millennialism makes the memes even funnier.

Everyone can relate to men waiting for their girlfriends/wives in shopping malls, outside bathrooms and literally anywhere on the planet. This Instagram page is dedicated to documenting the miserable men that wait for their partners in shopping malls. If you like Schadenfreude, you will love this page.

Violet Benson is the actor behind this meme Instagram account that reflects the modern woman. Benson was awarded The Instagram Meme Queen title by Vanity Fair magazine. Different than other accounts with similar amounts of followers, Daddy Issues has a narrative with a feminine voice. The Russian-born influencer says that she grew up with daddy issues like most women and named the page as such to respect that.

LAD Bible is a UK based entertainment and breaking news community geared for the social generation. While they have a website for news, their Instagram account has very entertaining memes and videos that have earned them almost 9 million followers to date. From funny cat videos to pranks LAD Bible is sure to have you cracking up.

What Men and Women Should and Shouldn't Wear on Their First Date?