‘Groucho’ Marx was part of the famous Marx Brothers who were well known in the field of comedy. He has won a name for himself as the greatest comedian in America. He appeared in films, on the stage, radio, and television. He was a writer and his appearance and unique one-liners made him famous and well appreciated by fans not just in American but in other countries. His glasses are famous as the Groucho glasses.

Julius Henry Marx was born on 2nd October 1890 in New York City to Simon Marx and Miene Schonberg. He and his acclaimed brothers Chico, Harpo, Gummo, and Zeppo knew as the Marx Brothers. He married thrice. His marriages to Ruth Johnson, Kay Gorcey, and Eden Hartford ended in divorce. He had three children Arthur, Meriam, and Melinda. He died on 19th August 1977 after a bout of pneumonia. He was cremated and his ashes interred in the Eden Memorial Park cemetery. 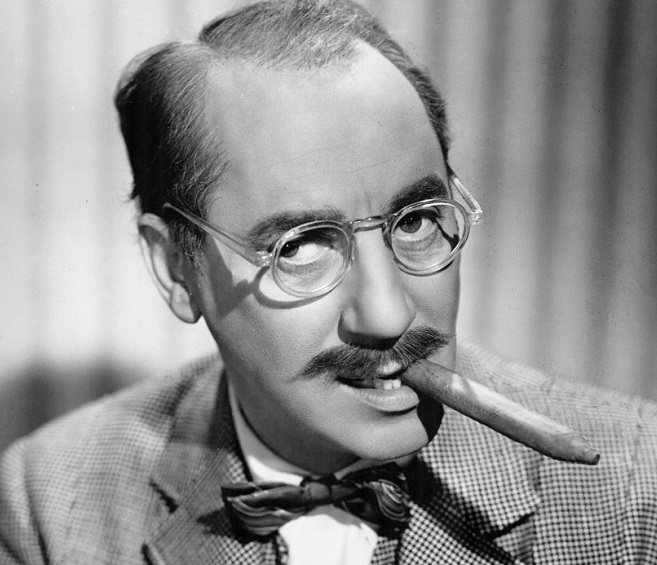 Groucho Marx started his work at the Ramona Theatre in Grand Rapids as a boy singer. The brothers were billed as the “Four Nightingales”. Soon they realized that they were better at comedy than singing and embarked on a career in comedy. Their performance at the Palace Theatre in New York won their name and fame. You Bet Your Life was the comedy quiz series that catapulted Groucho to fame.

Groucho Marx acted in 26 movies, of which he acted in 13 with his brothers. His performance on stage, his mannerisms, his dress, mustache, and his one-liners made him immensely popular. Whether he performed on stage, movies, or TV he found success. Monkey Business, Horse Feathers, A Night at the Opera, and Duck Soup were some of his popular movies.

He starred in a number of popular radio shows. In 1950, his popular radio quiz show moved to television and helped him to cement his place as one of the all-time comedy greats. He is known for introducing various songs in films. Tell It To Groucho was another show that he started on CBS. It, however, did not meet much success. He was known for various public performances including at the Oscars.

Groucho Marx won the Academy honorary award in 1974 in recognition for his contribution to the world of comedy. You Bet Your Life (1951) helped him win a primetime Emmy award for the most outstanding personality. In 1949, the won the Peabody award for You Bet Your Life. He was awarded a star on the Hollywood walk of fame in 1960. These were just a few of the awards that Groucho Marx won in his lifetime. 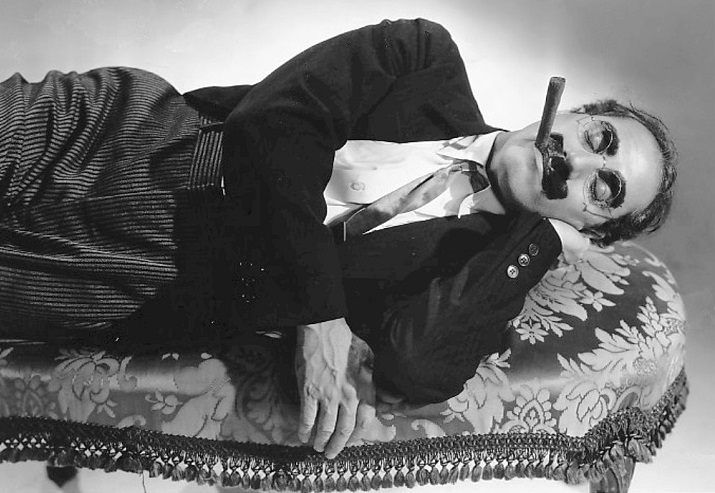 Groucho Marx was once invited to a celebrity tennis double match, where he paired with Ellsworth Vines and took on Charlie Chaplin and Fred Perry. He left everyone in splits when he opened his suitcases to take out a picnic lunch in the middle of the game.

He had stated his opposition to the women’s lib movement and had taken on the political left. Politically though he supported the Democratic party over the Republicans. He described himself as a liberal democrat.

Groucho Marx’s estate at the time of his death was estimated to be $2.8 million. There were many legal disputes around his estate.

How Your Tik Tok Can Get Hacked