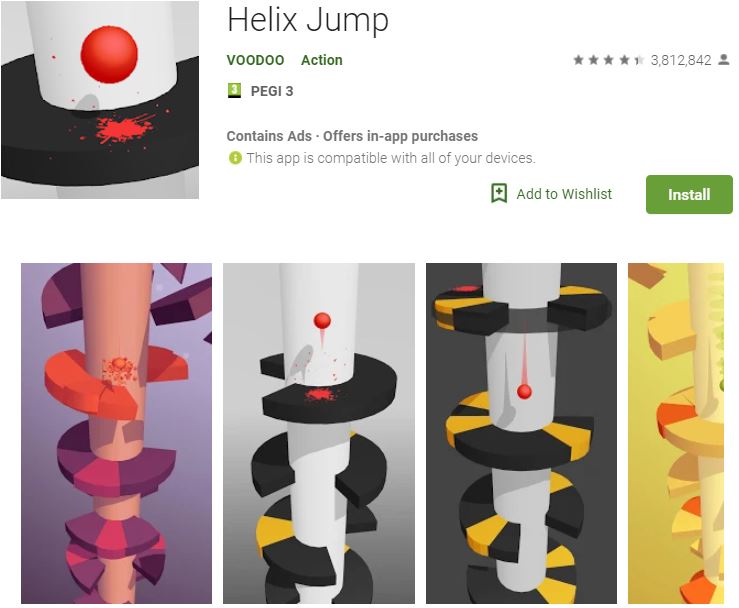 Helix Jump Review: What You Need to Know about Helix Jump

Helix Jump is a game app that is available for download by iPhone and Android users. It is a simple enough game but somewhat difficult to master. While the gameplay is free, the app provides in-app purchases for those who might be interested in spending for more enhanced user experience.

The objective of the game is to get a ball down many platforms, all the while avoiding red platforms. You have to bypass these red platforms as they will end your turn. The game is designed for endless play, where you can keep playing to better your last score. It is also incredibly addictive for the same reason. The difficulty level of the game rises as you progress ahead in the game.

The app doesn't egg users to make in-app purchases, but they are present all the same, as is the case usually with free apps. It displays ads between turns and you are required to watch one continue onward.

Helix Jump can be downloaded from the Google Play Store and also for iPhone devices. 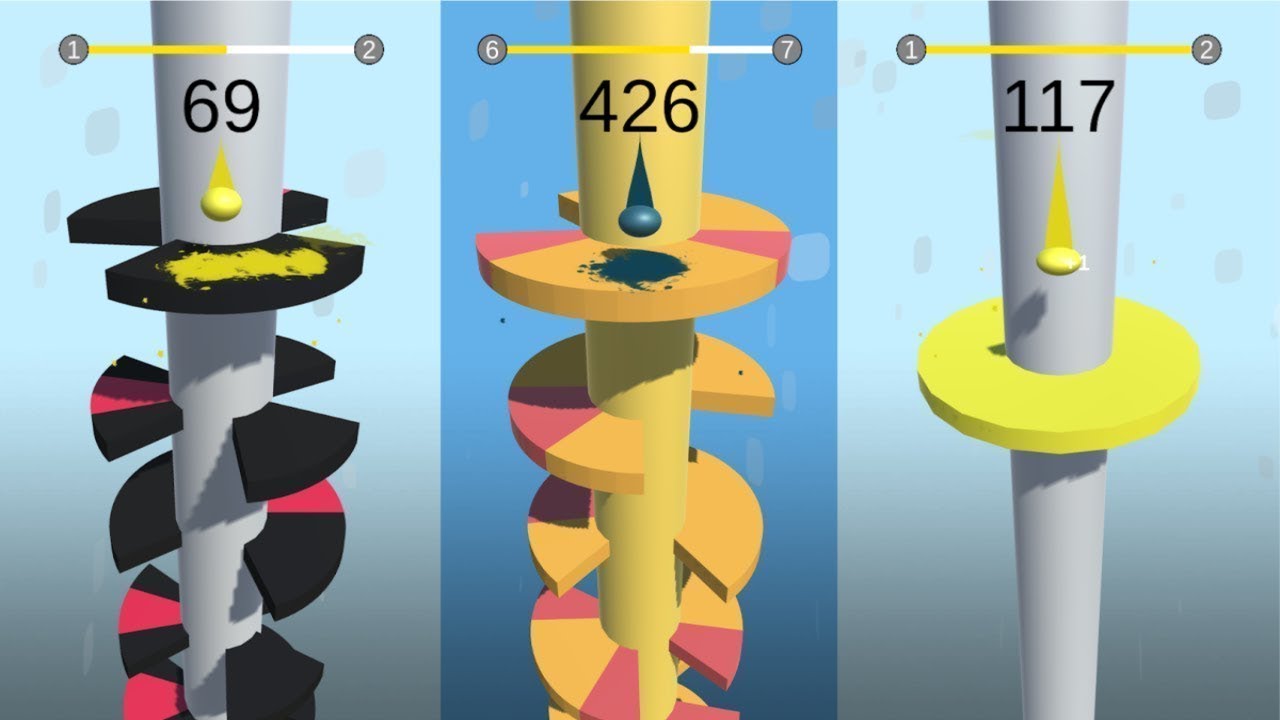 The game is incredibly easy to play. All the player needs to do is regulate the movement of the helix structure on the screen by putting the finger on it. You move the platforms on the axis and not the ball itself. You have to move the balls in such a manner that they fall through the open spaces. You can bounce on any platform but the red.

The more openings you successfully surpass, the more points get added to your score. You can land in place of a red platform if you jump across more than three.

If you die, you get another redo. In order to access the redo, you have to watch a 10-sec ad. It’s not possible to skip this ad.

As mentioned above, the game is free to download and play. However, if you want to shell out $2.99, you can get rid of irritating ads that keep interrupting their gameplay. Paying for the removal of ads means you will no longer have to wait between each turn.

Helix Jump, the game in itself is kid-friendly, and parents can allow their children to play it without having to worry about exposing them to adult content. More than the content of the game, the 12+ rating the game has earned on iTunes is because of the ads that are displayed during the game and for in-app purchases. If you want a younger child to be playing the game, pay to have the ads removed, and anybody above the age of 4 can enjoy the game. 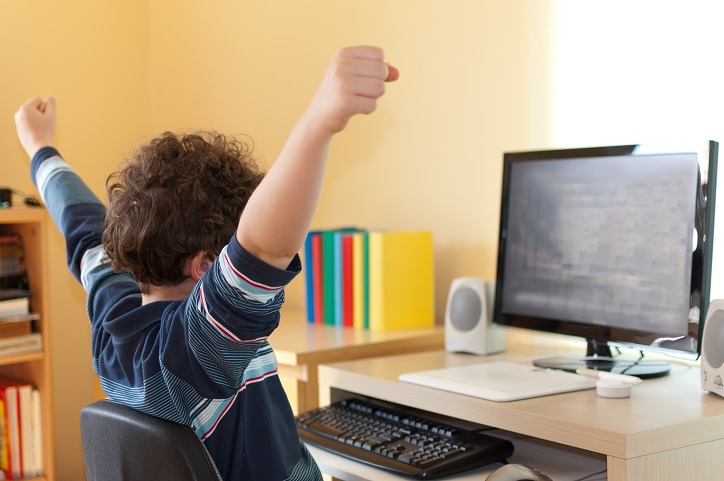 Most of the negative Helix Jump reviews are about the pop-up ads in the game. Players have said that the ads interrupt the game, and at that point, they chose to leave it entirely. If you have a high tolerance for ads, it might not bother you, and you will enjoy playing Helix Jump for hours.

Positive Helix Jump reviews say the game is simple and addictive, so you can spend hours of fun playing the game. A four-star review from appgroves.com summed up Helix Jump perfectly:

"I have had Helix Jump for a while now, and I absolutely love it. I play it basically whenever I can. The game is great, but there are a couple of things that aren’t so awesome about it. First things first: ads. Yeah, I get that ads are a way to make money for the game, but they are used way too much. They pop up just about every time you die or pass a level, which is super annoying. And when you start a level? There’s one that pops up on the side and on the bottom. I just want to play my game, not have to continually x-out of ads and the App Store.

Although, in the big picture, ads aren’t that big a deal. One thing that is definitely a bigger problem is this: after I watch an ad for a second chance, the game drops me a few rings down, usually onto a ‘red zone’ so I die and lose whatever score I had, and I can’t even watch another ad to try again. The app should at least give you a 3-second countdown so you don’t die right off. A final problem is that I can’t get the final helix. It’s not that big a deal, but I want to know what it is. It says ‘Unlock 5 skins’ to get but I have all the other ones and it still says 0/5. I’ve noticed some other reviews that mention the same thing, so it’s obviously been a problem for a while. Please fix it! Other than those few issues, Helix Jump is a great game. If they were fixed, I would definitely give this five stars". 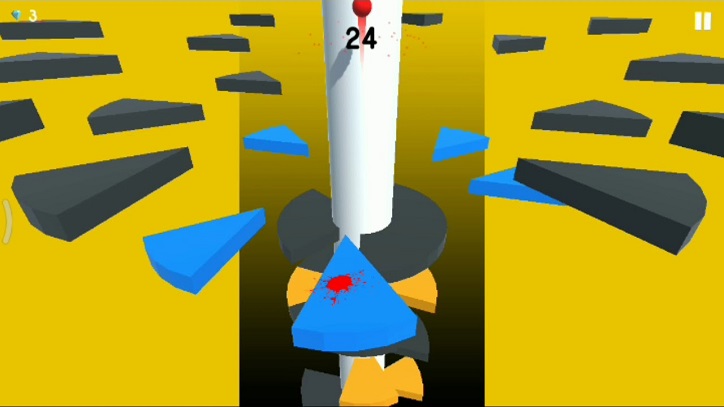 Helix Jump is an entertaining game that you can keep playing for hours without getting bored. You don’t need any special tricks or cheats to get ahead in the game. Just rely on your patience and practice to get you there. It will be enough.

It is available for download free of cost. If you want to play the game ad-free, you can choose to do so as well by getting yourself the paid version. It is a relatively simple game where you're needed to get the ball down a certain number of platforms, avoiding the red platforms, which will end your game. It is one of those games that you can keep playing, trying to better your last high score. It can be quite addictive that way, giving you a high every time you put a new, improved number on the scoreboard. What makes it more special is that people of all ages can play it as its content is extremely child-friendly.