What is Rape Shield Law and what are its Punishments in Illinois?

Statistics show bitter truths. Millions fall prey to rape as well as sexual assault across the entire globe. Despite being a developed country, the United States of America also boasts a large population of rape victims. When reports suggest that approximately 321,500 women get raped in the U.S. annually, it is a matter of grave concern and shame.

Experts attribute such a dismal record of law enforcement to trauma inducing aspect of the crime, which allows for further abuse of the aggrieved even after the rape, possibly for a lifetime and emboldens perpetrators when victims fail to report the crime out of psychological trauma, fear, hopelessness, and social stigma.

Victims feel a state of perpetual powerlessness, upon being raped and even in the aftermath. After all, they were sexually penetrated without their willful consent since they were not strong enough to protect themselves, incapable of giving such consent due to incapacitation/unconsciousness or impairment of intellectual or adaptive functioning or even coerced into submission. They suffer lifelong hurt at the hands of the rapist.

This is accompanied by a complete loss of trust on themselves, society and the governing systems to provide dignified rehabilitation and justice. Most victims are women, with those aged 12 to 34 years being the most vulnerable. Call it the human lust for pleasure, power, dominance or a manifestation of ill-intent; the numbers present an abysmal number of 17.7 million America women have suffered rape or attempted rape by 1998 in the U.S. alone.

While legal proceedings focus on punishment of the perpetrator and the quest for evidence beyond a reasonable doubt, it is also critical to provide adequate relief to the accuser without infringing on rights of the accused. Bearing this intent in mind, various State Governments and the Federal Government of the U.S. enacted Rape Shield Laws.

The first state to enact such a law was the State of Michigan. After it passed a Rape Shield Law in 1975, nearly all States of the United States had instituted their own version of Rape Shield Laws. Currently, most Rape Shield Laws are modified rewrites of the Federal Rule of Evidence 412 but some have implemented Statutes of their own. Illinois is one such State with its compiled statute ILL. COMP. STAT. 5/115-7 which was enacted and enforced in 2010. 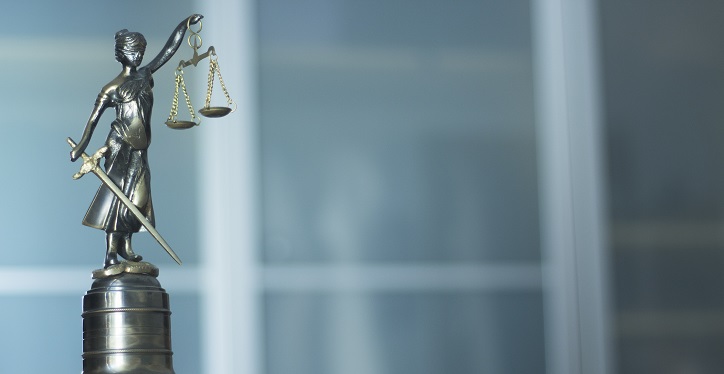 The Legislators tried to incorporate the aforesaid intent and introduce due care when handling rape victims during court proceedings. Therefore, to prevent misuse of history of sexual conduct of the victim, by perpetrators and defense attorneys in shaming the complainants into withdrawal or inciting undue biases of the jury, explicit sections were worded in the statute.

The blanket exclusion of admissibility of any evidence pertaining to sexual behavior of the victim prior to the incidence of rape is embodied in section (a) and safeguards the victim’s right to privacy as well as the freedom from harassment at the trial. The defendant is prohibited from attempts to establishing the undeniable willful consent of the victim as a defense barring a few exceptions.

The exceptions to the aforementioned blanket exclusion are notified in section (b) wherein it is clarified during in-camera proceedings that sexual behavior of the alleged victim prior to the commission of the criminal act of rape is with the alleged perpetrator inclusive of specific information such as the date, time and place of such prior sexual behavior of the alleged victim with the defendant or any such probative evidence that outweighs the hazards of unfair prejudice against the complainant.

The balancing act to protect the Constitutional rights of both complainant and defendant are encapsulated in the Rape Shield Law. In the case of the defendant, it is upholding the Sixth Amendment Right of the accused to face the accuser and protect his/her freedom of speech. The Rape shield Law is primarily a Civil Law of evidentiary nature that is applicable to the criminal trials of rape.

The first conviction of rape in Illinois attracts a punishment of 4-15 years while the second conviction of rape results in the imprisonment of 30-60 years or life itself. Furthermore, an aggravated criminal sexual assault which includes rape of children under the age of 8 years, those with mental disabilities, etc. and specific cases where the victim is raped and coerced with a weapon or death threats, the punishment amounts to 6-30 years of mandatory imprisonment which may be extended to a life term.