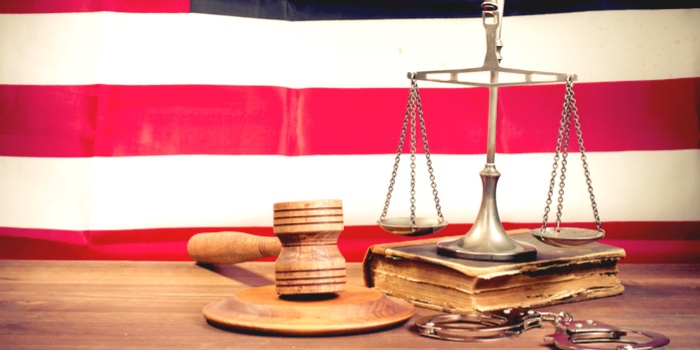 Although coming into contact with he United States Justice system is something you want to avoid, actually understanding how the system works can help alleviate a potentially stressful situation should you have to deal with it.

Most are actually unaware that the U.S. operated on a two-level justice system so the first thing you should understand is that there are two types of law, criminal law and civil law. Breaking a criminal law is usually defined as a common 'crime' and civil cases refer more to the civil law. To be more specific, a crime is defined as "an action or omission that constitutes an offense that may be prosecuted by the state and is publishable by law." Therefore, when people commit crimes, they are behaving in a harmful way to others and what's more, harming society's interest in maintaining order within the community. On the other hand, a civil case involves two or more organizations that approach a court to settle a disagreement. Issues such as personal injury cases, divorces, contract dispute, inheritance issues and more of the like are civil cases. Although civil cases don’t always involve illegal activity, they do sometimes involve criminal penalties.

On the whole, crimes can be divided under three different groups know as felonies, misdemeanors and infractions. These different crimes differ in levels of severity and therefore, their respective punishments differ in severity too.

- Infractions - also known as petty offenses and are crimes that are less severe. Unfortunately, the likelihood of you or someone you know being involved in an infraction is pretty high as this could involve something like a traffic law or regulatory rule. Although these crimes usually come without the threat of serving time in jail, they are usually followed by a fine or another consequential punishment such as revoking of driving privileges for a certain amount of time. It is important to note that those charge with an infraction are not entitled to attorney access but can hire one if they wish.

- Misdemeanors - on the other hand, these are a slightly more serious matter and can come with punishments such as a year long jail sentence. Individuals charged with a misdemeanor offence are entitled to attorney representation funded by the state. Examples of misdemeanors include vandalism and assault. Felonies on the other hand are a much more serious type of crime and is commonly referred to as a criminal offence. Anyone accused of committing a felony is entitled to accessing an attorney and examples of such a crime are rape, sexual assault, murder and drug trafficking. Punishment for committing a felony is more often than not, more than a year in jail.

So, now you are aware of the different categorizations of law and crime types, it is important to understand exactly how criminal cases work. With so many different ways to act against the law it would be naive to assume the criminal justice process to be simple. In actual fact, there are various stages that each serve a different function.

This process begins with the reporting of a crime. Unfortunately, more crimes are actually committed than the amount of crimes that are reported or observed. The process can not begin until someone reports a supposed crime to law enforcement officials and unreported crimes to not become part of the criminal justice process.

Once law enforcement officers have enough evidence to prove an offence, they are able to obtain an arrest warrant, issued by a judge or magistrate. In addition, a search warrant can also be issued if the law enforcement officer believes it to aid collecting sufficient evidence against a potential criminal. Only then can the accused be arrested and taken to custody.

Finally, if the defendant pleads, or is found guilty, the court can proceed to sentencing. For less severe crimes, this usually occurs immediately based on the jurisdiction's sentencing laws. In more severe cases however, the court will schedule a hearing in which the court will announce the decided sentence. In some cases, the individual's criminal history may also be considered and affect the outcome of the sentence. After the sentence is issues, the convicted individual must carry out the sentence straight away.

The U.S criminal justice process operates under a combination of various laws, court decisions and local rules and understanding exactly how the cogs in the system turn can be complicated to say the least. Not only are the consequences of being found guilty of committing a crime life altering, but even the smallest of criminal activity can have a permanent impact of the rest of your life. Criminal records are not as confidential as you may think. Conducting a background check (click here to learn more) can pull up information on a particular individual and their criminal past.

If at any time you are in doubt when it comes to legal proceedings, it is best to seek help from a legal professional as failing to do so can have a detrimental effect on the rest of your life.