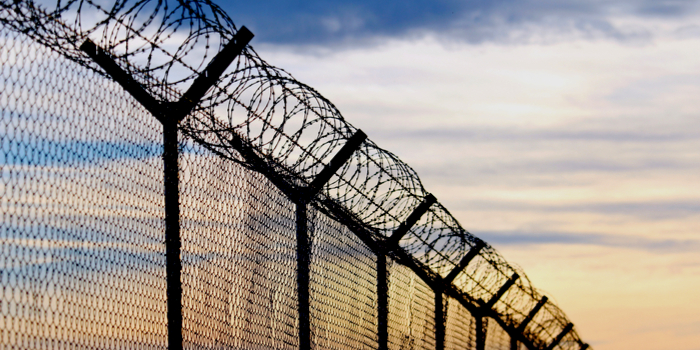 The United States has the largest incarceration rate in the world, housing 25% of the world's prisoners. The nation is home to 1,719 state prisons, 102 federal prisons, 3,283 local jails, 942 juvenile correction facilities, as well as military prisons, immigration detention centers, and more. While all prisons are bad, some are known to be worse than others, holding the most dangerous criminals in the country. We've gathered the stats on the most notorious prisons in the United States and their infamous convicts.

ADX: Florence, Colorado
The United States Penitentiary Administrative Maximum Facility, also known as ADX, is America's only federal supermax prison. It is home to male inmates who are considered to be the most dangerous and uncontrollable. Inmates spend 23 hours a day in their cells and are escorted by at least three officers at a time. Notable inmates include Zacarias Moussaoui (helped plan the September 11 attacks), Dzhokhar Tsarnaev (participated in the Boston Marathon bombing), and Ted Kaczynski (the Unabomber), among others.

Attica Correctional Facility: Attica, New York
Attica Correctional Facility is a maximum security/supermax New York State Prison that was built in the 1930s. Originally, the most dangerous inmates were held here, but now there are many inmates serving sentences ranging from short-term to life.  It was the site of a 1971 prison riot where 43 people died, 33 of whom were inmates. A total of 2,150 inmates can be held there. Notable inmates here include David Berkowitz (better known as the serial killer Son of Sam), Mark David Chapman (murdered John Lennon), El Sayyid Nosair (1993 World Trade Center bomber), and Willie Sutton (robbed 100 banks over 30 years).

Sing Sing: Ossining, New York
Sing Sing is a New York State Department of Corrections and Community Supervision maximum security prison. It holds 1,700 prisoners, with many ruthless murderers among them. Life is dangerous there not just for the inmates but for the staff as well. The electric chair, nicknamed "Old Sparky," was used to execute 614 inmates before the abolition of the death penalty here. Famous prisoners include Charles "Lucky" Luciano (mobster and crime boss), Albert Fish (America's first serial killer), David Berkowitz (Son of Sam), and Gary Evans (serial killer).

San Quentin State Prison: San Rafael, California
San Quentin State Prison is the oldest prison in California and is operated by the California Department of Corrections and Rehabilitation. It is the only death row for male inmates in the state and is the largest in the United States. While it has a gas chamber, since 1966 executions have been performed via lethal injection. Infamous inmates include Chester Turner (Los Angeles serial killer), Bobby Beausoleil (associate of the Manson Family), William Bonin (the "Freeway Killer"), and David Carpenter (the "Trailside Killer").

Louisiana State Penitentiary: Angola, Louisiana
Louisiana Sate Penitentiary is the largest maximum security prison in the United States. It is located on a former slave plantation and is also known as Angola, after the African country of origin of many of the slaves brought to the state. The prison was designed to be self-sufficient, with a canning factory, dairy, ranch system, and more. In 1952, 31 inmates cut their Achilles' tendons in protest of the prison's conditions, and in 1956, five prisoners managed to escape. Notable prisoners at this 5,000-inmate facility include Thomas Lee Ward (murder), Sean Vincent Gillis (serial killer), Carlos Marcello ("The Godfather" Mafioso), and Derrick Todd Lee (the "Baton Rouge Serial Killer").

Rikers Island: Queens, New York
Rikers Island it New York City's main jail complex, consisting of ten jails with an average daily population of 10,000 inmates. Approximately 85% have yet to be convicted of a crime. There have been numerous reports of abuse and brutality at this prison facility. Famous inmates include Lil Wayne, Tupac Shakur, David Berkowitz (Son of Sam), Mark David Chapmen (murdered John Lennon), and DMX.

Alcatraz Federal Penitentiary: San Francisco Bay, California
Alcatraz Federal Penitentiary was a maximum high-security federal prison that is also known as "the Rock." It's housed ruthlessly dangerous prisoners and tends to inspire fear in those sentenced there. Alcatraz was often considered a last resort, intended for prisoners without hope for rehabilitation, and it is famous not just for its inmates but also the reports of brutality and inhumane conditions. Notable inmates include Al Capone, George Kelly Barnes ("Machine Gun Kelly"), Robert Franklin Stroud ("Birdman of Alcatraz"), and others. The prison closed down on March 21, 1963 and is now open to tourists. It attracts 1.5 million visitors annually and is cited as one of the most haunted places in America.