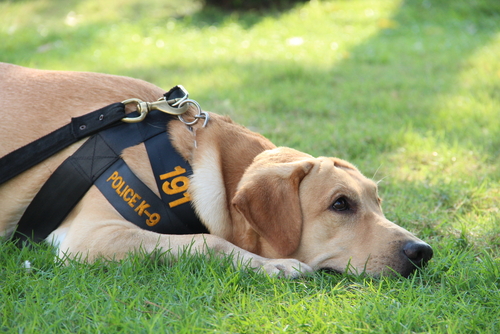 Love dogs? You’ll be impressed with these amazing fun facts about police dogs:

If you're into law enforcement stories and crime investigation TV shows, you might be interested to learn a few facts about K9 police dogs!
K9 police dogs, also called K9 officers, have been used in law enforcement for centuries for a wide variety of reasons. In fact, they can perform duties that human officers can’t accomplish, and can reduce risks by alerting to danger long before a human can detect it. A canine’s presence can also prevent escalation of force, as offenders may be more likely to fear an attack by a fierce police dog. Although they usually live with their handlers to promote a better bond and enable a better understanding of their body language, K9 officers are not treated as family pets. Curious to know more? So let's find out a few incredible facts about police dogs in more detail. 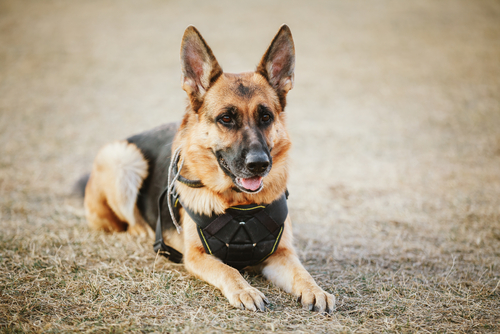 Ancient cultures started training dogs to guard treasuries and tombs. The Romans used canines for security and hunting, while Spanish conquistadors used them in times of war.
This concept was carried forward and police dog units started forming in Europe at the end of the 19th century. The English used bloodhounds while searching for Jack the Ripper in 1888, and the first official K9 unit was formed in Ghent, Belgium in 1899. This enhanced the popularity of using dogs for police work.  By 1910, Germany had police dogs in over 600 of its largest cities. 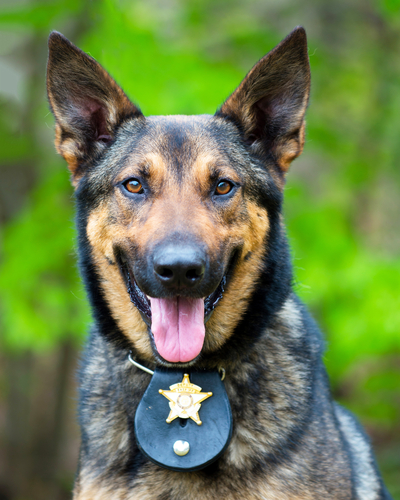 German Shepherds are intelligent, energetic, and fiercely loyal creatures, making them a perfect choice for police dogs. They were used in World War I, World War II, the Korean War, and the Vietnam War for their large size, superior intelligence, and work ethic. 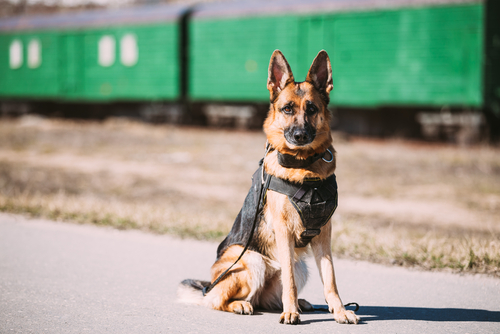 Another dog must-know, the shelf-life of a police dog is only 6-8 years. After this, the K9 officer is retired and goes on to live with the handler and his family or be adopted by a family looking for a service dog. 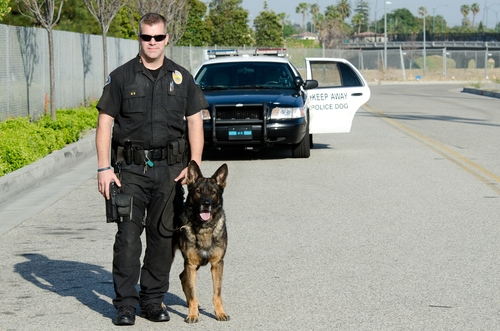 Experienced dog handlers, animal psychologists, and dog trainers need to be hired to train police dogs; all of whom are expensive. Additionally, the cost of training equipment, dog food, and medicine are also very high, making K9 training extremely expensive. 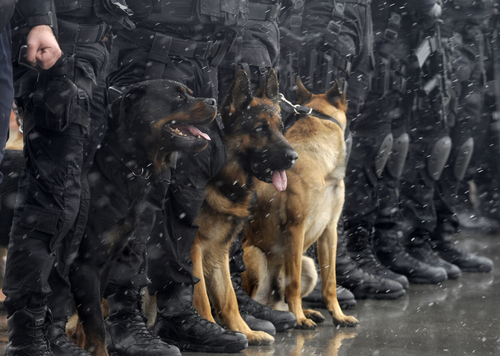 Dogs have to give a very challenging examination to become K9’s. The tests that most police academies conduct while selecting a police dog are:

Only if the dog passes all these tests will he/she be eligible to train to be a K9. 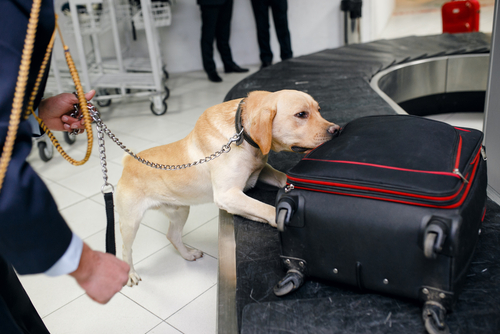 From drugs to explosives, K9’s are taught to recognize multiple illegal and dangerous objects. To help the dogs communicate easily with handlers, the K9’s are taught two languages or alerts.

The active alert, which involves pawing the ground or placing their feet on the object is used when detecting drugs and other non-explosive objects. The passive alert such as sitting down next to the object and circling the criminal is used when the object involved is too dangerous to touch.

A dog’s sense of smell is 40 times greater than our own and they are trained to sniff out even the faintest scent. It’s no wonder that police dogs are used in rescue operations where people are buried alive. 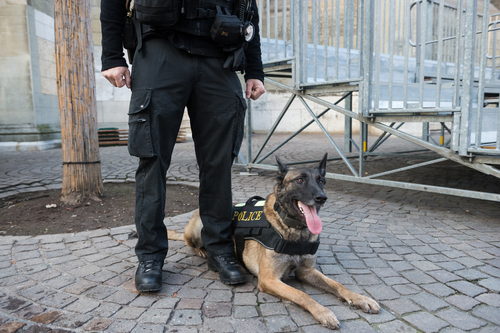 Police dog Thoreau, a golden Labrador, was the first dog to be trained to sniff out memory cards from inside computer systems, hard disks, and other electronic devices. He is one of the only dogs in the world specializing in sniffing out sex offenders. He has helped the police capture hundreds of child pornographers.

A big part of the job of a K9 is public relations. To help them engage better with the public, each dog is given a set of trading cards which the handler can give out. Now, you can start collecting your favorite dog’s cards and have some fun. 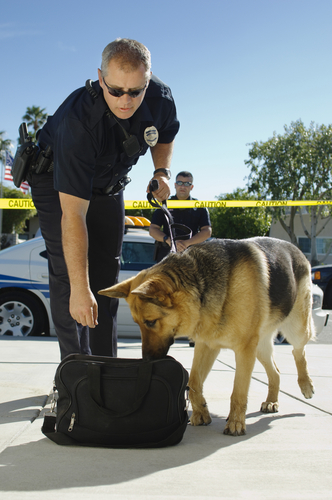 It’s often believed that good police dogs are bred. But this is a misconception. Dogs from animal shelters have often trumped the performance of pure-bred K9’s. Their resilience and inner strength make them amazing police dogs.

Lulu the black Labrador was one of the best testers on the CIA's explosive detection test. But as classes began, she found the training wasn’t to her liking. So bored was Lulu with the CIA K9 training, she decided to drop out of her class. Now, she resides at her CIA handler’s house, playing with the kids and chasing squirrels. 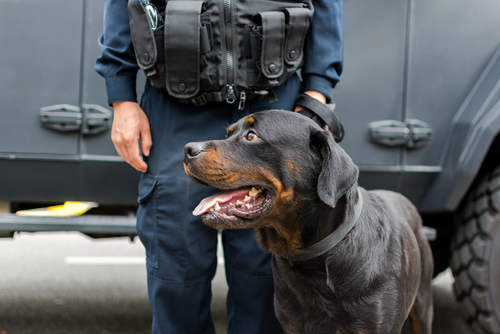 Government Records: What Is There to Know!