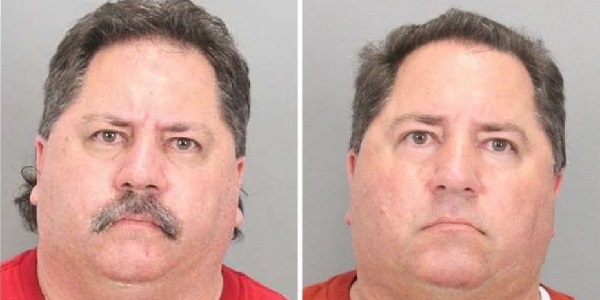 Clifford and Clinton Pappadakis, 47, residents of San Jose have been arrested for felony charges of possessing child pornography. Clifford Pappadakis, a teacher and cross-country coach at Willow Glen Middle School in San Jose, has been accused of photographing female students at the school, and was arrested about a week ago. According to the police, Clifford was also in possession of a USB device that contained child pornography that was not recorded by him.

His twin brother, Clinton Pappadakis has been a track coach at San Jose’s Oak Grove High School for the past 20 years. Clinton was arrested a week after his brother after it was reported that he was engaged in "suspicious activity" to the National Center for Missing and Exploited Children. According to the police, they found child pornography on multiple devices at Clinton's home after executing a search warrant.

Both brothers have been released from their duties at their perspective schools pending investigation, and are now facing child pornography charges. If found guilty, they will have to be registered as sex offenders wherever they go to in order to allow authorities to keep track of them. A sex offender search will allow people in their surrounding to know about their past and decide what to do with the information that is found in public records available to them.