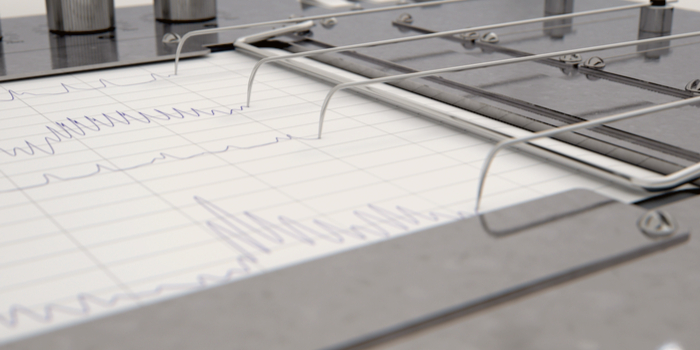 The age old saying that the eyes are the windows to the soul is something that many people believe but it's not quite true. Many people can lie through their teeth and their eyes will never give them away. A lie test on the other hand can help separate the lies from the truth in a pretty amazing way. The lie detector machine has some incredible features that help discover the truth, and now you can find out exactly how this lying test machine works.

How Was the Polygraph Invented?

The lie detector, professionally known as the Polygraph, had many incarnations until it got to be the modern lying test machine. The first lie detector was invented as far back as the 19th century, but it wasn't fully formed until 1921 when police officer John Augustus Larson invented a machine that measured changes in blood pressure. Before that, in 1914, the Italian Vittorio Benussi researched breathing and how it changed when a person was being investigated. His observations led him to the conclusion that the breathing rate is affected by lies, and that the changes can be measured in order to see if a person is lying.

In 1925, Leonard Keeler used Benussi's and Larson's observations to construct a polygraph machine with ink pens that record the physiological changes a person goes through when he is being interrogated. Over the course of 13 years, Keeler improved his machine, that got its patent in 1931. In 1938 Keeler added a feature that measured skin resistance, which led to the construction of the first full version of the lie detector.

Now that you know a little more about how the modern lying test machine was invented, we can delve a little deeper into how it actually measures lies. Before the test begins, four to six detectors are attached to the person who is being investigated, and their job it to send multiple (poly) signals to the machine.

The detectors measure changes in breathing patterns, blood pressure, heart rate and electrical changes in the skin. All these things change when a person is lying, and in order to know if he or she are not telling the truth, the investigatior establishes a base line.

After the detectors are attached to the person who is being questioned, they are asked questions whose answer is known, like their name, address etc. These questions help establish a base line, and during the actual exam, the person is asked only 'yes' and 'no' questions.

All the physical changes are recorded on a single shit of paper (graph) and the investigator asks the same questions several times to get a clear reading. It takes years of experience to be able to work with a lie detector, and not anyone can perform it. So, do lie detector tests actually work? While some people question the cradibuility of the lying test machine, experts have shown a 90-95 percent accuracy in results. These machines are usually used in criminal investigations and in many cases, when questioning a person with a previous criminal record who may have information about a certain police case.

Kylie Jenner: The Story Behind the Young Mogul