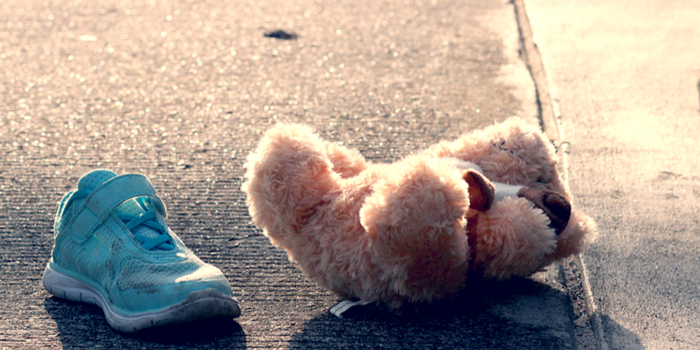 Each and every year, over 460,000 children go missing in the United States, which means that a every 40 seconds parents realize their child is no longer around. Unfortunately, many of the children and teenagers who go missing are kidnaped, and some are never seen again. The following alarming stats show the kidnap rate in the US and how important it is to keep track of what goes on with children when they are at home and away.

1. Out of 460,000 children who go missing every year, 1,435 are victims of kidnapping. This number is an estimate, and in reality, it is a lot higher due to the fact that many kidnapping cases go unreported.

2. The children who are most likely to be kidnapped are between the ages of 12-17, and females are of higher risk of being kidnapped than males.

3. Children over the age of 12 make up 80% of the total number of kidnapping victims in the United States. Experts theorized that teen recklessness accounts for many of the kidnapping cases, while the same cannot be said for children under the age of 12.

4. Every year 2.8 million teens run away from home, and most of them are between the ages of 10-18. They are not considered victims of kidnapping.

5. Out of the total number of abductions, approximately 1,230 of kidnappings happen at the hands of family members. Most of these abductions happen due to legal custody battles and the kidnappers trying to influence their custody situation.

6. Stranger abductions, i.e. abductions that happen at the hands of non-family members amount to 205 cases each year.

7. The group that is at the highest risk of getting abducted by strangers is females between the ages of 12-17. A great majority of the girls in this age group who get abducted do not live with their parents – either biological or adopting parents.

What Can Be Done about it?

The alarming number of children who get kidnapped every year raises the need to be more aware of what goes on in their lives. Monitoring computers and limiting access to certain chat rooms and websites can help in preventing children from interacting with people they should not be speaking with.

Searching for arrest records of people that come into your children's life can also be helpful in preventing abductions. In light of the fact that many kidnappers have a prior police record, searching for arrest records can help you learn if the neighbors/parents of other children, or any other adult in your child's life has a violent criminal past.

With thousands of children getting abducted every year, it is important to be vigilant about who comes into your child's life. By searching for arrest records, speaking with your children and monitoring their online activity, you can significantly lower the risk of them getting abducted. Hopefully, the stats of abducted children will change for the better, and every parent will be able to have a good night's sleep knowing their child is at home and safe.

Need an Anonymous Proxy Server? We List the Best Ones!