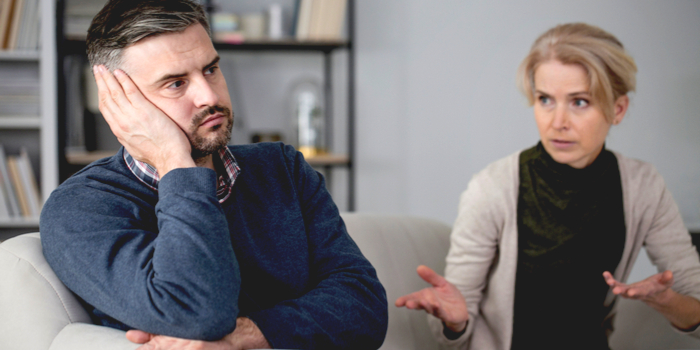 Why are people so negative? If you've ever asked yourself this question then you must have come across some very negative people, or a very negative person, who can't see the silver lining in life. Ever. Unfortunately, avoiding negative people isn't always possible in the world we live in, but with these 5 tips, you can learn how to deal withn negative people in your life without going crazy.

1. Don't try to solve their problems
One of the biggest problems of a very negative person is that he or she just like to complain sometimes, even when things aren't that bad. When dealing with a negative person who is ranting about how bad they have it, do not give them advice out of the blue. More often than not, they won't take your advice anyway, so it's pointless to try and solve their problems. If a negative person does ask for your advice, be as neutral as possible. If they take a radical advice you gave them, they will blame you for causing them more problems.

2. Try to be understanding
It can be difficult listening to another person's negativity, but you have to remember that there is more to a person than their negativity. Negative people in your life often have a reason for being so negative – maybe they were pushed around, maybe people disappointed them so often that they can no longer see the good in life, and maybe they are going through something that they can't see a way out of. Either way, a negative person got that way for a reason, so try to be patient and understanding when dealing with negative people.

3. Maintain an emotional distance
Many people tend to get frustrated by a negative person to a point where they argue with them and try to explain the positive side in their life. This leads to more frustration, on both ends, so you should avoid emotional engagement with negative people. Instead, use neutral phrases, like "I see", "yes, that does sound hard", etc. Mirror the negative person's emotions and don't get sucked into their negativity because it can rub off on you.

4. Get the positive in from the back door
An interesting technique called "appreciative inquiry" can help you get negative people to see the silver lining without forcing it on them. While telling a very negative person that they should perk up, appreciative inquiry allows them to get to a positive place on their own. When a negative person is speaking to you and is telling you about bad past experiences, ask them what they learned from it. When they are focusing on the present or future, ask then what are their desires and what they hope to happen. These types of questions help stir the conversation to a more positive place, with the other person getting to a better state of mind on their own.

5. Define boundaries
Dealing with negative people and trying to help them can be exhausting, and even you have the best on intentions, their life is not your responsibility. If you find yourself engaging with a very negative person too often, keep a safe distance from them and make sure they understand your boundaries and don't cross them. Negativity has a tendency to rub off on others, and you don't want that to happen to you.