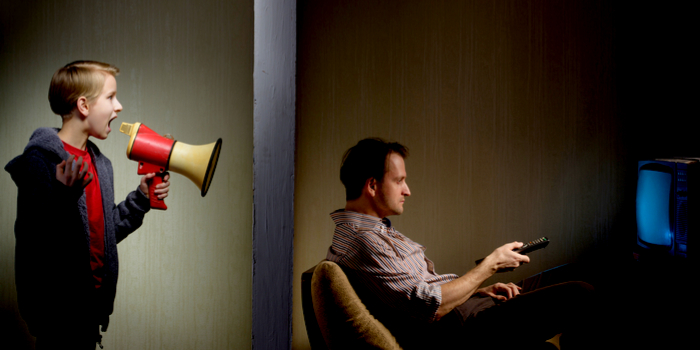 Parenthood is not easy, to say the least, but while some parents try their best and do whatever they can for their children, others seem to not care about being parents. Unfortunately, the 'bad dad' is becoming more and more prevalent, and children whose fathers fall under that category grow up constantly disappointed and are affected for the rest of their lives by their role models.

Bad dads are all around, and we all know at least one father who does the very least for his children, and these are the 5 common types under that definition:

1. The absent dad
This type of a bad dad seems to never be around when he is needed, or even just to spend time with his family. It's true that some papas have hectic schedules but those who truly care about their families move things around so they can be with their kids. Bad dads on the other hand try whatever excuses they can find to avoid family time. This type of bad dad isn't necessarily estranged from the mother of his children but just chooses to not be around.

2. The tough dad
Being strict with your kids in order to educate them is one thing but acting like a drill Sargent is a whole other story. This type of bad dad puts the fear of god in his children and expects them live up to his definition of the very best. These bad dads often yell, order their children around and get angry when things don't go exactly their way, making their kids feel like they are never good enough.

3. The hands-off dad
A bad dad who is hands-off is around and spends time with his family but expects his wife to do all the heavy lifting when it comes to raising their kids. He doesn't like to change diapers, avoids bed time stories and doesn't do anything important to raise the children he brought into the world. This bad dad will often say that he believes in traditional domestic roles and will forget that the most important one of all is being a good role model to his kids.

4.The spoiler dad
Bad dads who spoil their kids don't really realize that they are doing them more harm than good when they give them whatever they want. It's important to understand the difference between a father who wants his children to have everything that he might not have had between a bad dad who indulges his children in order to avoid facing problems head on. The spoiler bad dad throws cash at problems and would rather give out his credit card than his attention to what his kids really need.

5. The emotionally blocked father
Many people struggle with showing their emotions, and there are fathers that not only have a hard time showing their kids they love them but are completely emotionally blocked. This kind of bad dad won't comfort his children when they are in pain, won't tell them he loves them and worst of all – not show them he loves them. Not saying 'I love you' is ok as long as you make the effort to show the emotions you have a hard time expressing, but emotionally stunned bad dads don’t even do that.

Most parents want to be good role models to their children but some either don't know how to do it, or just plain won't. The bad dads in this world can change their ways and choose not to for whatever reason it maybe, so if you want to be a good dad to your children, avoid doing what a bad dad does.

AnyWho.com Review: What is AnyWho and How Does it Work? We Explain