Uber Announces it Will Perform Background Checks on Drivers 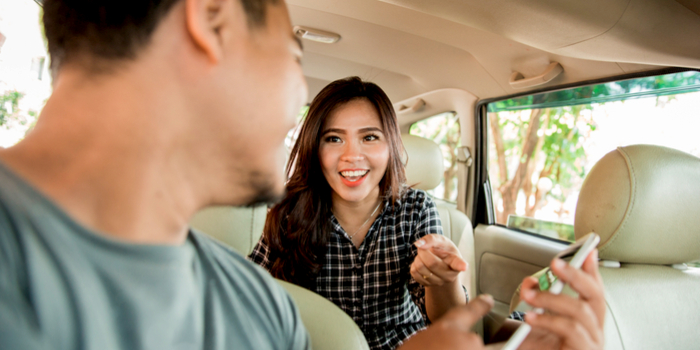 In November 2017, Uber driver John David Sanchez, 54, from San Diego was sentenced to 80 years in prison for sexually abusing teenagers and raping several female passengers. Sanchez's arrest came after one of his passengers passed out in his car and woke up to find him on top of her.

Upon his arrest and a police inspection of his personal computer, it was found that Sanchez had been recording sexual assaults over the course of at least five years. Sanchez was charged with 33 counts of sexual assaults and rapes, but he wasn't the only Uber attacker. In the past few years, 103 Uber drivers have been accused of sexual assault against passengers, and those are only the reported ones. To put an end to the disturbing phenomena, Uber has initiated a continuous background check on its drivers intended to keep passengers safe. 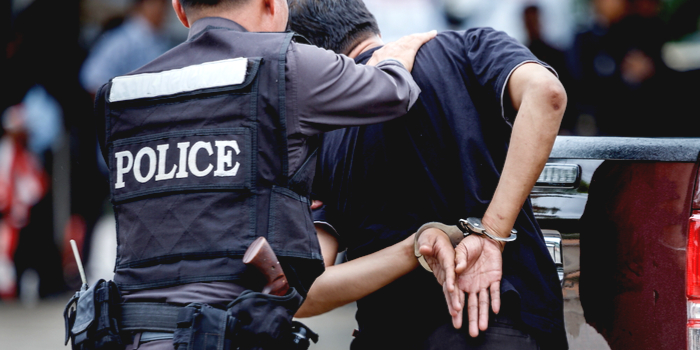 What Will the Background Check Do?

With cases such as John David Sanchez and about 103 Uber drivers accused or sexual assault or abuse, the most valuable tech startup in the world sees the urgency of finding ways to improve user's safety. Finally realizing that "everyone's private driver," can not be anyone. The background check on Uber drivers will help prevent or at the very least lower the risk of sexual assaults committed by them. Whenever a new driver joins the service, the company will run a background check to see if he or she has a criminal past.

After CNN reported Uber driver's sexual assaults, Uber updated the protocol of driver background checks, renewing background checks every year for each driver and creating a "safety center" within the app. This new tool enables passengers to share trip details with any contact and includes an emergency button allowing users to call 911 in case of emergency or suspicion.

Also, whenever a working Uber driver gets arrested, charged with a crime or commits any offense, they will be fired from the app. So far, the Uber background check seems to be working, and 25 drivers have been removed from the driving service following the discovery of their criminal past. Despite the Uber driver background check policy, the app's owners recommend using precaution when using the service. 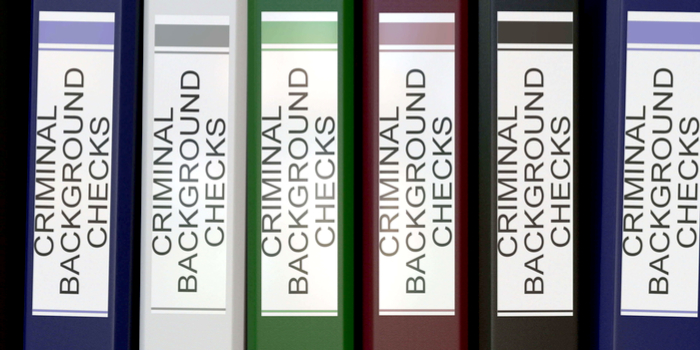 Uber's driver screening process is done through several steps before they become part of the company, as well as during their service. The first step of drivers background check process is to submit all drivers to a multi-safety screening including driving violations, impaired driving, violent crime and other checks. This, prior to becoming a driver of the company.

Then, and once admitted in the company, ongoing checks are built into the platform in order to be notified if any driver has been identified with criminal offenses. The company reviews and determines whether the drivers are still able to drive within the company or not. In addition, drivers must pass an annual check to guarantee that they still meet the company's standards and are frequently asked to take a picture of themselves, in order to make sure the correct driver is behind the wheel.

Uber reviews all reports submitted to customer service and will seriously consider any violation of the community guidelines that claim to treat everyone with respect, to help keep one another safe and to carefully follow the law. Rating drivers is also supposed to be of great help and enables to identify drivers who put a lot of efforts in their work, treat people with care and dedicate themselves to the most pleasant experience. On the other hand, can we be sure that passengers having a bad experience or a suspicion rate their driver? They might just want to forget about it, like many John David Sanchez's first victims. 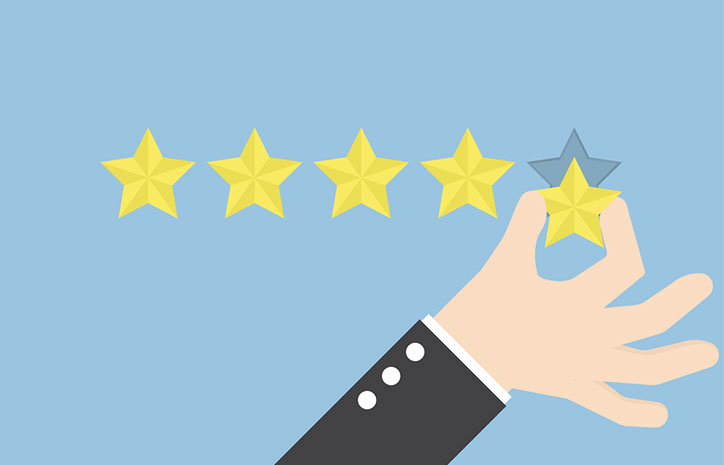 Uber decided to take a positive initiative by teaming up with NO MORE, an association dedicated to "ending domestic violence and sexual assault by increasing awareness, inspiring action and fueling culture change". It all starts with a fact: 1 on 3 women and 1 on 6 men experienced sexual assaults. Uber and NO MORE has teamed up to help end sexual violence and the culture that has allowed it to persist. They engage people to act respectfully through community guidelines that creates a safe and respectful environment. It states that contact is never tolerated, asking personal questions unrelated to the ride, sex-oriented joke or using explicit language and giving tips to help as a bystander.

The company has published campaigns to help stop sexual assault before it starts, that claim "Stand up, don't stand by". These campaigns are willing to encourage people to act and intervene if they feel like a situation is weird, encourage friends to look out for each other, from the club door to the car door to the front door. This partnership helps raise awareness and change behaviors around thorny societal issues.

The question is: Can we trust the new Uber drivers' background checks measures to ensure a drive at no risk? Golookup gives you tips to ensure your security! 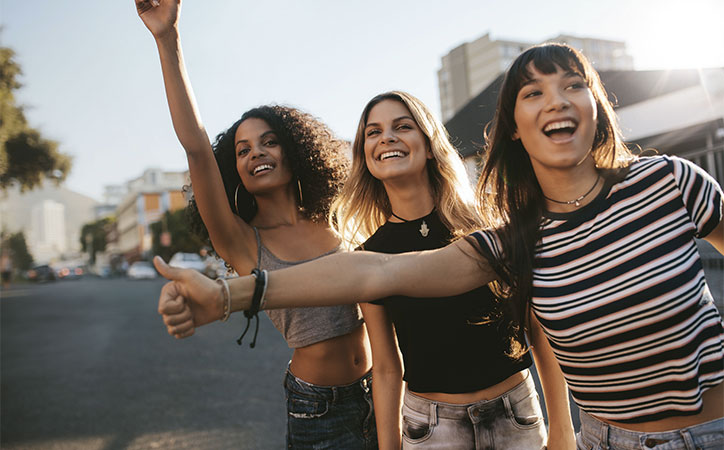 How Can I Do that?

Whenever you get into a car with a stranger, whether it's someone you just met, a taxi driver or an Uber driver, you have to double up on the protection and not rely solely on others to it for you. How can you do that? By using these 6 safety tips you should apply continuously:

1. Sit in the back – limit contact with the driver and keep a safe distance from them
2. Don't ride alone at night – try to avoid riding with someone you don't know during the night time, especially if you've been drinking. Try to get a friend to come along with you for the ride whenever possible
3. Use the Share Status – if you do get on an Uber ride, send the driver's info to a friend by using the Share Status option (your friend doesn't have to install the app to see the info you sent him/her)
4. Don’t reveal too much – be kind to your driver, but not overly familiar. Also, don't give out details about where you are going and if the target address is your home or any other place you go to often
5. Run a background check of your own – if you want to run a background check on your own by using GoLookUp; you can find information about your driver before you ride with them
6. Trust your instincts - if something seems strange to you about the driver, don't hesitate about ending the ride sooner than you planned. If something goes wrong and you end up in an emergency, call 911 and alert your surrounding about what is going on in whatever way you can. 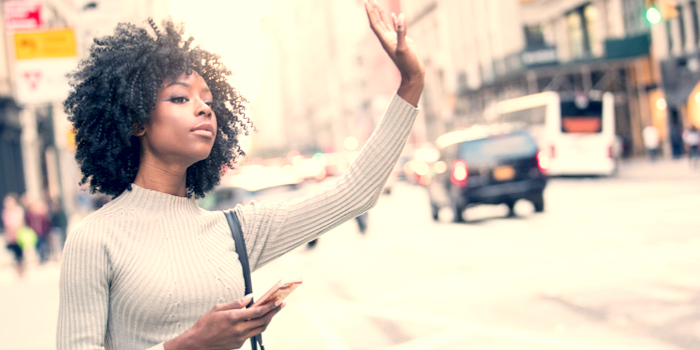 Uber is a great peer-to-peer car service, and while most drivers are nice and professional as possible, there are those who are the exact opposite. Be careful when you get in an Uber ride or any ride with a person you don't know very well by using the precautions listed here and always be alert to what's going on doing the ride.

Car Insurance Quotes That You Need to Know