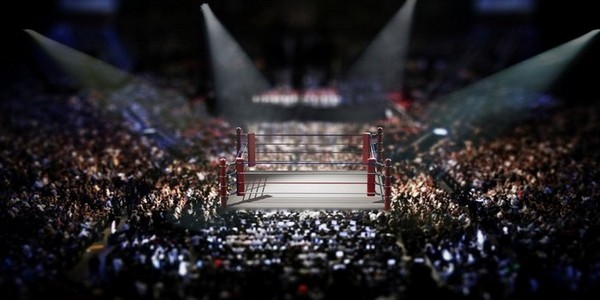 It's no secret that some celebs have a short temper to go along with their massive egos, but sometimes even the most hot-headed celebrities can take us by surprise. While some celeb fights die down quickly, these 10 celebrity's feuds went on and on and gave the paparazzi and also the public something to look at. 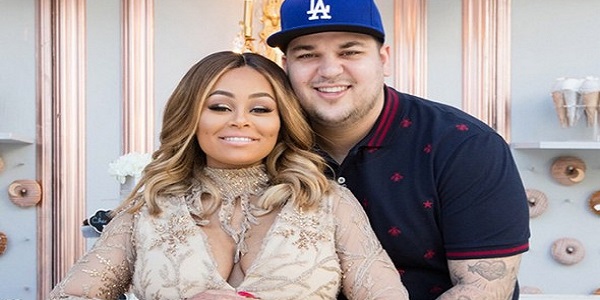 It was the best of times, it was the worst of times, and just when it looked like the famous Kardashian brother was taking a hold of his life, it all blew up. Rob and his baby mama were on the outs when Blac Chyna sent him a video of her, in bed, with another guy. The verbal guns started blazing shortly after when Rob accused his ex-fiancé of cheating, drug use and promiscuity while posting explicit photos of her on Instagram. Chyna retaliated the social media war by posting a video on snapchat claiming that rob had been violent towards her, a claim that was followed by a restraining order. 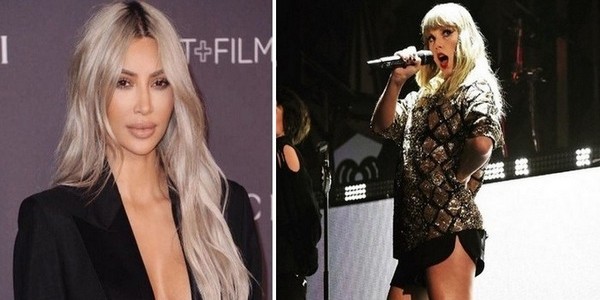 The Kardashians are definitely not strangers to drama, and another member of the family got into some pretty hot water after posting a video about Taylor Swift. On July 17, 2016, Mrs. Kim Kardashian West posted a video on snapchat of a conversation her hubby and swift had in which he told her she appears in the lyrics to his song "Famous", a claim Taylor has adamantly denied.

3. The Jenner Sisters vs. Selena Gomez 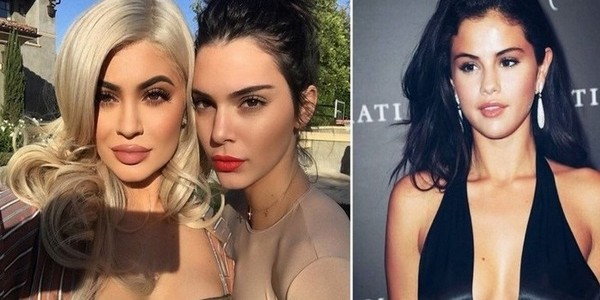 It was all fun and games at the Coachella festival when the Jenner sisters were hanging out with the Salena Gomez, but then the both of them lost her as a follower on Instagram. This passive-aggressive move came after rumors stated flying around that Kendall had been hooking up with non-other than Justin Bieber – Gomez's famous ex flame. All three have been on the outs since, and the Bibs is reportedly the reason behind the split. 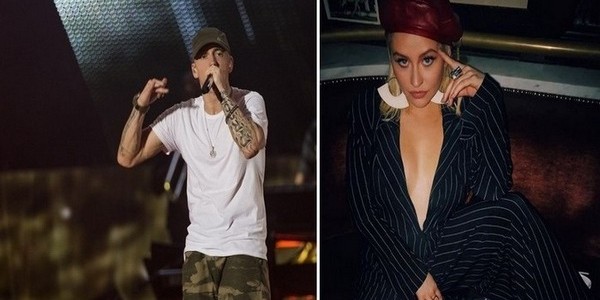 A long long time ago, way back in 2000, there was a rapper vs. pop star feud between the Real Slim Shady and Christina Aguilera. It all started when Aguilera talked about the rapper marrying the same woman he talked about killing in his album, to which he replied with a famous line from his song "The Real Slim Shady". In the song Eminem rapped about the song bird giving oral sex to Fred Durst and Carson Daley after which she recorded a parody rap and sent her reps to dispute the lyrics. 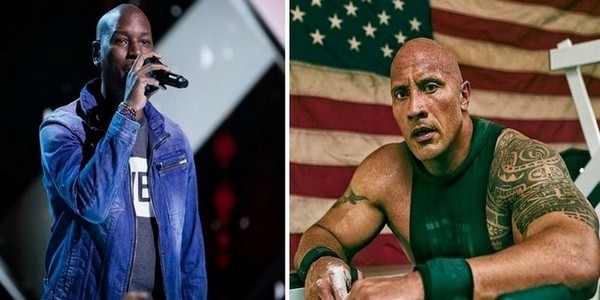 The two "Fast and the Furious" co starts got into a rumble after it was decided to delay the release of the 9-franchise movie in favor of a spin off staring The Rock. In true 21st century celeb fashion, Gibson showed his dismay by posting "If you move forward with that #Hobbs Movie you will have purposely ignored the heart to heart moment we had in my sprinter," on Instagram, a post that was later deleted. After the Fast & Furious 9 release date was delayed, Tyrese continued with a burn posting " Thanks for making the fast and the furious franchise about YOU." 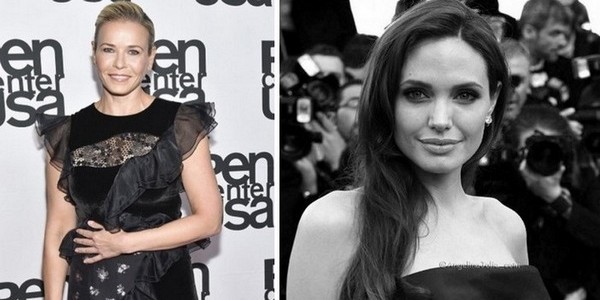 The split between Jen Aniston and Hubby Brad Pitt still resonated to today, with Chelsea Handler being a true #TeamAniston member. After Pitt was spotted getting to close to close to the now mother of 6, handler said "She seems like a demon. As a woman, I know when you see somebody walking across the room that's a bad girl. I just don't like Angelina Jolie. I don't think she's a girl's girl" on the show Watch What Happens Live. Handler never apologized to Jolie staying true to her BFF, Jen Aniston. 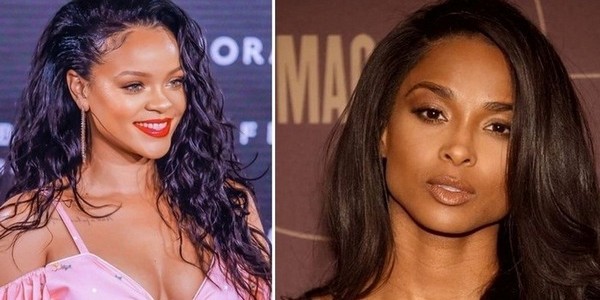 The claws came out when these two started going at it after Ciara said that RiRi "wasn't the nicest" when she appeared on a fashion police episode in 2011. In true diva form, Rihanna took to tweeter and replied "My bad ci, did I 4get to tip u?" basically assuring that she will never be friend with the fellow songstress. 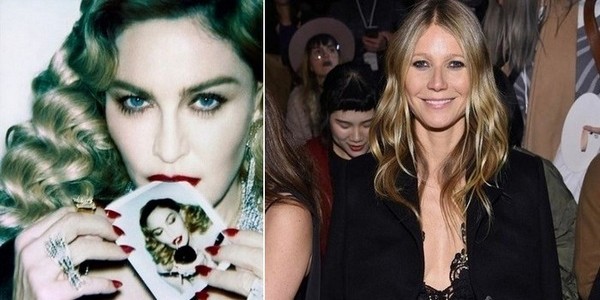 Both of these ladies were married to British gentleman, and at one point were inseparable, even having a joined personal trainer – Tracy Anderson. That same trainer didn't exactly suite quin Madge who decided to give her the boot. Surprisingly, Paltrow stood up for the trainer, a move that caused Madonna to end their written (yes, written) friendship contract. 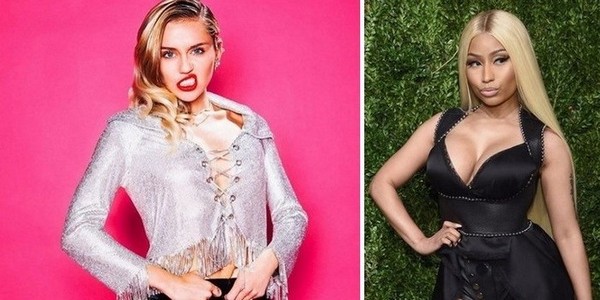 When the 2015 MTV Video Music Awards rolled around, comments from Miley Cyrus and Nicki Minaj about each other started circling. Nicki was upset after her video Anaconda wasn't nominated for video of the year, and she implied that there was a racist motive behind the snub. Miley replied that the singer was "not to kind' and also "not very polite", but Minaj got the last jab when she excepted an award for hip-hop video of the year said " this [expletive] that had a lot of stuff to say about me in the press. Miley, what's good?". 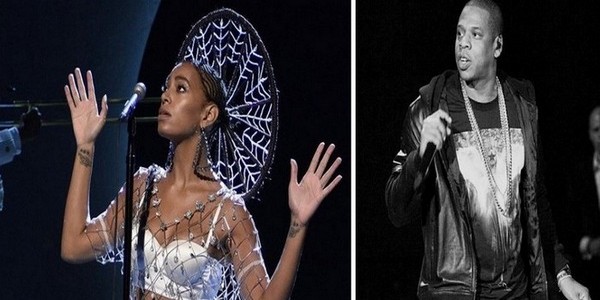 Sisters are supposed to lookout for each other, but some take it to nest level, like Solange that stood up for big sis Beyoncé. On may 5th, 2014, after Metropolitan Museum Gala, Solange was filmed by TMZ as she was kicking Jay-z even after she was pulled away from him. The 3 minute video was claimed to be the result of then rumors that Jay-Z had been cheating on Beyoncé, rumors that Solange did not take too kindly.