With the advancement in technology and the focus on creating stimulating and fun games that people can play at the convenience of their tablets and smartphones, its no surprise that there has been a surge in the rise of numerous games that can be installed, bought and subscribed to.

One such game is the Merge Plane game that has been raved about for being significantly addictive and stimulating for the users.

What is Merge Plane all about?

In the merge plane app, you can command and run an airline empire as the game allows you to earn millions while you progress and buy planes as well as upgrade them. Merge Plane game is an idle tycoon clicker game, where the clear objective is to collect and earn as much money as possible by purchasing planes and putting them on track. 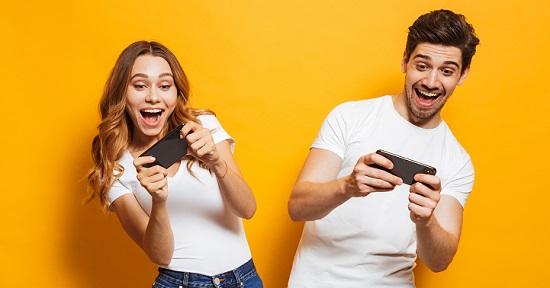 Whenever one of your planes completes a tour, you will directly earn money. In the game, you will find that there are more than ten types of planes that are accessible for you to use. Each plane has varying amounts of speed and income. The game starts with you owning a basic plane, as you progress and buy more planes, you must also try to merge different airplanes.

When you merge them together, you create new types of aircraft with different appearances and features. You can also generate passive income when you continue to build new plane models. There are many various upgrades that you can choose from to improve your airplane factory. 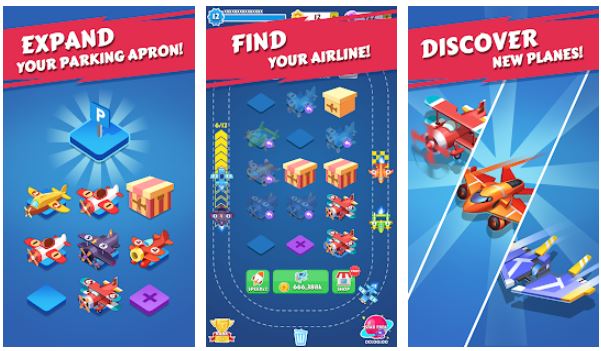 1. Be wise about how you spend your gems during the game

Do not be tempted by the game and use your hard-earned gems on any new planes. Instead, you can use your money on speed upgrades so that you can easily increase the speed that the planes you own go around the track or spins on the wheel. The option of upgrading is a little more expensive, but the rewards that you receive after you use your money wisely are far more beneficial to you in the long run. You can receive coin increases that are almost always worth it.

The cost of a plan that you want to place on your landing strip does not remain the same, the cost increases with every new plan that you purchase. Be aware and pay attention to how much they cost, because by purchasing two levels one planes you can be far more cost effective than purchasing a single level two flying plane. 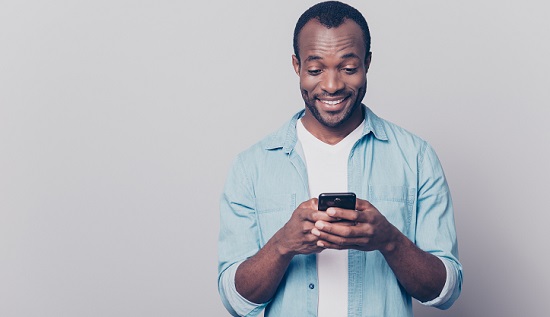 3. Don’t spend too much time on purchasing new planes

It is common for users to spend most of their time buying new planes and merging them to create new and better planes on the parking apron, but they end up leaving their track empty, which in turn reduces the amount they earn. So, you need to ensure that at least some of your planes running on the track, otherwise you won’t be making and cash to help you progress.

You can install and play the game free of cost. You can also choose to opt for the Gold Membership option that offers weekly subscriptions that includes a 3-day free trial period and you will be charged $7.99 after the trial period ends. When you opt for his option, you will see an increase of 120% in the speed of all your planes, 120% profit from all your planes, two extra spaces on your runway, a 130% offline earnings and 20% flat off in the plane shop.

These are some of the things Merge Planes players had to say about the game:

- "I have been playing now for about 2 months. I was initially skeptical when the 2-hour offline limit was imposed, but I see now that they make up for it with the generous cash rewards you can get from watching ads daily. It's actually an absurdly high amount that goes up as your income rises. All you have to do is accumulate 25 minutes worth of 2x speed daily (short ads!) You will be a famous pilot in no time! The planes more than double your income with each new one - exponential growth! A+"

- "amazing! just wish there was more updates, but, I have something to report....and that is that one day I got a space one in this game and after I played it (the space mode) after a few days... the space thing was gone... I don't know if this should happened or not but if it was supose to happen, I say to let me keep the space mode and update space mode, but if it wasn't supose to happen, I say I guess it's fine...this is why I deleted it that day... but I downloaded it again! bye! :D"

- "so relaxing love this sooooo muchhhh. I have nothing to say as the wonderful game was so fantastic to play. It is a great game to play whilst u are stressed because it calms u down so so so much. I would totally recommend this app as it makes u feel so ecstatic and excited on achieving new aeroplanes, and it also maxes me feel giddy as I always think on the track, " which plane will win? Will it be that one, or that one ?" I hope this review was helpful! You should get this game right now!"

How to Get a California Driver's License