Dating Statistics in the State of Connecticut

The state of Connecticut is situated in the New England region’s southernmost part and in America’s northeastern part.  According to the Census conducted in the year 2010, the state had the distinction of having the maximum per-capita income in the entire country. The state is the twenty-ninth most populated in the country and happens to be the 3rd smallest state in the United States of America in terms of area.  Connecticut has 169 incorporated towns and is the 4th most densely populated state in the country.  Check out some of the key dating statistics in this American state below:

It is interesting to note that most people who are dating in Connecticut prefer to go to local restaurants on a date. They also love PDA and are fond of sharing body warmth and hugging their girlfriends or boyfriends a lot. However, the high percentage of the singles population in the state does not indicate a very encouraging dating scene in the state of Connecticut.

Going digital is not only a common phenomenon in the state but also all over the world. These days, it is quite difficult to come across a couple that did not get introduced online. On the flip side, while online dating and apps make it simpler to connect but such virtual connections come with their own share of pitfalls. The good news is that Connecticut is considered to be one of the safest places for online dating in the country.

A useful report has been shared jointly by SafeWise, as well as, HighSpeedInternet.com that throws light on the safest and the riskiest states for online dating in the United States of America. They correlated the most recent statistics on certain sexually transmitted diseases such as chlamydia and gonorrhea, as well as, other offenses like cybercrime and violent crime rates with online dating figures to arrive at such ranks. 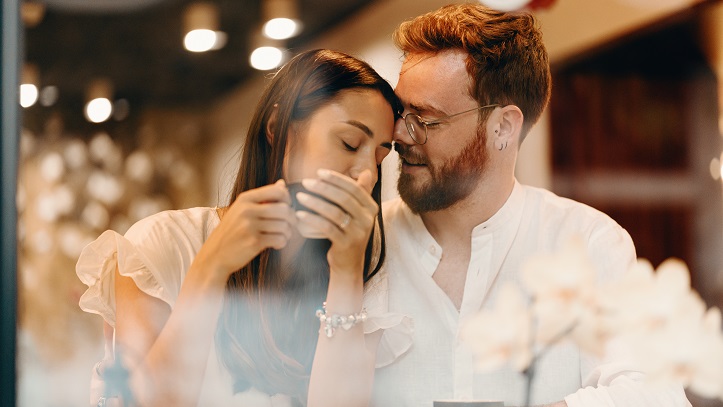 According to the report, the state of Connecticut was declared as the country’s 8th safest state for couples who are dating online. It was also reported that the state had very low rates of Sexually Transmitted Diseases and other criminal offenses. The same report also revealed a theory wherein Sexually Transmitted Diseases were linked to the country’s violent crime in each state.

The good news continues for the Nutmeg State even in 2019 as it ranked at number 9 on the top safest cities list for online dating this year.

In 2017, the results of the Youth Behavior Risk Survey revealed that around 10% of Connecticut’s teens went through sexual dating violence during their high school days. The definition of sexual dating violence is to force someone to have intercourse, touched or kissed without the latter’s permission. Also, around seven percent of the teen respondents shared that they had to endure physical dating violence including being slammed into something, hit, or injured with a weapon or an object in the same survey.