Dating Statistics in the State of Kentucky

Love finding the right partner, settling down for life and such important life decisions always considered connection, conviction, and compatibility on an experiential basis rather than statistical analysis. With the presence of over 1500 dating apps, the influence of statistics is bound to have a greater say now. To many corporates, the search for love is good business and business needs data. Singles are either seeking love, aspiring for it or avoiding it. All these decisions are banking upon data. Returning to one’s home town, relocating to a college, society city or even a different state, people who are keen to amass data on lifestyle choices and expectations also Google about the dating prospects of the place in mind.

A prominent research firm of this field, IBISWorld, estimates the growing U.S dating services to a whopping $3 billion in 2018. Moreover 50 million Americans i.e. 15% U.S citizens concede to using or having used such apps and services in their search for romance. The period of 2013-2015 has also witnessed a doubling of users aged 55- to 64-years to 12%. According to Nielsen data, one in 10 American adults spends more than an hour a day on a dating app, the revenue of this segment, exclusive of acquisition of new users is expected to reach 25% by 2020.

Naturally, the next question in mind is how this factor in one’s states of residence, in this case, the State of Kentucky. Well, the good news is that despite ranking the bottom 3 in States for singles by a matchmaking company called Walterhub, Kentucky fares better at 31 as good State for online dating by an AT&T survey. Well, the despair associated with not getting married and the search for a hook-up may be two different things, but the attitude of singles and its spillover to social interactions is an important thing. Somehow, singles of Kentucky have managed to keep things hopeful, unlike Louisiana, which scores in the bottom 3 in both publications.

The AT&T survey prescribes a median of safety, opportunity, and demography and while the opportunity ranking is as low as 37 and the demography ranking even lower at 40, Kentucky fares better in the safety ranking at 10. 10 out of 50 states say a lot about dating being honest and safe, without the prevalence of deceit, fraud, or misrepresentation. A darker way of seeing it may be the fear in the people to return to the dating scene, hence the few incidences of bad dates are scary enough to prevent people from trying online dating. 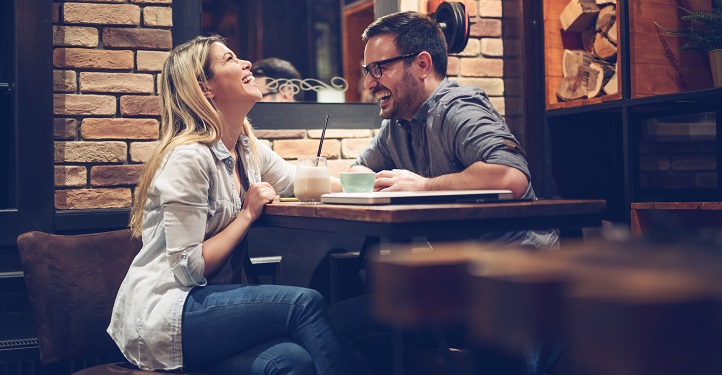 Perhaps a more pragmatic way of looking at things is to look at the demographic break up where it is an obvious fact that younger people or those crossing 50s are more prone to dating while the middle-aged avert it. In this aspect, if the opportunity rank is 37 despite middle-age heavy demography ranked at 40, one might ascertain that the middle-aged in the State of Kentucky is certainly more optimistic to date again, especially online dating.

A key factor in this comes back to safety. Now, a comparison to Walterhub may seem unfair but a trend may certainly be ascertained. Kentucky singles are unhappy when seeking marriage but moderately more willing to date again. Moreover, the middle-age demographic is the most prominent demographic. It is best to presume that other factors such as responsibilities and liabilities along with prevalent divorce rates also need to be studied to ascertain a clearer picture about the dating scene around the State of Kentucky.